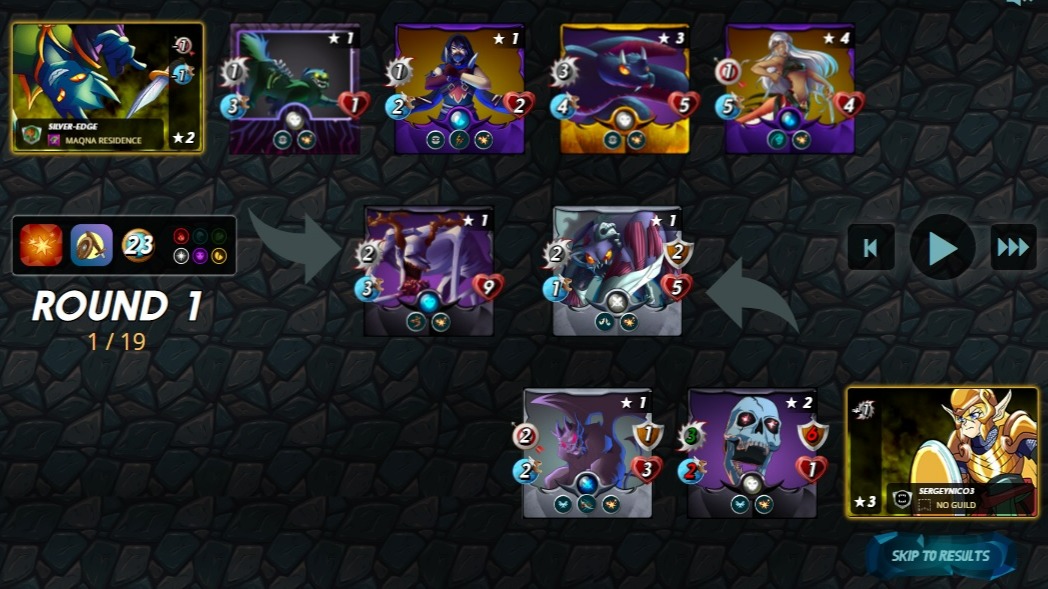 Dragons is always an interesting challenge as you can use any of the Dragons Cards.  I don't really have a lot of the Dragon Cards but when I can play the ones I have (or rent some) it can be a lot of fun. (Kitty as a summoner is great fun if you can afford a rental!)

But for todays challenge I am using a few Dragons,

Quix - sometimes underrated but a very useful dragon summoner.  Reducing enemy speed is always good and he is a good counter for Ranged obviously.

Naga Assassin - Can be a very handy backline defender with the backfire ability - sometimes this can be incredible, other times useless.  Its always fun when it works though.

Dhampir Infiltrator - a new rewards card so glad to have a challenge to use it in.  Very similar to Silvershield assassin but lower mana cost.  Can strike twice and has sneak.

So without further ado, let's get into a battle.

Funnily enough I went Dragon, for the challenge and went Death suspecting a melee lineup from the enemy and wanting the benefit of some Windreku Thorns. 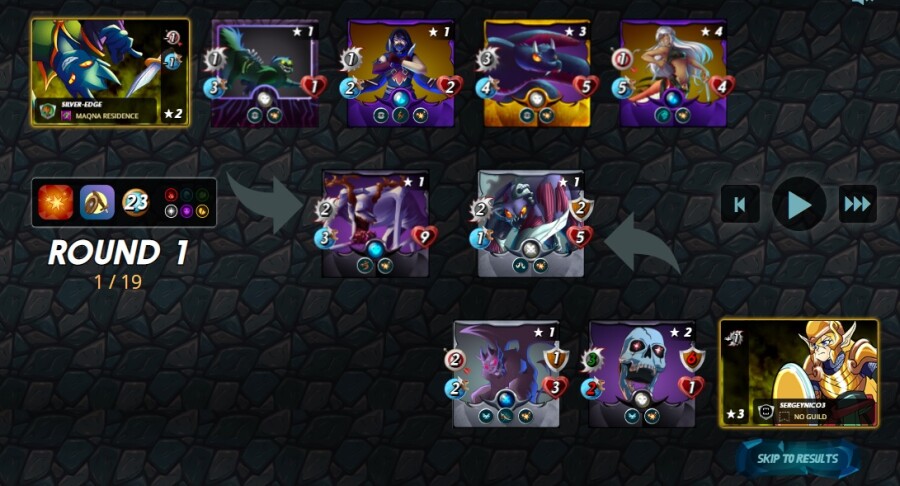 Quix (4) - Since my Quix is level 2 I could use a levelled card or two and the slow ability is always nice.

Cursed Windreku (6) - for the thorns of course;

Sha-Vi (5) - I have a gold foil so he's got a few levels when I use Quix and has a powerful three melee sneak attack;

Naga Assassin (2) - low cost small ranged attack but hopefully the backfire ability will cause some havoc!

This team used the whole cap and three different dragon cards.  I was using a lot of sneak hoping to do some big damage on the back line fast with the extra blast too!  I am definitely hoping the double strike with blast gives me an advantage as well.

The enemy went with a dragon team too (perhaps doing the challenge too?).

Disintegrator (7) - A solid anti-melee tank with the melee attack reduction!

Also using the whole cap this team was interesting as it did not focus on melee as much as I would have.  Still the cards are pretty solid and strong vs melee while being able to deal a fair punch too with Daria's bonus.  I probably would have substitued the Devil for something with melee that could hit from the backline but each to their own.

And on to the battle.

Turn One - My team goes first - Thanks Quix - The Assassin and the Windreku starting from the front and the Sha-Vi, Infiltrator and the Badger from the back.  The badger missed and one of the Infiltrator's shots missed (probably that flying from the Gargoya Devil) but all in all some decent damage done and the armor on that Skull is being chipped away by Blast.  In return his team attacks and the blasts take out my Badger but while his team has drawn first blood its defenses are falling away as you can see from the screen below with his team having only six life and three armor between them. 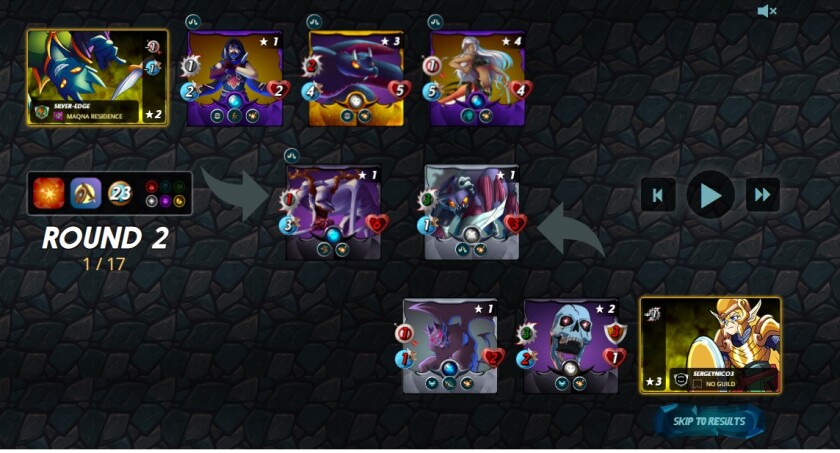 Turn two starts and again my team strikes first.  The Windreku and the Assassin chip away at the Disintegrator and the Skull while the Sha-Vi unfortunately misses.  The infiltrator then goes next and both shots hit the Gargoya Devil and blast the Skull out of the match.  This leaves the Disintegrator with just one life and he suicides on the Windreku's thorns.

And that was that - a quick two turn battle.  If there had been no misses on my side it would have been even easier.  The double strike and blast combo showed up well here as every extra blast can make a big difference.