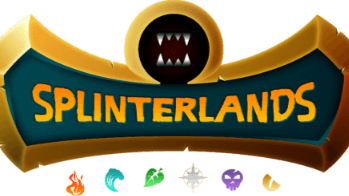 Splinterlands - Battle Library Nineteen - When can you use the Ant Miner?

The Ant Miner - I can hardly recall a time that I've had a use for the Ant Miner which makes me sad as I think it was one of the earliest Gold Foil rewards I got.  I remember being quite excited about it at the time but later realising that while having the card is nice that the Ant Miners were not that useful at the level I work in (there are almost always better choices!).

This battle features the Ant Miners however in a battle where I finally found them useful as more than a filler!

- Fire or dragon only;

- Equalizer - All cards have the health of the highest monster played by either team;

- Even Stevens - only even mana cost cards can be played;

To start, I was working on Fire dailies so I was keen to run with Fire so my summoner choice was quite easy.   I guessed that Magic wouldn't be a big issue since it was a Fire/Dragon only matchup so I figured that both sides would use a fair amount of melee so Antoid made a lot of sense to be in the team.  As a surprise I decided to try run a couple of blast cards hoping that even if Antoid was in first slot I'd get a few bonus shots on second slot and I decided to run with Efreet Elder in last slot hoping to get last stand off at the end.

And so my line up was:

Exploding Rats (4) - Fast and with Blast and a decent attack thanks to Tarsa.  With the equalizer ruleset has a solid health pool too;

Antoid Platoon (4) - To be the main tank once the rats died due to the shield ability (and since Living Lava was excluded);

Ant Miners (2) - Equalizer is a great time to use the Antminers as they can survive long enough for Scavenge to take effect!

Pyromancer (6) - For the two ranged blast attack which would support the Rats;

Efreet Elder (6) - Magic attack to help vs shield and last stand which can be lethal if the match gets there;

Using 30 out of 30 this team had some solid melee, survivability (shield/scavenge/flying/last stand), had a bit of blast and magic and a solid life pool.  I wasn't sure what my opponent would go with but I felt that I had a solid all around team that should be a hard nut to crack.Now, what did the opponent go with - an earth team - no he must have been thinking along the same lines as me as he went with a similar team.

The opponent went with a fire team and with Tarsa as well - a mirror match - who picked the better lineup, lets see:

Elven Defender (8) - solid neutral tank with both armor and life;

Antoid Platoon (4) - To be the main tank after Elven Defender died due to the shield ability (and since Living Lava was excluded);

Parasitic Growth (4) - is slow but has opportunity with two melee (due to Tarsa).

Xenith Archer (2) - a single ranged attack but with low mana cost to fill out the team;

Turn One - Our respective Spark Pixies go first damaging the tanks.  Exploding Rats bomb the Defender and blasting the Antoid Platoon. Efreet and Pyro mancer both hit the Elven Defender - Pyromancers blast was ineffective.  His Firebolt/Defender/Archer and Parasitic growth combine to kill the Exploding Rats triggering the Ant Miners scavenge and bringing my Antoid Platoon to the front and due to speed they get a chance to attack and promptly miss.  The turn ends with my Antoids tanking with two armor/nine life and his Defender up front with six life. Turn one goes to him.

Turn Two - Pixies go first again hitting the tanks. Efreet and Pyro hit his Elven Defender with blast still useless against his Antoids. His Scavo/Archer/Parasitic Growth all chip away at my Antoids before my Antoid kills his Elven Defender.  With his Defenders death my miners scavenge is triggers and his Antoids get up front and get a turn and hit my Antoids.  The turn ends with our respective Antoids in front, mine with five life, his with one armor and nine life. Turn two evens up the teams but he is still looking stronger!

Turn three - A fairly even turn with both sides just chipping away at each others Antoid Platoons.  The turn ends with both Antoids still alive - mine barely with one life, his with six life.  His team is still looking stronger!

Turn four - his team starts by quickly killing my Antoids while my team keeps chipping away at his Antoids. Ant Miners are now my tank starting with a respectable 12 life thanks to scavenge. However by the end of the turn my Antminers have survived but with only five life left compared to his Antoids still holding the front line with two life;

Turn five - Pixies go first damaging the tanks, Efreet Elder finally takes out his Antoids triggering the miners scavenge and bringing the Parasitic Growth to the front to promptly get shot by the Pyromancer who damages both it and the spark pixies.  As revenge the Firebolt/Archer and Parasitic growth kill the Miners (who have soaked up a fair bit of damage) crippling my attack as now Pyromancer is up front and cannot attack.  The turn ends with his team well ahead with his Parasitic Growth tanking with five life and my pyromancer on nine life.

Turn six - Both teams chip away at the tanks with the turn ending with my Pyromancer on two life and his Parasitic Growth on two life.  It's not looking good....

Turn seven - His pixies quickly kill my Pyromancer further crippling my attack by putting my pixies in first slot.  The elder takes a shot at the Parasitic growth before his team all take a shot at my pixies but speed and flying mean the archers and the firebolt miss.  The parasitic growth does manage to hit meaning the turn ends with the growth on one life and my pixies on seven life.  Definitely looking like his team has the edge on mine.

Turn eight - His pixies get off one more shot before my Efreet kills his parasitic growth to bring his pixies up to tank.  His team keeps firing at my Pixies but two misses later the turn ends with my pixies on five life and his on eight. Is the tide turning - it's now three on two with us having equal tanks but he has three ranged to my one magic damage!

Turns nine - 11 - Both sides chip at each other pixies but a number of misses work in my favour meaning my pixies survive till turn 11.  It's now three on one but whats that? LAST STAND!  Efreet Elder stands strong and beefs up to 14 life, two magic attack and five speed to tank against his Pixie who now has five life.

Turns 12 - 14 - Both sides keep chipping away at each other with turn 14 ending with his pixies succumbing to the Efreet. His Scavo is now tanking with nine life and only the archer can attack with his one ranged attack.  My Efreet is standing strong on nine life and has two magic damage so it's going to be be a war of attrition to the end!

Turns 15-22 - His archer and my efreet keep firing away but the benefit of speed and magic show up as three misses mean that on turn 19 my Efreet has killed his Firebolt and his archer is in front and will now be ineffective. My efreet has eight life, his archer with nine but I can't lose now.  Even with Fatigue coming up my Efreet will toast his archers with nothing coming back so the battle ends on turn 22 with my Efreet still with five life!

WOW!  A long battle - his positioning with Antoid Platoon in second slot really slowed my damage as blast was not very effective.  Notwithstanding that two things worked in my favour - Ant Miners soaking up the extra damage due to scavenge meaning the Efreet and Last Stand were able to hold out at the end.

And that about sums it up! A satisfying win for me! Hope you enjoyed the battle and if you found it interesting and are not into Splinterlands yet give it a go: