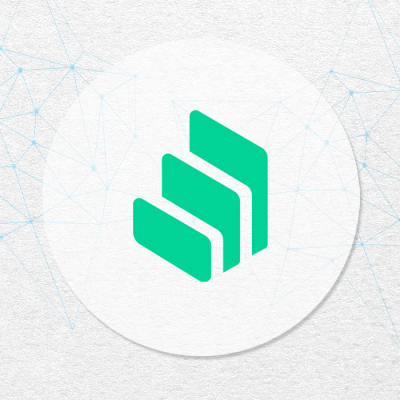 Compound Finance is a decentralized lending platform that uses an autonomous interest rate protocol that lets users earn interest on or borrow assets against collateral. Asset holders can contribute liquidity to the market, for which they are rewarded. Rates depend on supply and demand, and different assets hold different rates.

The platform was launched in August 2017 by Robert Leshner, who also acts as the company’s CEO. The team currently has 15 members, with Geoffrey Hayes serving as CTO. The team expects that its protocol will increase the possibilities with open financial applications, and to that end has seen investment from some of the biggest names in the blockchain and cryptocurrency industry. Notable investors include a16z, BainCapital Ventures, Coinbase, Paradigm, Polychain Capital and Dragonfly Capital.

The project’s mainnet was first launched in September 2018, with version 2 following in May 2019. Compound achieved recognition when it launched the $COMP token in June 2020. The governance community, led by Polychain Capital, approved the use of the token on the mainnet following a testing period, which subsequently led to a large influx of users and investment.

The introduction of the COMP token has resulted in Compound Finance quickly becoming the largest contributor to the decentralized finance (defi) space, with its total locked valued exceeding $630 million.

Hi everyone, we are back with another episode of our podcast allowing you to get to know people working behind the scenes of the crypto industry. Today we catch up with Pranjal Prashar, the Founder of Paxo Finance. Paxo Finance is a decentralized, se...

If you want more cryptocurrency analysis, including full-length research reports, trading signals, and social media sentiment analysis, use the code "Publish0x" when subscribing to CryptoEQ.io to make your first month of CryptoEQ just $10! Or simply...

APR v APY. What is the difference?

As you surf in the world of crypto, there are many abbreviations you come across. A couple of them are APR and APY for sure if you are into passive income. Let's take a look at what are these, and how one differs from another.  Before we dive into th...

Bear With Me: What The Hell Is A Bear Market And How Do We Survive It?

The market has been on a downward trend and most assets such as cryptocurrency, stocks, etc., have dropped immensely. Add in inflation and people/companies are being hit hard financially. All of this is a strong indication that we are officially in a...

Compound COMP: One of the First DeFi Lending Protocols on Ethereum

*obligatory not financial advice*   What is Compound? Compound is a lending protocol that is native to the Ethereum blockchain and the distribution of its governance token was one of the main catalysts for the massive DeFi boom in 2020. Compound allo...

My Hodlnaut story- a place to still get interest

They finally did it. One dark fateful day, Celcius announced they would stop paying interest on new deposits in the USA.  Well the exception is unless you’re an accredited investor. Sorry,but I don’t meet those requirements.     Luckily there is sti...

I seen and heard good reviews about Lend Flare as a revolutionary lending platform. My question is ... Why Lend Flare? It's time for DeFi education and a seminar in innovative learning solutions. Lend Flare vision is to solve three DeFi problems: eff...

Long-time readers would know how I am a huge fan of passive income and always try to create new streams because one is just not enough.  Fixed deposits are old school. Even though interest rates have plunged from the economic downturn following the g...