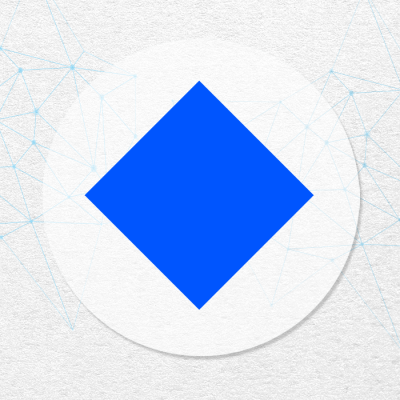 Waves (WAVES) is a cryptocurrency made by Alexander Ivanov in 2016. It is a decentralized blockchain platform that allows users to launch their own cryptocurrency with crowdfunding capabilities. It also offers a complete Decentralised Exchange (DEX) and has smart contract capabilities.

The Waves Platform was launched after a $16 million ICO. It was intended to move payment systems and crowdfunding to the blockchain and is often referred to as a decentralized version of Kickstarter. The platform is designed so that users can create their own customized cryptocurrencies and projects in a matter of minutes,allowing the capability to crowdfund their project like an ICO. The Waves blockchain also allows for smart contracts that are powerful and secure.

WavesDEX is a decentralized exchange built on top of the Waves blockchain. The decentralized exchange allows users to trade common cryptocurrencies such as Ethereum and Bitcoin against WAVES. The WavesDEX also has fiat gateways in which users that comply with KYC are able to deposit and withdraw fiat currencies such as USD, EUR and JPY. Perhaps the most important feature about the WavesDEX is that it is completely decentralized. This means that when a user creates an account, they are not required to send their funds to another party to hold. Instead, the platform will create fresh keys for the users to keep stored and secured, giving the user the sole responsibility for their funds on the exchange. This is an extremely important feature as it circumvents the possibilities of hackers targeting exchanges which typically results in users taking the losses.

In this tag you can discover Waves (WAVES) news, price prediction, opinion and analysis created by users.

Hi, this is my first post so let’s introduce myself. I'm a NFT art seller and I’m promoting a project where I support art students by selling for them their own artworks. I’m on the Ethereum blockchain working on OpenSea marketplace, where I'm focus...

All about Krill (KRL) A community on Waves exchange and Facebook.

I stumbled upon krill over a year ago.  A friend invited me to this facebook group called krill.  Krill is available on the waves exchange.  It can be purchased with WAVES.  The experience has been an exciting journey.  I have enjoyed the atmosphe...

It Can Be Another Classic Breakout Of Waves Coin

Retracement and EMAs:After a huge rally, the price action of waves coin has been retraced between 0.618 to 0.786 Fibonacci retracement level. This retracement can be easily seen in the monthly time frame. Now the price line is testing the exponent...

1: Waves Ducks là gì?   Waves Ducks is a game centered on collectable digital duck images, developed for active members of the Waves ecosystem. In this game, users acquire and collect digital images of ducks, which we call Waves Ducks. 2: The game’s...

Back in the mid-2010s, many high-tech platforms like Ethereum started to arise on the cryptocurrency landscape. Their main value was that they helped others realize their value — to build decentralized applications, attract new users, and implement n...

In this article, I will take a look at the seven altcoins that increased the most over the past seven days (June 11th - June 18th). Note these are top gainers in top 100, there are other projects that have gained more that have smaller market caps. ...

CryptoCurrency Academy AMA with Muna Founder: A Way to Save USDN and Earn Interest Daily

Here’s the third AMA (Ask Me Anything) CryptoCurrency Academy (C.C.A) had with Muna Founder, Henry Chukwuka on May 31, 2021, 3:00 (UTC). Muna is a simple and safe crypto savings app that rewards savers with daily interest. Africans can now save and e...

We all want to know the next best altcoin. Some of the contenders are Enjin, Algorand, Basic Attention Token, Decentraland and Waves. ENJIN The Enjin Coin envisions to make NFTs mainstream. The market price stood at $1.444 at 3:00 PM UTC. It has a ga...

How to Create your own Crypto

There are many different ways that we can create a crypto using binance or metamask wallet. Some of they require coding and some not. The fees also vary from 50 to thousands of dollars. But I am gonna discuss about the simplest and cheapest way to...

DeFi on WAVES is easy and for everyone!

I've been using DeFi solution on waves for a few months and every week some new way of earning yields is added by the team. The Waves ecosystem recently surpassed 2 billion $ in TVL, with a stated goal of reaching 10B thanks also to a major upgrade t...