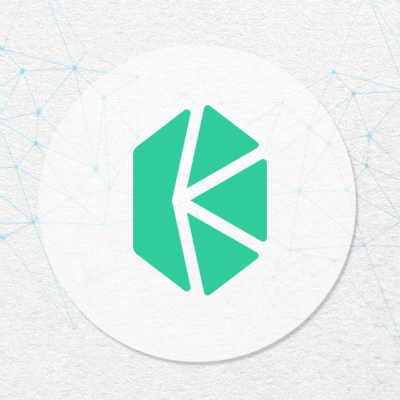 Kyber Network is an on-chain liquidity protocol that focuses on the exchange and conversion of digital assets. Project Director Loi Luu conceived of the idea in 2017. Kyber Network conducted its ICO in August 2017, raising $60 million and becoming one of the largest ICOs of 2017. The project counts Vitalik Buterin as one of its advisers.

Envisioned as a decentralized version of ShapeShift by Luu, Kyber Network aggregates liquidity from token holders, liquidity pools, market makers and projects, and matches them with end users, wallets, dapps and exchanges. The result is a faster and more secure exchange of tokens, in addition to increasing liquidity.

Kyber Network’s core design philosophy is guided by 3 principles: platform agnosticism, instantaneous transactions and ease of integration. These principles together steer Kyber Network towards its goals of connecting various token economies together to increase their utility and adoption.

Given the purpose of the platform, Kyber Network has made an effort to expand the ecosystem and bring more partners on board, including being integrated into HTC’s Exodus blockchain phone for the purpose of facilitating decentralized token swaps. Key players in the platform’s ecosystem include MyEtherWallet, Enjin Coin, the Opera Browser, and Coinbase.

In early 2019, Kyber Network published a list of long-term objectives: creating a permission-less liquidity protocol that can operate on any smart contract compatible blockchain; supporting the growth of decentralized economies; and establishing a stronger governance framework. Unifying the various stakeholders in the ecosystem under one democratic governance framework is a high priority in 2019.

“After the Curve Finance exploit last month, the decentralized exchange (DEX) KyberSwap joins the list of DeFi projects to suffer a front-end exploit. On Friday, the Kyber Network, the liquidity protocol on which KyberSwap is built, confirmed reports...

Create your financial freedom with KyberSwap!

Introduction   Are you tired of searching for a new Exchange/cryptocurrency without positive results? Do you want to swap your tokens/coins at the best price rate? I have the answer to your problem: KyberSwap  But, maybe you're asking in your mind: '...

$KNC with a lot of potential right now

Kyber Network is a hub of liquidity protocols that aggregates liquidity from various sources to provide instant transactions on any Dapp, which works practically on any possible chain, and fully interacts with them.The main goal of Kyber Network is t...

This Is A Historical Breakout Of Kyber Network Crystal v2 (KNC)

Hello everyone, Breadcrumbs of today, this is not financial advice, remember to DYOR before investing. Take care!!!   What is GameFi and Why Build on Oasis https://medium.com/oasis-protocol-project/what-is-gamefi-and-why-build-on-oasis-e78301dc483f?...

Hello estimated readers and publishers and eventually followers,           Excelencia is hoping each and everyone of You is fine, and doing great things in the Crypto-Kosmos! After a long interval in which I didn't publish anything in PublishOx, whil...

DYP Leverages KyberDMM to Boost Its Token Liquidity on Avalanche

DeFi projects that still pay over 50%

Bienvenidos mis ositos, tu siempre eres mis queridos! (Welcome back little bears you are always my dears!) It might feel like liquidity has dried up and yield farming has died. However I think people are just grouchy from a stalled bull market. While...

From now on I will publish updates once a week. I have given up writing a separate recap from previous weeks because you can follow it all on my twitter For the last 3 weeks my main goal has been to farm DFYN. As probably some of you, the adventure w...