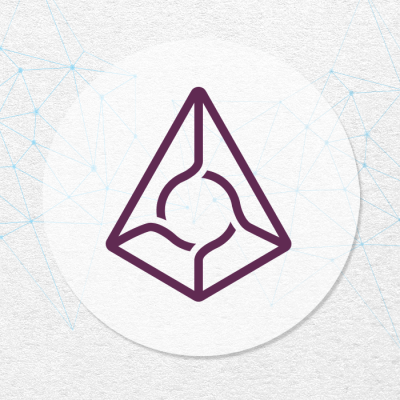 Augur (REP), a decentralized prediction market, was launched in 2015. It was one of the earliest decentralized applications on the Ethereum blockchain.

Users are rewarded for making correct predictions on the outcome of events, which can be on any topic. Operating on the “wisdom of the crowd”, users stake their REP tokens on a predicted outcome. In other words, when more individuals make predictions together, the prediction is more likely to be correct. Augur is the most well-known of prediction markets in the cryptocurrency space. Vitalik Buterin himself has said that prediction markets were an important application of blockchain technology.

The Augur platform lets users customize events to a great degree, and the platform’s prediction questions span a range of topics. Using a Proof-of-Stake approach for its consensus, the REP token is an ERC-20 token that is supported by Ethereum compatible wallets.

Augur has been working on version 2 of its platform since its launch in July 2018, and this has been undergoing security audits. The new version brings several major upgrades to the platform, including DAI token integration, Use or Lose forking, an auction based REP price oracle, a buy back and burn fee system, among many other changes. There is no news as to when this upgrade will exactly be released, but it is expected soon.

We have just started using Kucoin, the peoples exchange. Kucoin has a no KYC option  ❤️   ❤️   ❤️  and the Dust Converter ❤️   ❤️   ❤️   ❤️ Previously we had been using Binance to consolidate all the free crypto and the dead and dying shitcoins into...

An Early Ethereum DeFi Staple with Little Competition Is Struggling After All These Years. How Is That Possible?!

If you want more cryptocurrency analysis including full-length research reports, trading signals, and social media sentiment analysis, use the code "Publish0x" when subscribing to CryptoEQ.io to make your first month of CryptoEQ just $10!  Or just c...

Pooltogether is a protocol that enables "No Loss" lotteries and Polymarket is a prediction market based in Polygon's PoS chain. If we combine the best parts of both protocols i.e. ("No Loss" + "Prediction Market / Wisdom of the Crowd") we get "Entrop...

Augur Turbo | The Future Model Of The Sports Betting Industry?

Ever since I read the article Bitcoins, Blockchains, and the next stage of online betting back in May 2017, I got sold on Crypto instantly seeing how this could be a real gamechanger revolutionizing the Sports Betting Industry. I followed this market...

Welcome to Q DeFi Rating and NOAH`s ARK reviews!  Bookmark our site to keep up with all the latest reviews from the most informative DeFi project. Subscribe to our YouTube channel, a place where you can find lots of useful videos about the most promi...

Welcome back to the roundup fellow cryptocurrency enthusiasts. Today I’ll be talking about some tip predictions on Publish0x. So... 2 days ago, I was actually looking on the Popular article section of Publish0x, and I come across a heartwarming arti...

4 Platforms Where You Can Bet on U.S. Election Outcome

So far, the US Presidential Election has been quite turbulent. With Coronavirus spreading through the population, the majority of votes cast were through the mail. For this reason, it seems that some crucial states are delayed in the counting of thes...