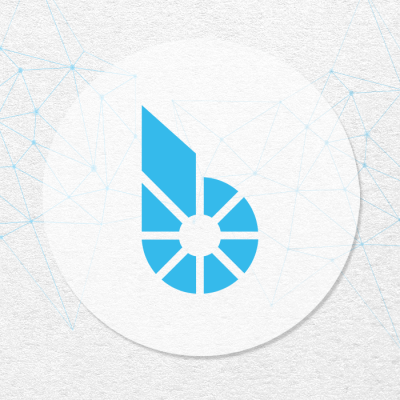 BitShares (BTS) is an “open source business development and financial management platform” that was founded by Dan Larimer in 2014, who also founded Steem and EOS, and launched in 2015. BitShares is essentially a decentralized exchange and is a part of the Microsoft Azure Blockchain as a Service package.

Intense research and development is going into building decentralized exchanges, which are faster, cheaper and more secure. The foundation for BitShares based on an open-source MIT technology called Graphene, which is touted as being a better performing blockchain.

The BitShares network uses a Distributed Proof-of-Stake (DPoS) consensus algorithm, in which block producers are elected to produce more blocks. 30 core token holders maintain and develop the blockchain and its decentralized apps.

The platform’s token, BTS, can be used within the network, pays for the network operations fees and can be used as collateral for loans. Cryptocurrencies can be converted into tokens that are backed by real assets, like fiat currencies, company stocks or precious metals.

The development team is currently working on releasing version 3.3.0, which is almost at completion. 2019 and 2020 will see the release of protocol upgrade 4.0.0, which would be the second protocol of upgrade of this year.

What Is New Bitshares? New Bitshares (NBS) is a blockchain-based on the Bitshares (BTS) infrastructure. Initially, BitShares was conceived to improve existing blockchains and bring technologies to a new level. It was designed to solve the problems in...

by BitShares Management Group   As promised a month ago in first announcement of bugs and updates that we will perform, StakeBTS bot update came with much more changes than we originally planned. We’ve compiled the essential highlights for you in the...

originally posted on https://news.bitshares.org/ in late June Corporate Goals, Philosophy, Vision, and action items undertaken Exec Summary – This article is to provide insights and details on the corporate structure/roadmap progress of BitShares M...

BitShares is a tech-first blockchain platform with an in-built decentralized exchange (DEX).  The project initially launched in 2014 and is said to have one of the first DEXs to operate at scale. BitShares has more to it than just the DEX. The blockc...

Brief During late 2020 and throughout 2021, BitShares has been undergoing a major transformation. Milos "Digital Lucifer" Preocanin announced new daily live streams and a podcast with all activities of BitShares (public and non-profit, as well as rep...

Capital.com boosting the BitShares Brand   With the Corporate Relaunch announced back in November 2020, a lot of unexpected support came around! From first quarter of 2021, thanks to self-initiative by the team behind Capital.com - You can get...

Knock Knock? Who’s there? NFTs! NFTs Who? Why BitShares NFTs, of course! BitShares NFTs began in community chat, then became a new initiative by some key members and core devs, and has now quickly become a project reality. What are NFTs? NFTs are...

(originally published on https://news.bitshares.org - see for this and more articles) Intro Ethereum seems to have come into the news lately on account of the highest ever fees and record income levels by the platform. Some hail the price rally, othe...

See the original post from December 2020 and more on BitShares News. Meanwhile, BitShares.org just launched a brand new main website including updates which relate back to this AMA. Be sure to check it for more details on BitShares in 2021.   Great...

BitShares added as DeFi on CMC