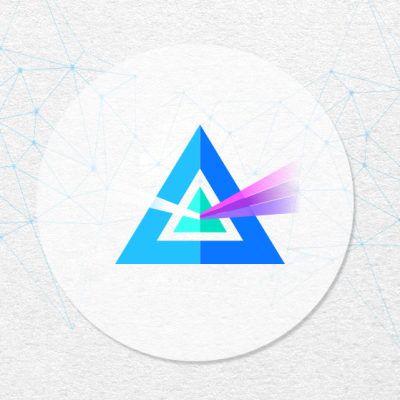 Beam is a privacy focused coin that began development in March 2018. The projects uses the Mimblewimble protocol to shield transaction data and make them untraceable.

As is the case with other privacy tokens, BEAM features an opt-in audibility option that ensures that certain types of transactions can comply with regulations. Development is open-source and the team budgets 20% of mining rewards for the BEAM growth pool, with the intention of encouraging adoption and developers to build on the platform.

Privacy coins are a very prominent niche in the cryptocurrency market, with coins like Monero and Zcash being among the 25 tokens with the highest market cap. The privacy-facilitating technology of Distributed Ledger Technologies (DLTs) has spurred multiple teams to create tokens that shield recipient and sender data, as well as the transaction amount. Contrary to popular belief, Bitcoin is not truly anonymous, and startups are seeking to address this issue by building networks that have privacy integrated into it.

After the launch in March 2018, the team began working towards releasing a Proof-of-Concept and a testnet, which they did in June and September of 2018 respectively. The mainnet launch soon followed in December 2018, bringing with it a blockchain explorer, GPU mining support, atomic swaps, a mobile wallet, a payment integration API, among many other features.

Having already completed payment and exchange, and mining pool APIs, the rest of 2019 sees the team focusing on Android and iOS wallets, multisignature support, a Lightning Network Proof-of-Concept, hardware wallet integration, TOR integration and a change to the Proof-of-Work algorithm.

Many refer to Bitcoin as an anonymous cryptocurrency, but this is far from the truth. Every wallet address has a balance and a transaction history that are available to the public. Bitcoin address is a random number of characters and you can’t see wh...

Hi dear friends, hope you are well and welcome to the new update on Beam coin.On the 4-hour small-time period chart, the price action of the BEAM has completed the final leg of bullish BAT . https://www.tradingview.com/chart/BEAMBTC/nhvHSxYi-Beam-co...

Hi everyone! Today we are launching a series of interviews with crypto enthusiasts. The first is Alex Romanov, the Tech Lead of BEAM confidential cryptocurrency. BEAM is a privacy oriented platform running the Mimblewimble protocol. Today we're here...

Will BeamX merge privacy and DeFi? What you need to know

An interesting development that the team behind Beam has announced can bring privacy and DeFi closer together. Beam has created a platform for developers to make it easier to implement privacy when creating dApps. It is also one of the prerequisites...

BEAM Cryptocurrency and Its Peculiarities

Originally published in the ChangeNOW blog Privacy coins have some unique features guaranteeing them a nice place in the crypto world. Although cryptocurrencies like Bitcoin are often referred to as anonymous, it is nothing but a misnomer. By nature,...

Alex Romanov on Beam, MimbleWimble, Lelantus, and Privacy in Cryptocurrency

Alex Romanov, tech lead for Beam, comes on the podcast to talk about the exciting world of advanced cryptocurrency privacy. We discuss MimbleWimble and the unique scalability and privacy mix it provides, as well as unique benefits as well as challen...

The cryptocurrency industry may soon welcome a new category of decentralized finance (DeFi) applications, as BEAM (Coin-focus) plans to run its second hard fork, which would give DeFi applications a layer of privacy . According to a press release sha...

Singapore - Community-driven crypto exchange BiKi.com is supporting BiKi-listed project Beam as they execute their second hard fork. The network upgrade will occur at Block 777777, estimated to be reached on 28 June 2020.  In line with their ethos o...

Mimblewimble blockchains offer improved blockchain transaction privacysource Get an envelope, put a seal on it…maybe we can just get a bag and enclose it in zips; we’ve always struggled with keeping things as secret as desired. Privacy keeps climbi...

Look at the price now. We are more than 30% grow from my article.   hello everyone I made some researches and I came with I new short article about BEAM coin If you don't know, there will be another hardfork according with their ROADMAP, as you can s...