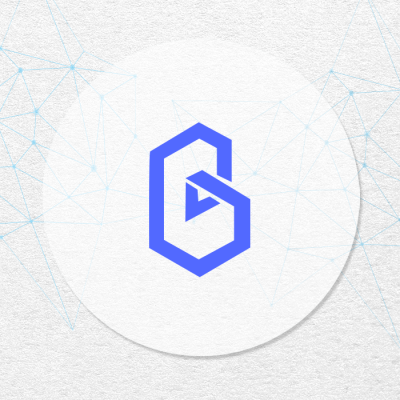 Band Protocol (BAND) is a blockchain-agnostic protocol that enables interoperability between the existing world wide web and smart contracts through oracles for decentralized applications (dapps). In addition to bridging traditional systems with decentralized ones, the project’s solutions also tackle the pain points of speed, scalability and data flexibility.

The project was founded in 2017 by Soravis Srinawakoon, Sorawit Suriyakarn and Paul Nattapatsiri, who respectively serve as the project’s CEO, CTO and CPO. The project’s whitepaper was published in Q3 2018, with a revision that followed in Q1 2019. Private and public testnet versions of the network were launched in Q2 and Q3 2019 respectively.

Broadly described by the development team as a “decentralized oracle framework for Web 3.0”, the protocol is based on the Cosmos (ATOM) Network and has the capability to process thousands of transactions per second. The network utilizes two tokens to facilitate its features, the native token BAND and “dataset tokens.”

The BAND token acts as collateral against which dataset tokens are issued. Dataset tokens represent ownership in various datasets that are used in data feeds. These dataset tokens can be used for governance and staking.

The team has already developed two functional applications of note: the data governance portal and the non-custodial BAND wallet. The latter is self-explanatory, storing the tokens that users will use on the network. The data governance portal is where users can purchase dataset tokens and commit to actions like staking. Governance decisions include deciding the cost of data query, dataset configurations and the number of data providers.

By using Defi, you can lend virtual currency and earn interest, or pay interest and borrow virtual currency. Also, services such as "banks" and "exchanges" can be run without the presence of a specific administrator. The band protocol is responsible...

#band #oracles #cosmos Band Protocol is an outstanding player in oracles. Right now, they track over 22 foreign exchange rates, 2 commodities, and over 200 cryptocurrencies out of the box! Band Protocol website: https://bandprotocol.com/ ⏰ Time Sta...

#band #oracles #cosmos Band Protocol is an outstanding player in oracles. Right now, they track over 22 foreign exchange rates, 2 commodities, and over 200 cryptocurrencies out of the box! Band Protocol website: https://bandprotocol.com/ ⏰ Time Sta...

Band Protocol is the newest oracle provider to integrate its price feeds with Genshiro, a canary network of Equilibrium and a Kusama-based DeFi parachain. Genshiro will leverage Band’s oracles which provide scalability and users with the highest degr...

The strategic partnership with Google Cloud announced by the Band Protocol project increased the value of #BAND by 30%. The announcement of the creation of a bridge with the Binance Smart Chain project AIOZ Network caused the growth of #AIOZ by 35%....

Hello and thanks for reading. This is the second instalment of my blog.   This is where I discovered there is a steep learning curve in the crypto world.    I decided I would build my crypto portfolio some more and continue to stake. This time I deci...

Hello to my friends who love life and keep smiling despite all kinds of negativity. In this article I will tell you about "LINK and BAND" rivals. Although they are rivals to each other, they provide important services to the networks they serve. Bo...

Near Protocol (NEAR) has bounced at the $4.80 support area. It is expected to soon reach a new all-time high price. Enjin Coin (ENJ) has broken out from a short-term descending resistance line. It’s potentially gearing up for a new all-time high....

Fil Mooned Right Away After I Sold It. Am I One of the Weak Hands?

“Fil mooned right away after I sold it. I am the weakest hand in the crypto world.” said one of my friend who has been trading cryptocurrency for many years. He is a user during the public sale and bought FIL at the price of $2. After the FIL is unlo...