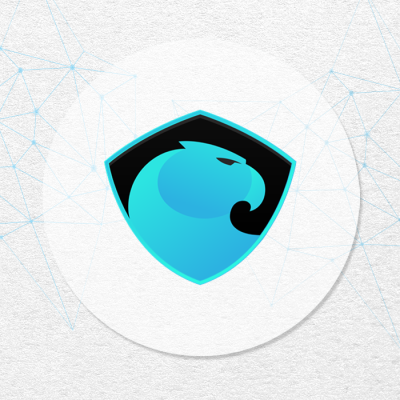 Aragon is a decentralized application (dapp) that is built on the Ethereum blockchain. Founded by Luis Cuende and Jorge Izquierdo in 2017, the Aragon dapp allows users to build decentralized organizations, complete with smart contract capabilities and the inherent benefits of cryptocurrencies, which remove any obstructions arising from geography or jurisdiction.

“Pledging to fight for freedom,'' the Aragon dapp can broadly be described as a one-stop shop for teams to create and maintain a decentralized organization. These tools include payments systems and options, voting systems for the organization, auditing features and other general applications relevant to running an organization or community. Alongside Aragon, founders Luis Cuende and Izquierdo have also formed Aragon One, a blockchain company dedicated to building the tools and ecosystem growth required for Aragon’s success.

The ANT token acts functions as the fuel for the operation of these decentralized communities, and is chiefly used for governance in communities.

The Aragon dapp is already up and running on the Ethereum mainnet, and the process of creating a community is straightforward, as the team had envisioned. Smart contracts define stakeholders in each community and the extent of their privileges. The Aragon Court Protocol resolves disputes should they arise.

The team has been working on several products in 2019, as well as a general network upgrade, the most recent of which is Aragon 0.7 Bella, released in April 2019. This year is also seeing a lot of effort being put into applications, the Aragon Court Proposal and delegate voting, among many other things. The team also offers comprehensive updates on operational, legal and recruitment efforts.

Going into 2020, the team will focus on a mainnet release on Ethereum 2.0 and a multi-client testnet that is expected to be released by the end of this year.

Lessons from the ants

Do you know about the lives of ants? Ants live in a tiny world, the same as the people. They are simple, earnest, hardworking and brave, but actually, there are many interesting things about them. Ants have their own ecological system. They grow and...

In the world of blockchains there are thousands of cryptocurrencies, each of them with different projects, purposes and goals.     Generally we can classify the price of a cryptocurrency in two ways: when the price is at a very high price, too high...

Pioneering is synonymous with cultural change. The pioneer faces a double scenario: arriving first may mean keeping the best part of the change that he/she caused, but also, ¡those who arrive first can be eaten by the natives! Image by 愚木混株 Cdd2...

The Aragon (ANT) price has broken out from a resistance area that had previously been in place since Sept. 2020. ANT is likely mired in a bullish trend and will continue rallying to at least $8. Breakout From Resistance ANT has been moving upward...

Jorge Izquierdo has resigned from his position as Aragon One CEO, he announced via Twitter on Jan. 11. Izquierdo decision was a result of disagreements with respect to governance decisions made in the Aragon Association The former CEO will continue...

A couple weeks ago, we released a post about the holy grail of voting: Off-chain polling with on-chain execution. It explored the potential of bringing on-chain execution to Snapshot, a widely adopted tool for tokenholder polling. Since then, we hav...

Aragon and Balancer Partner to Work on Snapshot

Aragon (ANT) and Balancer have partnered to improve tokenholder polling tool Snapshot, according to a blog post published on October 6. The Aragon team will work with Balancer and Snapshot creator Fabien Marino to add Aragon Agreements to the tool B...

With the extraordinary rise of DeFi taking over the entire cryptocurrency industry, there is little space for non-DeFi projects to make any headlines. Today, crypto heads are concerned with finding the next DeFi project that they can farm with the ho...

For years, the main focus of the Aragon ecosystem has been building tools for DAOs to thrive. As of today, Aragon DAOs have more than $350M in assets under management and help govern an economy worth billions of dollars. Aragon is the leading DAO pla...

The Aragon (ANT) Network’s DAO is due to be released in 2 months, the team revealed in a blog post published on August 19. Aragon Network is a 3-phase initiative that was announced in November 2019; the team describes the DAO as being able to foster...