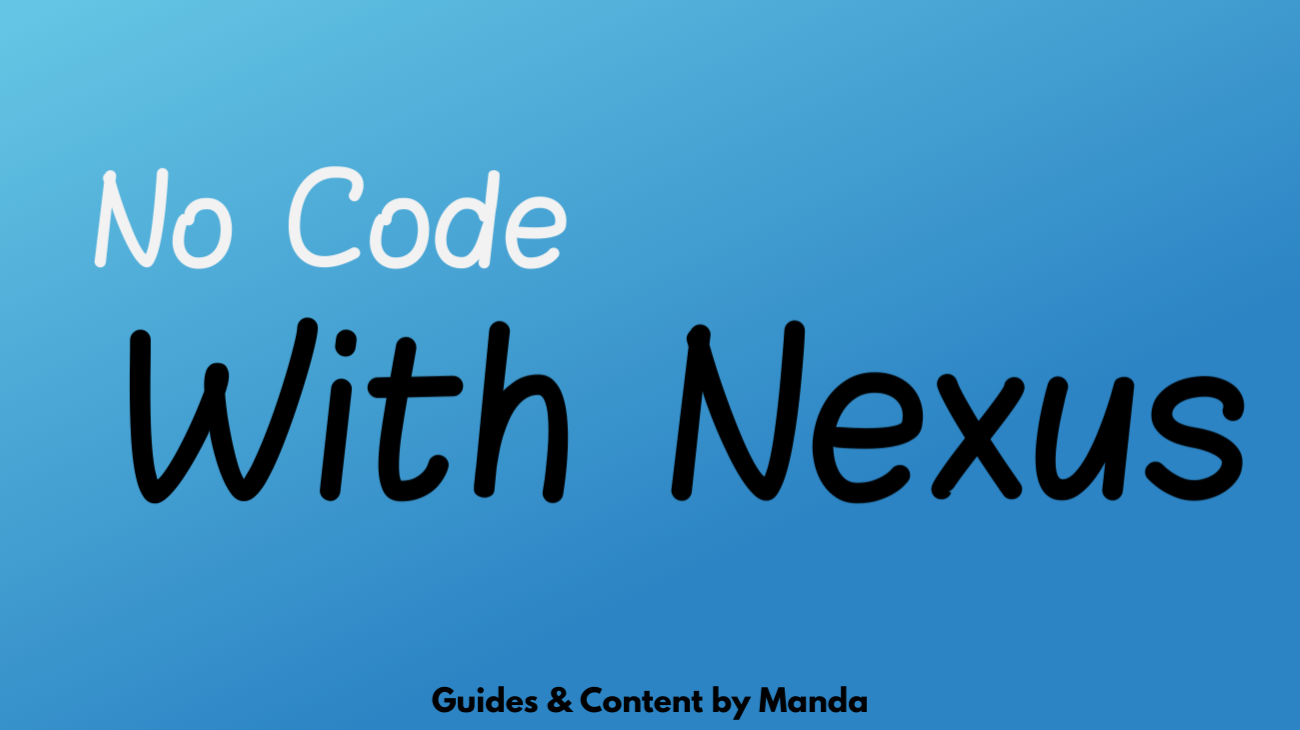 No Code With Nexus - Introduction

In the last 22 months since Nexus released their Bubble plugin, the interest in No Code development has grown significantly within the Nexus Community. I have been fortunate enough to grow familiar with Bubble and Nexus over that time, and I feel that this bridge into the Cryptocurrency world is too beneficial to not expand on to help enlighten others on what the Nexus Community is capable of.

Bubble is a No Code application building platform that lets users of any coding experience build advanced websites and applications. The Bubble Academy contains an extensive collection of learning material for its users to familiarize themselves with the drag and drop modules and available plugins. Developers do not need any prior coding experience to get started with Bubble! The learning curve can be overcome quickly, and users can connect with the Nexus Blockchain in no time.

The Nexus Bubble Plugin was released in July 2020 and contains most of the API calls that connect to the Nexus Blockchain. A full list of Nexus API calls can be found on Github with new calls being added to the plugin in upcoming codebase releases. The API calls that are currently available cover getting blockchain and mainnet information, creating and logging into accounts, creating and sending Assets (NFTs) and tokens, and more! Certain API calls do require $NXS to complete, and the Nexus plugin now defaults to the Nexus testnet server to prevent users from spending their own $NXS while developing their DApps. It is encouraged for developers to set up their own private node for long term development, and more information on how to do so can be provided in the Nexus Developers Telegram Channel.

Many ask, why is this important? My answer is this: the technology field is growing at an exponential rate, and there are many people who are interested in it but are too scared to dive in because it looks intimidating. I think that the Nexus plugin is a great introduction to the Nexus Blockchain, Smart Contracts, and other advanced technology that Nexus is working on in a practice environment before jumping into the deep end.

A popular challenge in the Computer Science field is 100DaysOfCode, which challenges people to code for 100 straight days. My goal is to put the no code spin on it and create learning material for an eventual 100DaysOfNoCode with Nexus! Nexus already has one tutorial available (that I demoed during the Spring Virtual Conference in 2021), but I hope to go really in depth with it to give Nexus Community members the opportunity to get comfortable with the plugin over a period of time.

This blog will be a compilation of various tutorials for the Nexus plugin, building up in complexity over time. If there are any specific tutorials that people are interested to see, drop them in a comment below or reach out to me on Twitter or Telegram! :)

Developer in the Blockchain and cryptocurrency field. NFT creator. Sharing my journey in the crypto world!

No Code With Nexus

Content and Guides for the Nexus plugin found on the No-Code platform Bubble.