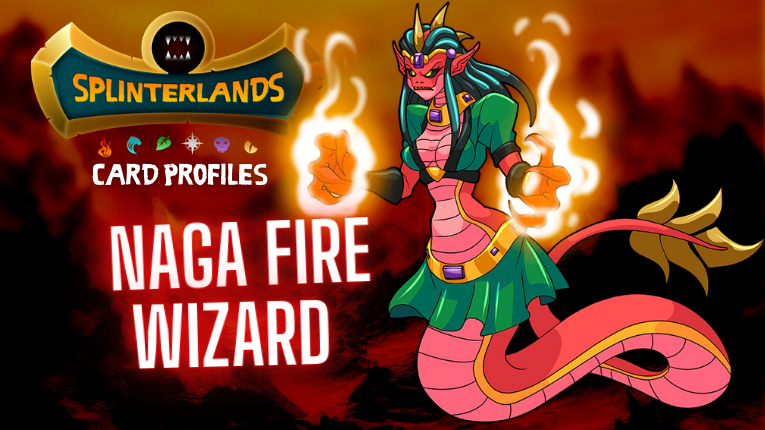 Born of tubes and liquid tanks,
Sold into the Torch's ranks,
Cursed with knowledge, sharp and keen,
Filled with flames and magic genes.

Size - Naga come in many different sizes, but fire naga, in whose model the Naga Flame Wizards were created, are one of the largest. The smallest are the amphibious naga of the Water Splinter, and those found in Draykh-Nahka (the sand naga) are typically medium in size. Naga in the Burning Lands (also known as fire naga) are not to be confused with serpentines, for there are a few key differences. The most notable of these differences are the hands. While serpentines have humanlike hands that can easily grip weapons, fire naga have massive claws that cannot hold weapons as easily, but are deadly enough on their own.

Lifespan - The first generation of Naga Fire Wizards was created about two years ago in the Gloridax science facilities of Draykh-Nahka. Shortly after their “birth,” this small group of enhanced naga wizards was traded to the Torch, who brought them home to the Burning Lands. Instead of being born from an egg and growing gradually as most fire naga do in the Burning Lands, the Wizards were crafted in tanks, and emerged as completely grown and sentient beings. It is still too early to tell, but it is their creators’ hope that the Naga Fire Wizards entered into the regular life cycle of a natural born fire naga. If so, they will live healthy lives for the next 50-60 years. If their creation was imperfect in some unknown way, their bodies will show signs of deterioration in the coming years.

Weapon - All fire naga living in the Burning Lands have some level of innate ability to handle or create fire. Those in whom this power is least are able to burn their scales without being harmed, and those with the greatest power can create and control projectile explosions. This fascinating power is what led the scientists of the Gloridax science facilities to create Naga Fire Wizards from the DNA of fire naga. They were successful in reproducing the fire naga’s deadliest abilities, while also instilling the Naga Fire Wizards with clever strategic minds, introspection and self control. This special group of created naga is now one of the Torch’s most valuable military assets. They are heavily armored to withstand punishment in battle and they can resist tremendously high heat. When attacked, their bodies let loose a sudden surge of heat that instantly burns the attacker, who can never escape unscathed. Their attacks take the form of magical orbs of fire that grow first from the claws of the wizard, then are loosed toward their enemy.

Habitat - The Naga Fire Wizards are a new addition to the magic arsenal of the Torch. Their existence itself is the result of a genetic collaboration with the Gloridax Science Facilities. Today, there are only a handful of Naga Flame Wizards, and they are kept in a fortified cave, under the close observation of Flaming Robe scientists. The cave where they are kept is called Subrahm Inkogu, located somewhere in the south Ashlands. The hidden doorway to the underground laboratory is covered by a thick layers of ash, the same ash that is spread all over the ground of that region of the Burning Lands. The gate can be opened from the outside by remote controls that are held by only the Generals of the Torch and other top officials.

Diet - In the wild, lone fire naga must eat whatever they can find. This includes reptiles and rodents that wander the ground, any prey that they are able to trap or hunt, and vegetation from the sparse forests. Plants offer them the most options, so the greatest concentration of fire naga lives in the north region, the area of the Smoldering Forest. Naga Fire Wizards are kept as captives in the south Ashlands, so they must eat what is given to them. Additionally, they require far more food than a typical fire naga to sustain their powerful magic. In order to meet the demands of a high calorie diet and the restrictions of their location, Naga Fire Wizards are given vast amounts of seafood and seaweed. Feeding the wizards has kept many commercial serpentine fishermen in business for the last year.

Allies - Naga Fire Wizards were created to be subservient to their Gloridax masters. Since they were put to use by the Flaming Robe however, these Wizards have been named, honored, and showered with gifts. Even though they are held as prisoners in a secret cave of the Burning Lands, they see themselves as esteemed guests and (so far) have had no desire to leave their confines. Their luxurious treatment has brought the Naga Fire Wizards to realize that they have egos of their own. Now they answer to no one, and they grow smarter every day. While they tolerate the Torch scientists who spend their days feeding and studying them, the Naga Fire Wizards’ only friends are one another.

Enemies - Naga Fire Wizards are fully aware of how they were created by the Gloridax as an experiment, then traded as slaves to the Torch. They are glad that they found their way home to the Burning Lands, and they harbor no ill-will toward the Torch who lets them live comfortably. But they will never forget the ruthless dragon scientists who gave them life and cursed them with such cruel awareness of their own existence. All dragons are the sworn enemies of the Naga Fire Wizards for as long as they will live.

Pastimes - Naga Fire Wizards were not born, nor did they hatch from eggs. Their wombs were test tubes, and their parents wore labcoats and spectacles. Memories, instincts and impulses were thrust upon them as they were brought, gooey and slithering, into the world by artificial means. All the time they have is spent in a state of accelerated learning, which is one of the Gloridax gifts for which the Fire Wizards are actually grateful. 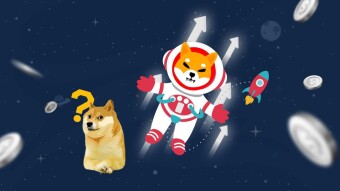