Yesterday there were elections in Spain (Spanish General Election), participation has been very high, more than 75% and the winner has been the Spanish Socialist Workers Party (PSOE) with 123 seats. The second party has been Popular Party (PP), with 66 seats.

The sum of the "Spanish Socialist Workers Party" and "United Podemos" (PSOE + UP) can form a left government with 165 seats (absolute majority), although it can also form a simple government. This result leaves in opposition to the three parties of the political right (PP, Citizens and Vox). 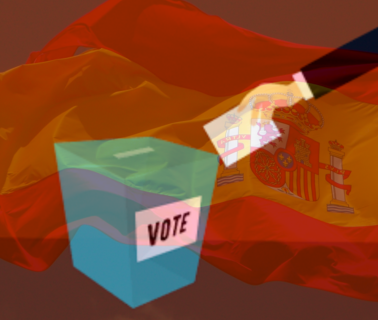 Below you can see the seats obtained in the Congress of Deputies of the six main parties in Spain: