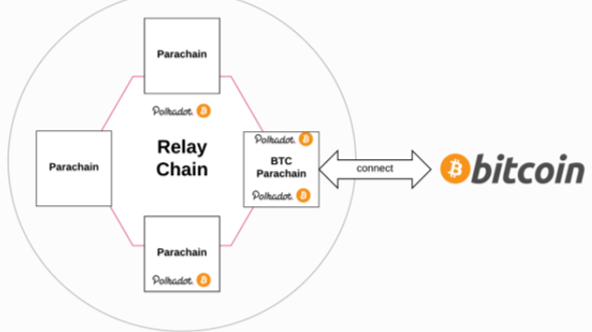 PolkaBTC - Tokenized Bitcoin under the Polkadot protocol is on its way

Interlay, a blockchain startup funded by the Web3 Foundation, will launch PolkaBTC early next year, a tokenized Bitcoin based on the Polkadot blockchain.

Like all tokenized Bitcoin, PolkaBTC will be backed by 1: 1 with Bitcoin.

The Polkadot network project aims to compete directly with the Ethereum network, thus launching its own tokenized Bitcoin to match the Wrapped Bitcoin (WBTC).

According to Interlay, the network intends to use its parallel chains known as "parachains" to use Polkadot's native token, DOT, as a guarantee for the issuance of PolkaBTC.

In this way, users of the Polkadot network will be able to use tokenized Bitcoins to issue contracts with other users or to be used in any decentralized finance investments.

The schedule for the launch of the new tokenized Bitcoin will begin in November, with the launch of an alpha testing platform for Polkadot.

Next, the second testing phase will come with the launch of a beta testing network with enhanced system features.

Finally, after having approved these two PolkaBTC test networks, the company plans to launch the main network still during the first quarter of 2021.

The company will follow these steps with caution, since other tokenized Bitcoin protocols have already had their processes canceled due to governance failures or vulnerability.

This is not the only project that Interlay intends to launch in the short and medium term. The company, together with the Polkadot protocol, are working to launch XOpts, a non-custodian platform that will come to compete as a Uniswap protocol.