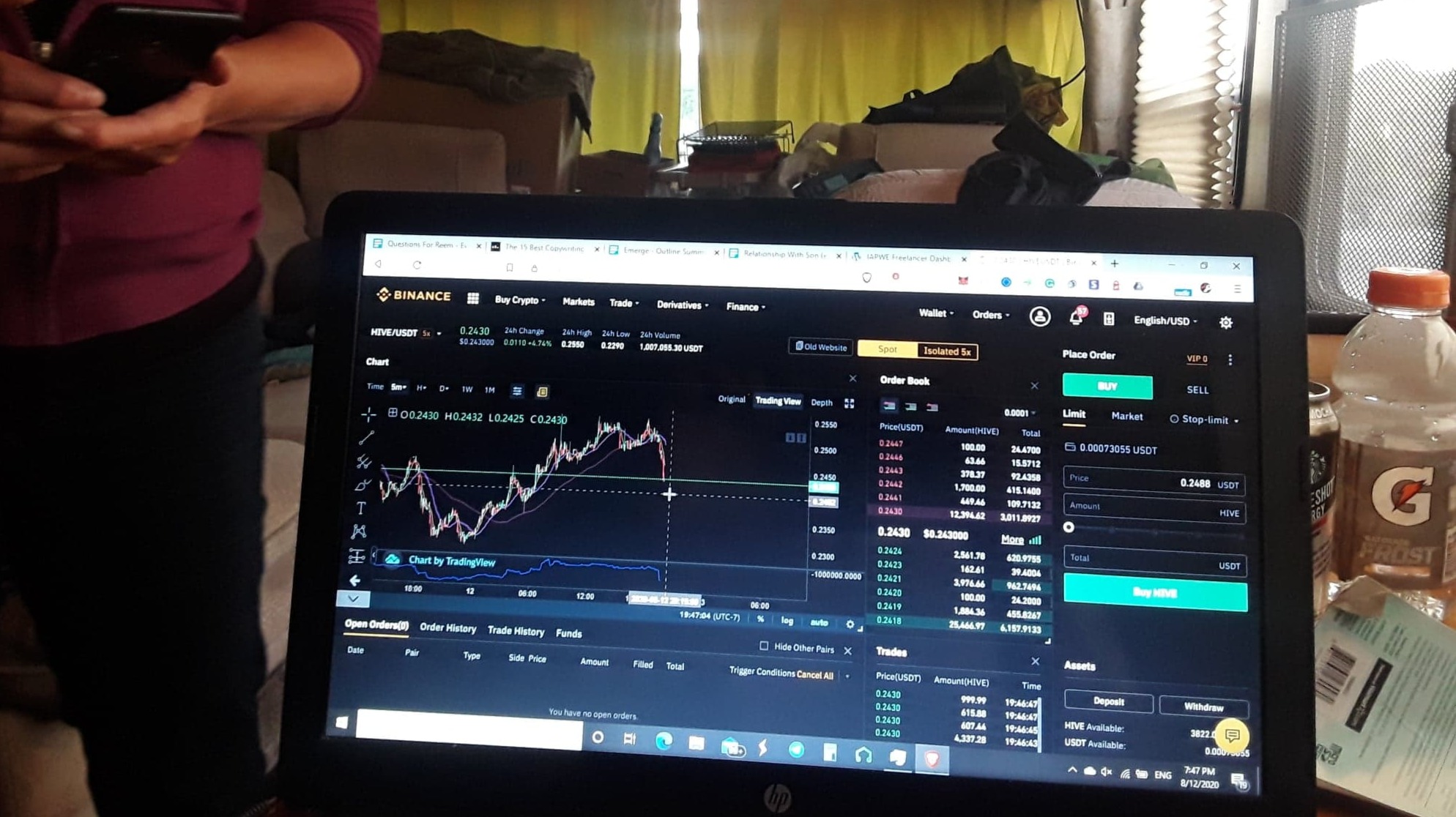 This post will begin with a little personal introduction, but I promise I'll get to the point eventually!

Welcome to our humble abode...

This is often the view I see as I peer through the little dark holes (sometimes called pupils) in my eyes. You can see @audiefaith's hand and telephone as her fingers are having their privacy invaded by my Samsung's rather pathetic camera.

Here I was sitting, thinking about posting something...

...Okay, that might be a lie... I had actually just picked up my phone and accidentally hit my camera button...

The application opened as I tried to perform some other 'phone activity' and I stopped for a minute - thinking "Well... why not use this here 'camera application'?"

I can't just post a random picture on Hive so I thought I might pick a related topic to write about.

I searched the vast ('vast' may be an exaggeration) databases of wisdom within the prestigious and immensely thick walls of my skull - and "Alas!" - "Eureka!"

A memory was there!

I can't believe I was able to pull it from its aged and decrepit position in the data sector labeled 'earlier' in the archive named 'today'...

The topic came in the form of a MarketWatch email. The article was an interview with Hayden Capital's managing partner, Fred Lieu. The seasoned investor was talking about the stock market and a couple of 'Ten Bagger' investments (investments that resulted in 10X gains) that had really put them over the top this year.

He went on to talk about the different circumstances they look for when identifying potential explosive gainers to buy up early for a large reward.

While Hive is not a 'stock,' it is an asset, and I think that some of the same criteria that Fred Liu identified also applies to the Hive and its current circumstances.

In fact, the correlation between the criteria sought by a brokerage such as his was almost erily similar.

Do you want to know what they were?

Point One: An Appreciating Larger Market

Basically, the larger market is already bringing the quickly appreciating asset up as it also appreciates - creating what is known as 'multiple expansion' and enabling it to reach much higher price targets.

The second point brought up by Liu was the necessity for 'value-adding activities' within that asset. Basically, if the growth of the asset has potential to exponentially increase the value because the growth is beneficial to the presence of the business (or project in crypto) and its network.

An example would be if the addition of every new consumer (or in the case of Hive - member/owner) caused a simultaneous increase in the value of the asset.

The third and final point that was addressed was price. Basically, the majority of the time investors 'miss the boat/rocket' and end up buying up assets after they have already made an enormous gain.

I believe this is a HUGE contributing factor to the FOMO people frequently experience. The reality is if you can catch an asset early on - and it falls into line with the first two points mentioned earlier...

...Then you have a good chance of hitting one of those 'Ten Baggers'.

So, the question is: Is Hive in this position?

As long as things keep going like they are with Bitcoin, I think that we are.

The larger market (crypto) is appreciating - giving it a high potential trajectory with the possibility for multiple expansion, the project has the added bonus of creating more value with EVERY added member (through increased scarcity of inflationary rewards and improved attention/exposure, among MANY other benefits).

Hive has also broken its rather long downward trend, where it seemed to have been trapped in an endless wedge from the enormous bubble created when it hit Bittrex.

The price is low. I don't know if you've noticed, but it hardly takes any volume to move Hive 'up the rungs' so to speak. I think things are looking good - good enough that I just bought around 1,000 USD worth of Hive (holding on exchanges to play with).

You can do what you will - this is not advice and I will not be liable. We might see Bitcoin drop again, but I think it will only be temporary. We might not. No one really knows.

I just thought I'd share my thoughts and hope someone enjoys my rambling. :)