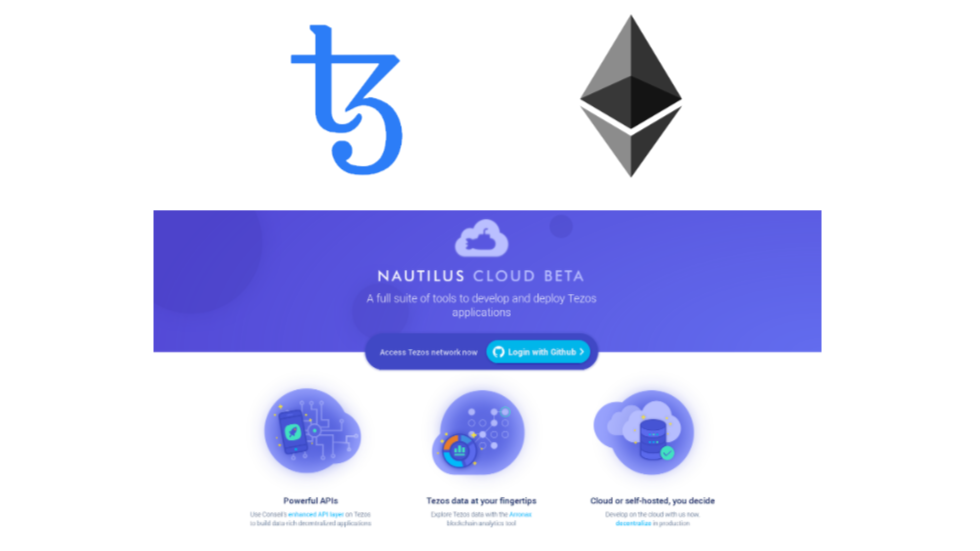 After Cryptonomic launched Nautilus Cloud on Tezos, there is an opportunity to compare Tezos to Ethereum.

Just over a week ago, Cryptonomic (known from Galleon, Minimax and Arronax) launched Nautilus Cloud Beta. "A full suite of tools to develop and deploy Tezos applications." It enables rapid and simplified development on Tezos.

"Nautilus Cloud is ultimately meant to be a cloud service for blockchains which allows companies, individual developers and course providers to get up and running without having to learn esoteric technical details or hire an in-house blockchain DevOps team."

Nautilus will eventually introduce JavaScript, Java, Python, Scala, .NET etc. for building with Tezos. Since Mautilus Cloud is a centralized service, Nautilus Core will be introduced at a later stage, which will make it possible to deploy your own infrastructure, ( by using the open source code of Nautilus) without being dependent on Nautilus Cloud. Eventually, Nautilus Cloud will be the platform to use for educational courses, prototyping dAPPs and promoting adoption.

On Twitter, @vishakh used the opportunity to compare Tezos with Ethereum and measure Tezos' progress. To summarize (credits to Vishakh):

There is room for both and there will be entities that prefer the one over the other on different levels, but looking ahead, we can be sure there are exiting times in the near and long term future for Tezos.