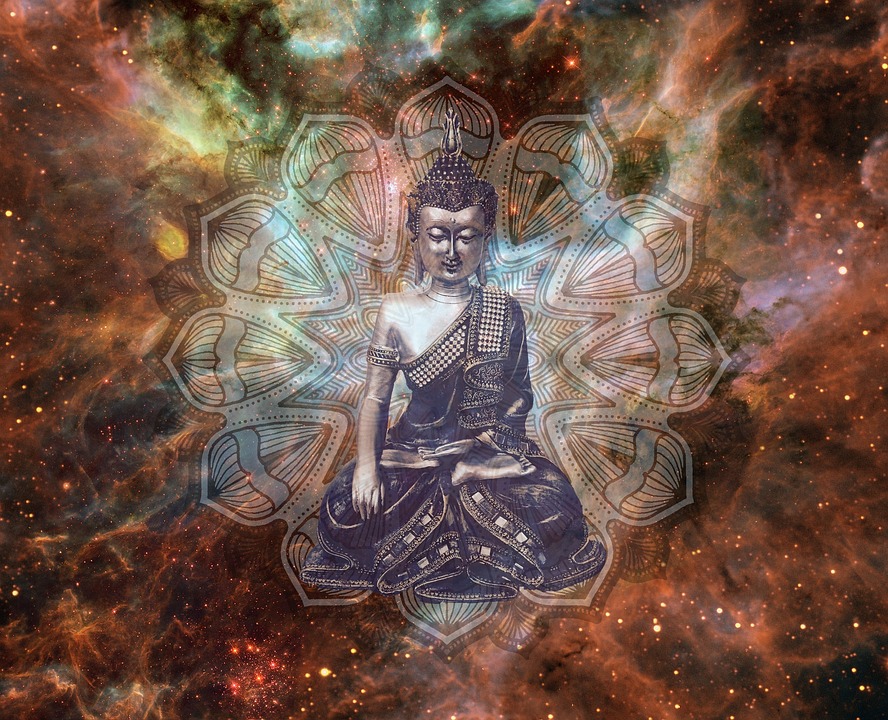 Who am I beyond the shell of a body? Revelations from the Sanskrit source codes

I want to make it clear that I write my own script to my life. I also write my own speeches and my own blog posts. All the written word you see is my own original work. “OC” or original content is the standard to aspire to if you are a serious blogger, not copied or rewritten info. I have lived a long enough life with rich and varied experiences, to be able to compose personal and original content, based on my experience. The fact that I’m personalising my writing is so that it is harder to plagiarize, which happens sometimes, and harder to question as plagiarism, which also happens. To be authentic, I have to be personal.

Knowledge based on experience
Nevertheless, in my ten years as a monk studying Sanskrit texts about the Vedic culture of India and the philosophy of Vedanta, under other monks in the bhakti yoga ashram, I was able to come across some details in the books, of which Srimad Bhagavatam (aka Bhagavat Purana) and Bhagavad Gita were my favourite. These texts are apparently thousands of years old and handed down through disciplic succession over the centuries. The interpretation of the texts can vary slightly depending on whose translation you want to accept, but the essence is there in all of them to varying degrees.

And to be honest, the detail far surpasses anything I have seen in the western sacred texts, which are like introductory references compared to the finer aspects of yoga and transcendence in the Vedas. For example, there is little room for speculation on the nature of our identity when we read verses such as the following, regarding our subtle identity:

“The subtle body is endowed with sixteen parts — the five knowledge-acquiring senses, the five working senses, the five objects of sense gratification, and the mind. This subtle body is an effect of the three modes of material nature. It is composed of insurmountably strong desires, and therefore it causes the living entity to transmigrate from one body to another in human life, animal life and life as a demigod. When the living entity gets the body of a demigod, he is certainly very jubilant, when he gets a human body he is always in lamentation, and when he gets the body of an animal, he is always afraid. In all conditions, however, he is actually miserable. His miserable condition is called saṁsṛti, or transmigration in material life.”

Sutras are codes
As you can see, a lot can be said in a few words when dealing in Sanskrit “sutras” or verses, which are like codes, in which a great deal of information is squeezed, to be analysed when unpacked. If you want to see the individual word for word transliteration of the verse above, then that is there for you in the publication. Perhaps one day we will go more into the Sanskrit, suffice to say for now that this verse says a lot about the subtle body of the living entity. In other words the mind, or etheric body, of which the physical body is just the vehicle and final result of the state of mind.

The subtle body arrives from a previous life, carrying the spirit soul to the next birth, based on the past desires and identifications. Ultimately we are here because of desire. Desire is the driving force in the sublte body or mind, that obliges a repeated next human birth, or any rebirth in the temporary realms. Understand and control and direct your desire, and you have mastered the goal of life because it is the desire on the mind at the time of death that determines the next destination for the spirit soul, carried like a passenger by the mind as it is drawn magnetically to the place of its desire.

This is a breakdown of the parts that make up our mental or subtle body, the one that leaves the physical body at death and carries the spirit soul onward. So the understanding is that we are not the mind, which changes from one lifetime to the next, so that it can fit into a new body, in the next birth. It is apparently crucial to be focused at the time of leaving the body at death, so that the desires are directed properly. The various temporary births available range from those on earth, to those in upper or lower planetary systems, some heavenly and some hellish by comparison.

Time is conspicuous by its absence.
And then there is the eternal spiritual world, above and beyond the temporary angelic or lower planetary systems or realms of life. As long as the eternal spirit soul is obliged to take another temporary material body, s/he is out of place and according to this text actually miserable, relatively speaking. The heavenly realm might be very impressive for a while, and that while can go on for thousands of earth years, since time is different on other planets, but there will always have to be an end to that lifetime. However, once one returns back to the eternal realm, there is no more coming back, and no more time.

It is from texts like this that speak to us from past millennia, that we can get a deeper understanding of our original identity. This is not taught to us in the west at all, and the west appears to be lacking in proper education regarding consciousness. Fortunately, for the sincere seeker, the information still exits for now, so I write about it to at least show you what exists as far as information on consciousness. There is no need to speculate or concoct some mental imaginary construct on the nature of reality when it is all there already in the Vedas.

Timeless wisdom and information exists, that was pertinent thousands of years ago, and is pertinent today. It is not dependent on modern invention or scientific discovery regarding the brain, the nervous system or any medical discoveries. This is above and beyond the need for modern research. And so I recommend that if at some point you do ultimately want to lift your consciousness to a level of self-awareness beyond the superficial, then the Vedic texts mentioned here will be a good place to go.

Be sure to read valid translations from authors who live the philosophy, not just academic language scholars. Some of the concepts are so esoteric or metaphysical that it requires some interpretation and realization to be able to find the words, the concepts and then the grammar to describe what is being referred to. It is more than just an academic transliteration word for word.

To conclude for now
This may be the only blog post on this entire platform that is discussing Sanskrit Vedanta terminology and consciousness, let me know of any others. But this is what is most important to me and also, in my opinion, for the world at large. The rest is short-lived, fleeting, trivial and shallow by comparison. I have less time to waste with each passing day, so have decided to write about what I feel is a more worthwhile legacy than the other data out there online, of which there is plenty by many others. But this Sanskrit textual reference to your true identity and goal of life is what it’s all about guys. And I am here to remind you.