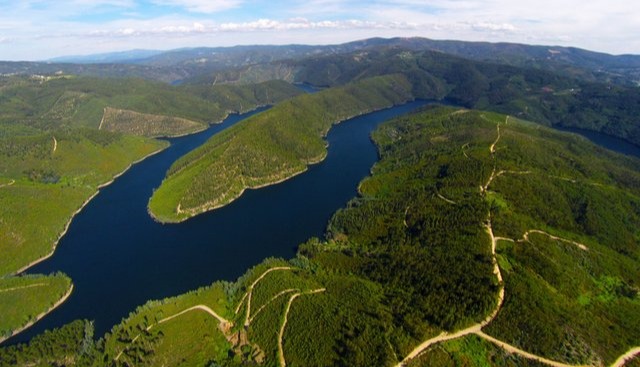 Pampilhosa da Serra is a typically Serrana village, located in the center of the country, characterized by its mountainous landscape, shale houses and peace of mind, crossed by the Unhais river. The landscape is the most prized possession of this mountainous region, marked by pine forests, rocky boulders, deep valleys, several caves and shelters, and abundant waterways. The earliest remnants of human occupation in the region date back to the second millennium or the beginning of the first millennium BC, with several archaeological remains from the late Bronze period.

In addition to all the fantastic Natural and Human Heritage, it is worth knowing Pampilhosa and its Renaissance Mother Church, the Chapel of Mercy of the late 16th century, the Chapels of St. Anthony, St. Sebastian and São Jerónimo where there is a magnificent panorama of Pampilhosa da Serra, the Baroque Solar dos Melos or the Casa do Arco, the Municipal Museum and the Casa Museu de Carvalho. The region has favorable places for the development of various tourist activities, such as the Dornelas do Zêzere and Janeiro de Baixo river beaches or the floating pool in the Santa Luzia dam. The dam of Santa Luzia Dam, in the municipality of Pampilhosa da Serra, is known for its rock formations, stunning landscapes and of course the beach.