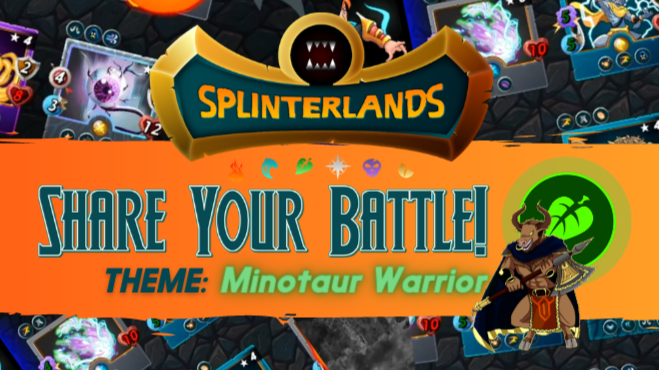 Finding the Best Reach Monster for the Earth Splinter in Splinterlands

The Minotaur Warrior is one of the early Reach monsters from when Splinterlands was still in Beta. Back in the days, every Splinter had their one Reach monster and Grumpy Dwarf and Manticore as alternatives. Teams were very static and often looked the same on both sides of the fields during those times.

Nowadays, we have more choices and some cards that were used frequently due to lack of alternatives, are now not used that often anymore. The Minotaur Warrior is one of those cards. I feel like it is one of the weakest cards in the game and usually end up using another Reach monster.

Seizing the ongoing Battle Challenge as another opportunity to re-evaluate my lesser used cards, I created a short comparison of Reach monsters that are playable with Earth (including Neutral and Dragon). Having data like this somewhere in the back of my head, helps me greatly when trying to assemble my team in hectic situations.

For better comparability, we will be looking at max level cards. 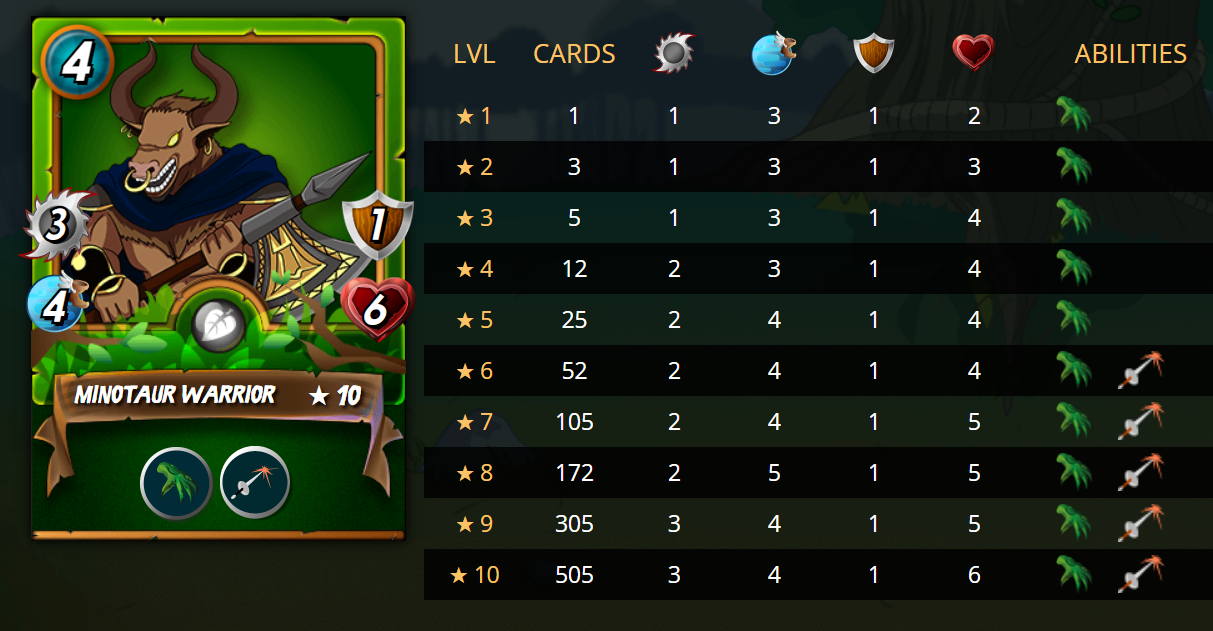 To have the differences at a glance, I transcribed the max level attributes of each card to a table of this format: 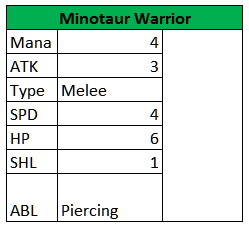 I have to say that I do not like the Piercing ability very much because it usually triggers only once, if at all, and only applies excess damage, which is max 2 points with the Minotaur. 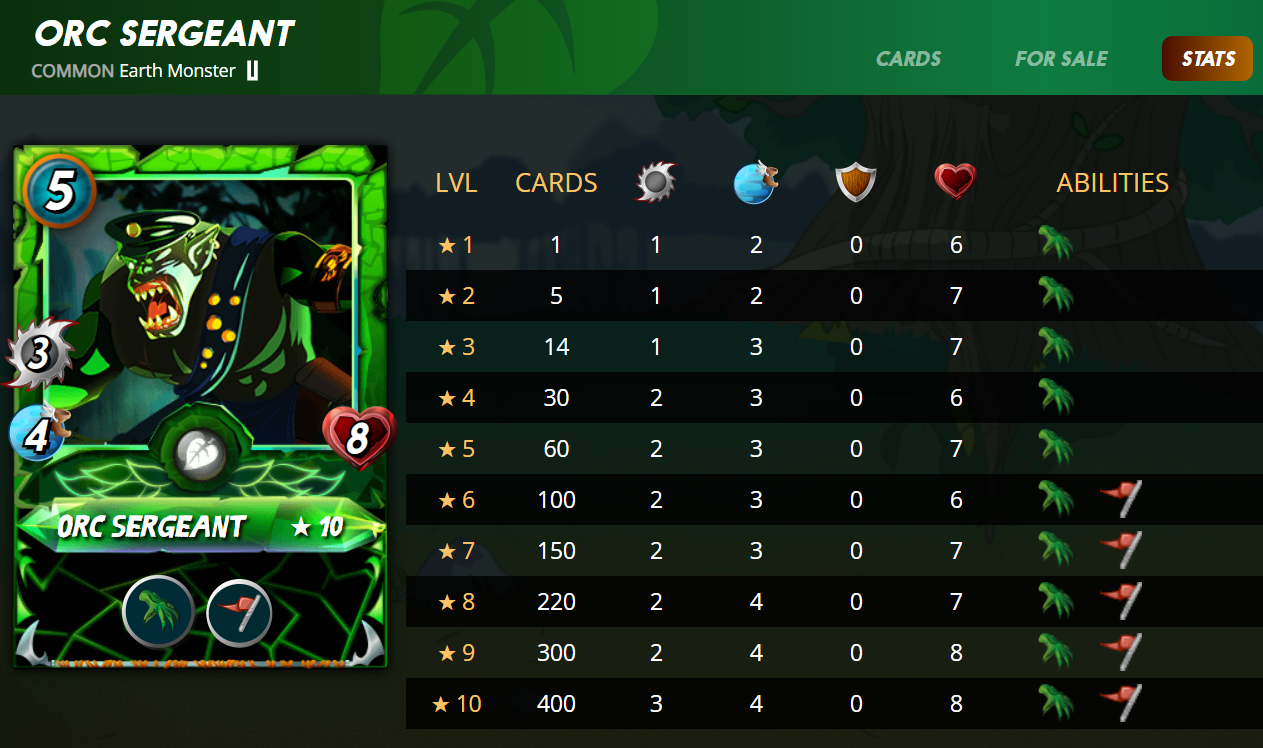 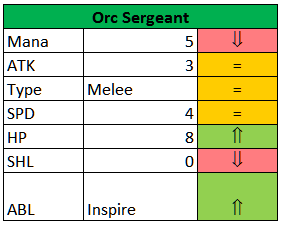 I prefer the Orc over the Minotaur because of its Inspire ability. Pack your team with 5 other melee monsters and that is an extra 5 ATK per round compared to the potentially 2 of the Minotaur’s Piercing ability. 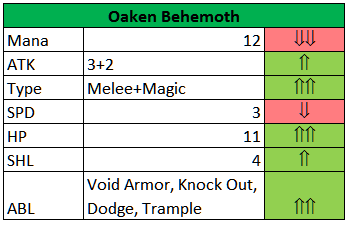 Comparing the Behemoth to the Minotaur has the touch of comparing light and heavy weight boxers. Not much point in doing so. With its 12 mana cost – which is the highest in the game – use the Oaken Behemoth in Unlimited Mana matches if you have. Why would you pick the Minotaur here? 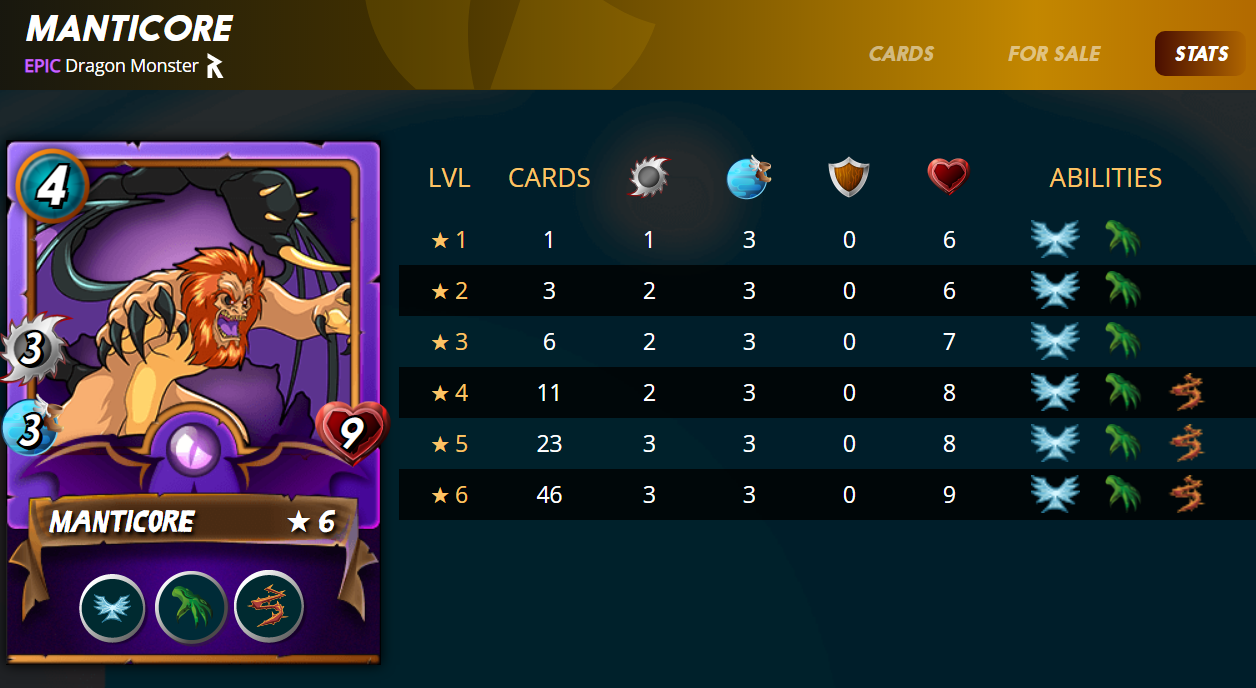 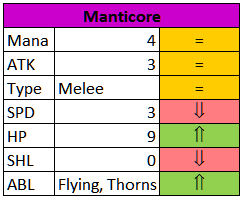 Switching to Dragon. The Manticore is the reason I never use Minotaur Warrior when playing Earth with a Dragon summoner. It has no shield but its HP is high for a 4 mana monster. I do not count its speed to be a disadvantage. First, it’s just 1 point less. Second, there are so many Reverse Speed matches, that greater speed is not really an advantage per se.

The Manticore’s abilities are far superior to the Minotaur’s. Thorns is just such a great ability and flying is a nice bonus that makes it harder to hit and immune to Earthquake damage. 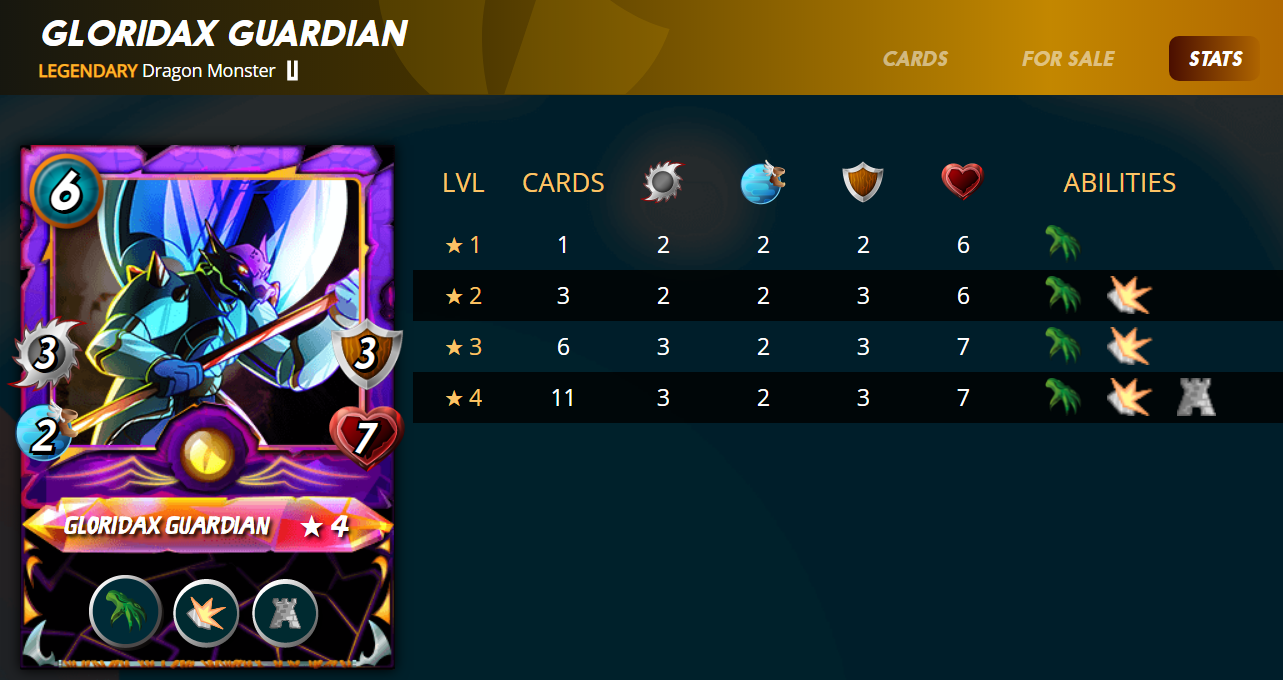 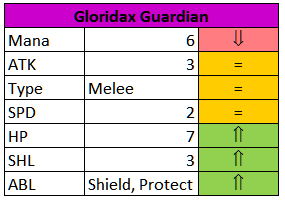 The other Reach dragon is Gloridax Guardian. It seems somewhat underwhelming for a 6 mana legendary. Sure, it’s Protect ability is nice. But being placed in the second monster slot instead of the middle, its exposed to blast magic damage which may make it die early on, not putting the Protect armor to its full use. It also only has 1 more HP and 2 more shield points than the Minotaur Warrior with attack strength being the same. 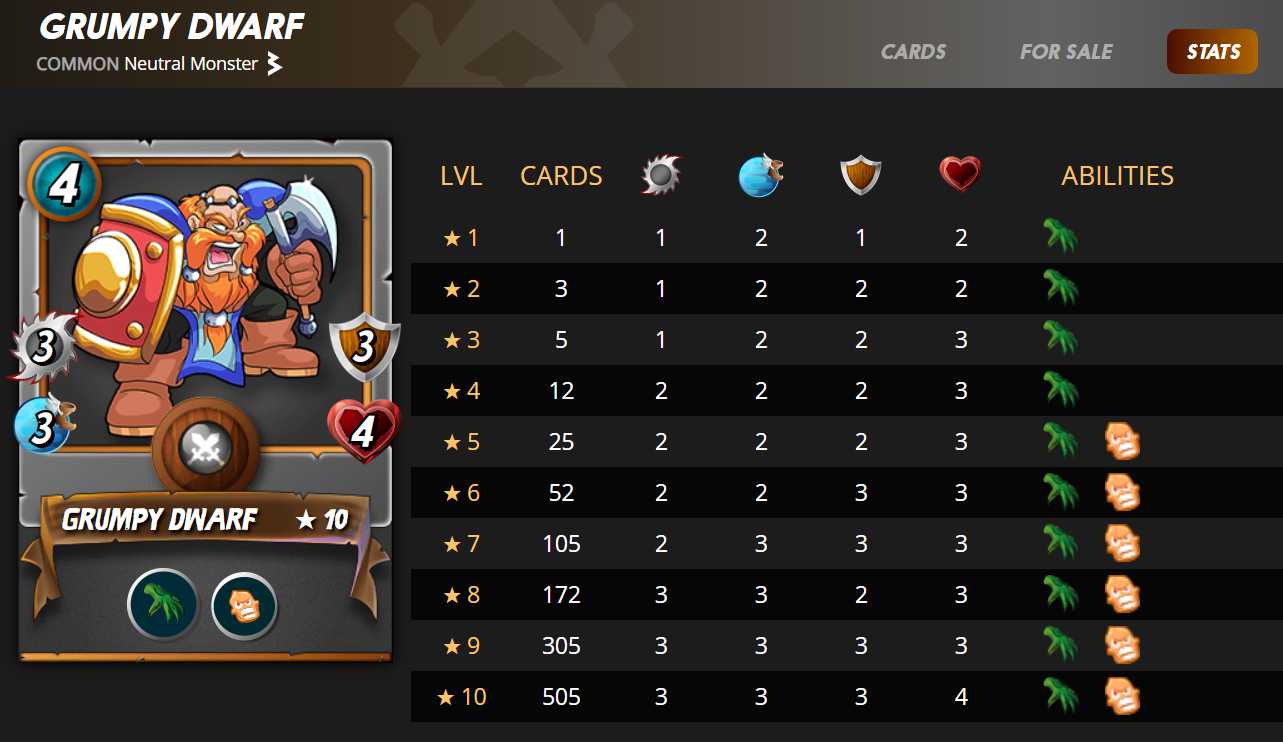 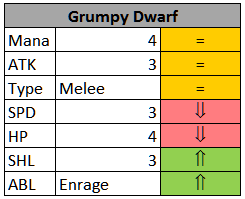 The Dwarf seems on par with the Minotaur Warrior at first glance. But at a second glance I prefer the Dwarf. What the Dwarf is lacking in HP it brings in shield points and while with 4 HP it’s difficult to take full benefit from its Enrage ability, I still prefer playing the Dwarf. This feels kind of wrong because from my understanding Neutral supplements should be slightly weaker than native Splinter monsters. 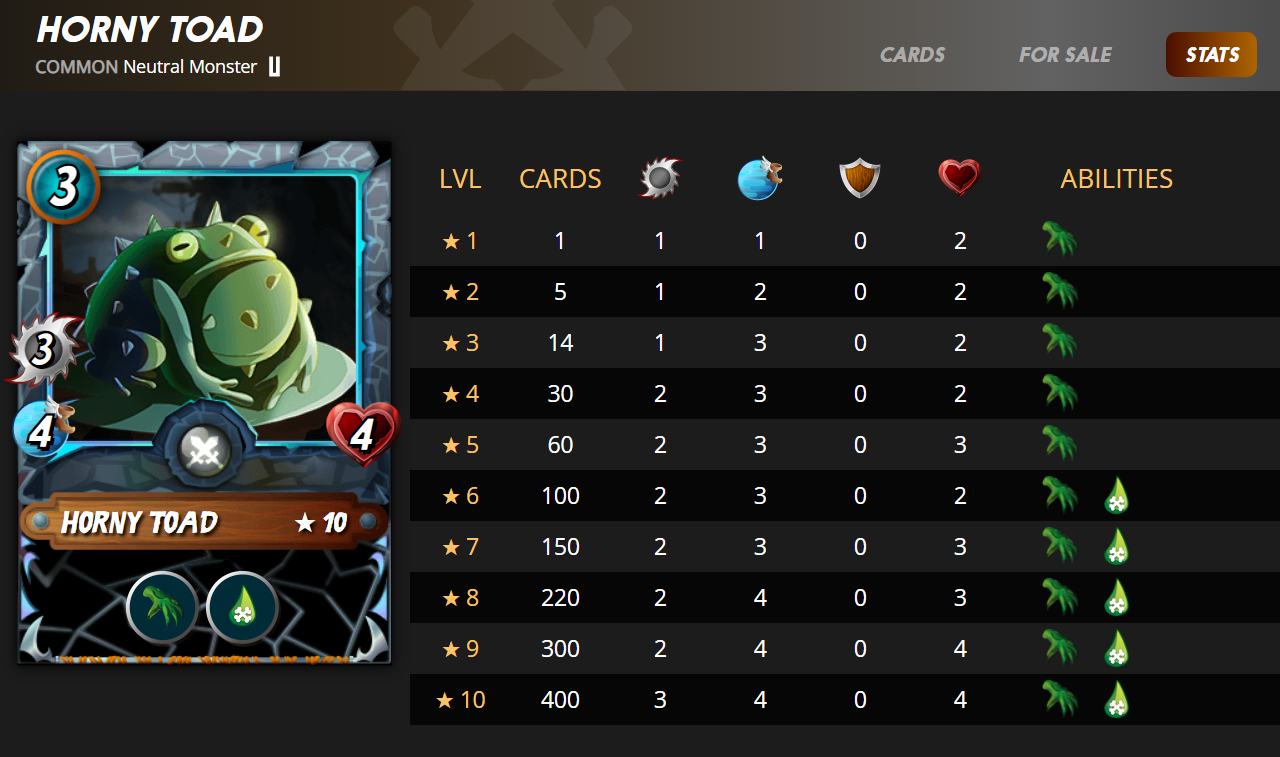 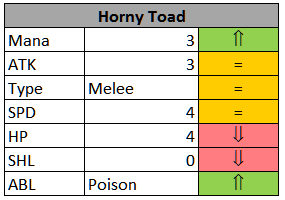 Honestly, I totally forgot about the Toad until writing this post. It’s sitting on my list of Untamed cards to max out and I guess I should do that asap before the packs run out. The toad is awesome, delivering the same punch as the Minotaur but for just 3 mana and with the potential to poison the opponent. I consider Poison a very powerful ability especially when facing high HP tanks that are hard to clear out of the way.

This is the comparison on one spreadsheet. 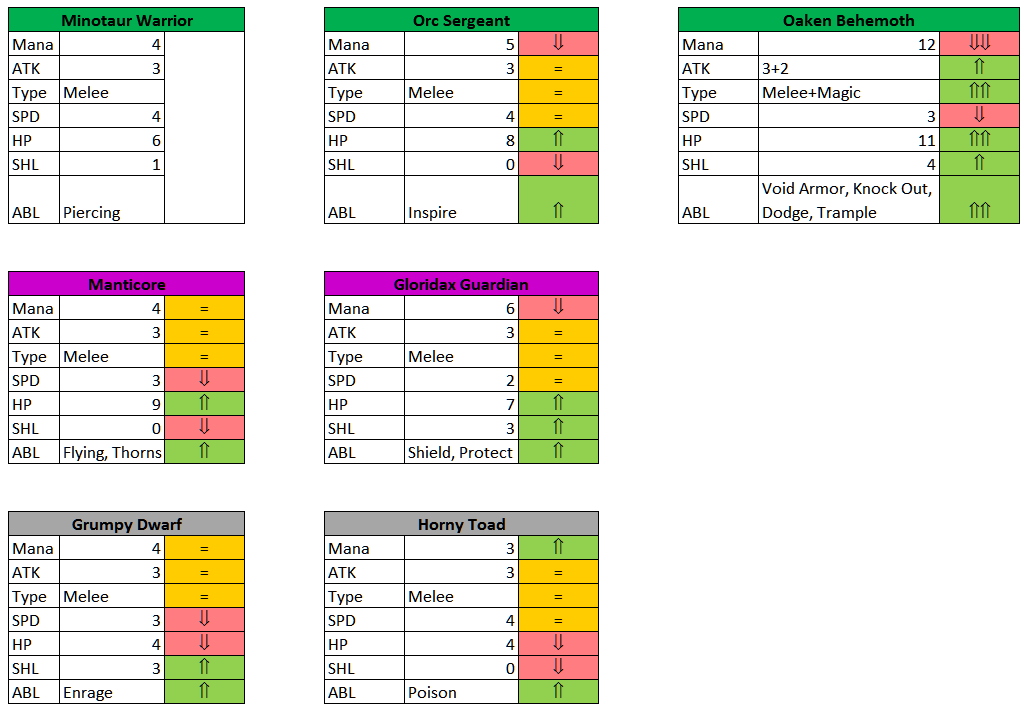 I own a level 7 Minotaur Warrior but since I am not using it much, I put it up for rent on Peakmonsters. It is currently leased out and I do not want to break the contact. Therefore, I bought some additional BCX for this week’s challenge and merged them into a level 4 Minotaur to have something to fight with. With Beta cards this only takes 12 BCX, so while the price of the Minotaur has risen to 0.09 USD, it is still affordable.


Click on the video ^ to play or view the original match on Splinterlands.

It wasn’t easy to find a suitable match in Diamond 1 where a level four Minotaur Warrior would be useful but this relatively low-mana match turned out to be the perfect fit for the uncostly Minotaur.

This is a re-published version from my account on the HIVE blockchain.