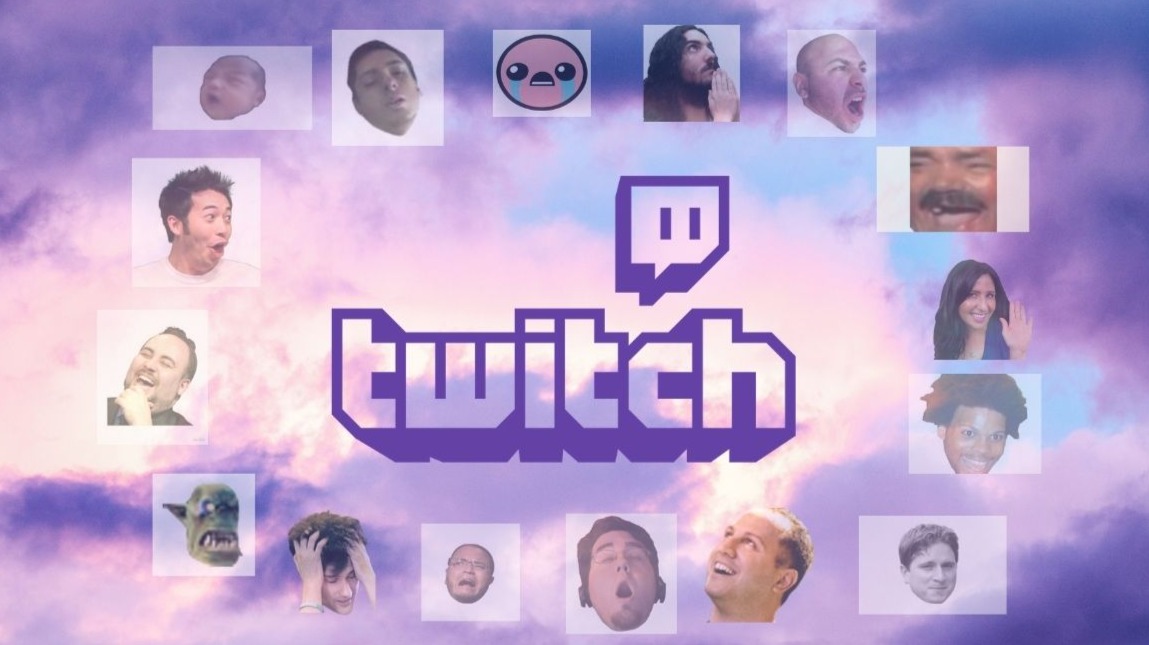 The secret language of emotes on Twitch

Hi everyone, today I'll tell you guys about my love for Twitch and the most popular emotes you can use on this with content filled site.

Twitch is a streaming website launched in 2011 where the majority of the content is based on people, the streamers, live broadcasting their gameplay of many different video games (Every game you can think of is streamed on twitch). Besides video games also other creative and educative content can be consumed on twitch such as painting, programming, chart analyzing, politics, news, fitness, music production and many many more. Another very popular type of content can be found in the just chatting section where the streamers interact with their community they build and go in conversation with the fans, answer possible questions or watch other content together with the community. The website started as a spin-off of Justin.tv which is another live streaming which was also mainly focused on video games.

Nowadays, 11 years after the start of Twitch, the website is more popular than ever. A big part of this popularity is the Twitch chat, where passive viewing also called lurking can become interactive. In this chat, the emotes are indispensable.

The Twitch emotes make a kind of internal language for a streamer and his community. These emotes transformed the way people talk to each other and are used for inside-jokes and sometimes secret messages that people outside of the community do not understand. These emotes can change the way a message is deliverd or in some cases they can change the whole meaning of the message. In many other cases, the emote carries a story and is the entire message.

All the emotes have a story of origin and why they are used the way they are used. Some of these emotes are so powerful and meaningful that they are used very much, sometimes even more than real words LOL.

Now you can think that these emotes are just a kind of emoji like you use in other chats with your friends but nothing is less true. These 'newcommers' do not know the story of the emotes and are not (yet) part of the community. That's why they are often lost in the atmosphere of emotes.

Here in this post I will give you a list of the most popular emotes and their meaning/story.

Kappa, the emote that is probably spammed the most is a gray-scale picture of Josh DeSeno's face. Josh is a former employee of Justin.tv and worked on the original chat client. Several of the employees of Justin.tv had added photos of their face as emotes to the chat but is DeSeno's expression that gained the most popularity.

PogChamp, personally one of my favorite emotes is the face of Ryan 'Gootecks" Guiterrez during a bloopers episode of cross counter, a game series which aired in 2010 on Youtube. Ryan gave this reaction while bumping into the cameraman. The name for this face is pogChamp and comes from an other episode of cross counter where Gootecks was victorious over his co-host being Mike Ross and this in a Pog battle.

This emote is mostly used for excitement but also shock and surprise is often represented with the PogChamp. 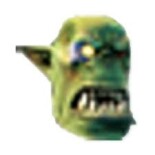 SMOrc features the face of a Space Marine Orc from Warhammer 40,000 and rose in use and fame after the release of the very popular game Heartstone.

Before Heartstone was a thing the emotes meaning was not really known. Specifically for hearstone, the emote is used when a player prefers attacking the other player's face instead of just trading cards. After it became more of a global emote, it was and is also used to mock streamers when they fail or do not dare to do something.

Trihard is another emote that is spammed very much maybe even too much LOL. This emote features the face of a popular Twitch streamer named TriHex. This picture was taken in 2012 during a convention about anime that found place in Texas. Twitch staff made a poll to add some new emotes to the website in 2013, here these polls were overwhelmed by an enormous amount of spamming this emote by the fans of TriHex and thus TriHard could not be ignored.

Trihard is sometimes used by newcommers to Twitch as a reference to the emotes name in a situation where the streamer is trying very hard to win or do good in a game but this is not the main (real) meaning behind the emote. Normally the emote is used to show joy and even over excitement. Unfortunately, In very rare situations, TriHard is also used in a more racist context to be disturbing for the streamer.

Showing your rage is something many of us love to do and BabyRage is a good way of doing this. This represents throwing a tantrum but can also represent someone who has been whining over something too long and where the whining turns more into nagging.

BabyRAge has no affiliation with anyone but it has become bonded to Arteezy, a player of the popular game Dota 2. This player is known for becoming very very emotional in his matches.

LUL is very popular and so is the man it features. John "TotaBiscuit" Bain was (is) probably the most popular reviewer of video games in the world. Therefore it is not really unexpected that he also features one of the most popular emotes on twitch which is his face when he bursted out laughing in 2016.

The use of LUL can be more general just to express laughter but in some channels it is only used for certain kind of laughter. This can be different from channel to channel and you have to find out and experience yourself when talking in chat of different streamers.

KEKW is a custom emote that emerged on twith in the summer of 2019 by FrankerFaceZ and features a Spanish comedian and actor Juan Joya Borja. This man is better known as "the Spanish laughing" guy or "El Risitas" ("The Giggles").

It origins from an interview in 2007 that found place between Juan Joya Borja and the host of Ratones Coloraos Jesus Quintero on Spanish television. During this interview Juan bursted into a very unique laughter when telling one of his anecdotes about throwing kitchen pans out into the ocean while dining at a beach restaurant.

This emote is used as a way to convey laughter. 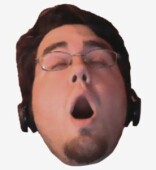 Kreygasm features the face with an interesting expression of popular streamer Kreyg. He was contacted by the staff of Justin.tv in 2011 to make a global chat emote for this website. In first instnce, he declined this offer but several months later the term kreygasm was born when he made this face which was loved by the chat.

This emote is mainly used to show pleasure which can be interpreted in many different ways.

BibleThump comes from the game 'The binding of Isaac' and had its start on Twitch early in 2012.

I think that this round face that cries is not that difficult to understand. It is used in sad situations/ moments to show that you are sad to and show some sympathy with other community members or the streamer. 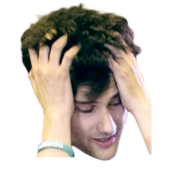 NotLikeThis, another one of the emotes that belongs to my favorites, shows an ex-Twitch employee, Benjamin Swartz with his hands in his hair while he was watching and comentating on a match in a fighting game tournament where one of the players was being demolished.

The meaning behing this emote is not too difficult because not only the name but also the expression and action itself expressed the feeling very well. It is used to represent disappointment or disbelief and used in situation where something went terribly wrong.

Former recruiting director, Selan Akay also features in a very popular emote. HeyGuys was added to the website in 2014 and became very quick the official but also unofficial way of greeting. Both greeting the streamer but also the other in the chat can be done by using this emote.

Besides saying hi to a starting streamer or greeting other memebers of the chat when you join them, it is also sometimes used when a girl is heard in the background of a male streamer.

BlessRNG has its origin in 2017. The emote shows Brad "BlessRNG" Jolly, which is an IRL streamer, praying.

Therefore, BlessRNG is used in nail-baiting situations mainly where the streamer leaves certain actions and outcomes to chance. Before these moments the chat spams BlessRNG to bless the streamer with some good luck. Many of the chat members take the initiative to spam the emote but sometimes the streamer specifically asks for BlessRNG. 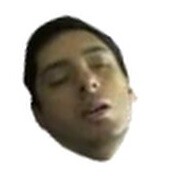 The picture used for the ResidentSleeper emote comes from Oddler who is a broadcaster on Twitch. This specific sleeping face was made during his attempt at a 72-hour stream where he plays Resident Evil. He obviously did not reach his goal and stranded on 65 hours whereafter he fell asleep on stream and became a unique emote on Twitch.

This emote is mainly used when people in chat are bored and cannot bring it up to stay awake for this boring content the streamer provides. Another use is in the moments where the streamer is AFK and leaves his community for a moment without any content.

Jebaited came to Twitch in 2016 and features the face of Alex Jebailey who is the CEO of an organizer of fighting tournaments. The context of the picture itself is unknownor atleast to me and the Twitch communities I am a part of.

Jebaited with the sneaky laugh of Jebaily often represent the action of baiting in a video game but later also baiting in other situation outside of games. Following this theory it is mainly used in situations where a streamer gets fooled by someone or something.