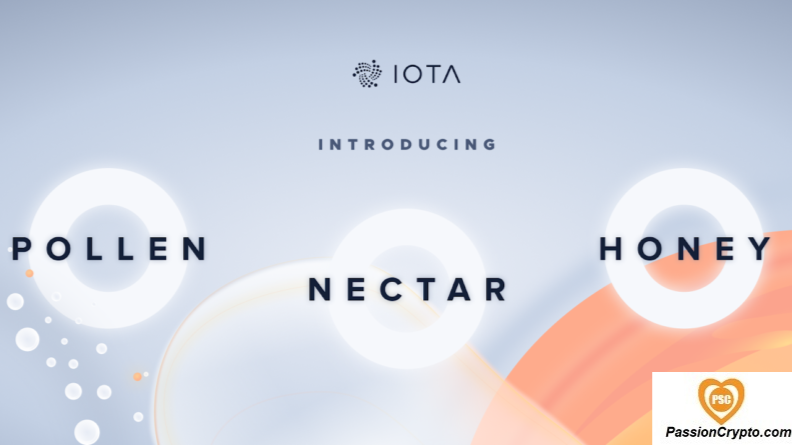 IOTA: Release of the Coordicide In 3 Phases: Pollen, Nectar, Honey

The IOTA Foundation has published new naming conventions for the road to Coordicide in a blog article and has therefore also defined the roadmap in detail. The IOTA Foundation had already worked on a brand change in the past few months, among others MAM was renamed IOTA Streams and Qubic (in part) was renamed IOTA Smart Contracts. In addition, IOTA 1.5 naming conventions, also known as Chrysalis, have been defined.

However, as far as IOTA 2.0 is concerned, so far only the terms Coordicide, coordinator antagonist and GoShimmer have been coined as a group of technologies under development to suppress the coordinator. The reason for the publication of the new naming conventions could be the first public network for IOTA 2.0, which should probably appear today, as the developer of the IOTA Foundation, Hans Moog, announced on Twitter five days ago .

The IOTA Foundation explained the purpose of the new naming conventions in the blog post as follows:

These updated classifications also help our community and our partners to better understand and quantify the technological advances to come for IOTA. Our goal is to make a clear distinction and a link between the work that will link these two important protocol upgrades in the coming months.

According to the announcement, the release of IOTA 2.0 will take place in three phases that will reflect the milestones and the release of the test net from the perspective of Coordicide. The name will be based on the current Apoidea naming conventions used for Hornet, Bee and HoneycombOS.

As announced by the IOTA Foundation , the three phases will be called Pollen, Nectar and Honey. Pollen is the first official test network for IOTA 2.0 and brings "significant changes" compared to the previous internal alpha version of testnet (GoShimmer v0.1.3).

[It's about] laying the foundations for the first functional network without a coordinator. Iterative improvements will transform Pollen into the final version of the full version of IOTA 2.0. The Pollen network will mainly be a test bed for the Foundation, the community and external researchers in order to validate the concepts of the Coordicide white papers and simulate certain attack vectors.

The second step towards Coordicide will be Nectar, which will be released in the second half of 2020 and will contain all the Coordicide modules. As announced in the roadmap, it will be the testnet with an incentive system. The IOTA community and external developers will be rewarded with a gradual increase in rewards for finding bugs or attack vectors.

The objective is to obtain the final candidate version for IOTA 2.0, Honey. Honey will contain all modules according to the complete and final Coordicide specifications.

At this point, the network will have been combat tested and secured through several hundred hours of testing with full audits of our node software. Honey can be considered the first version of IOTA 2.0, our fully decentralized IOTA core network .