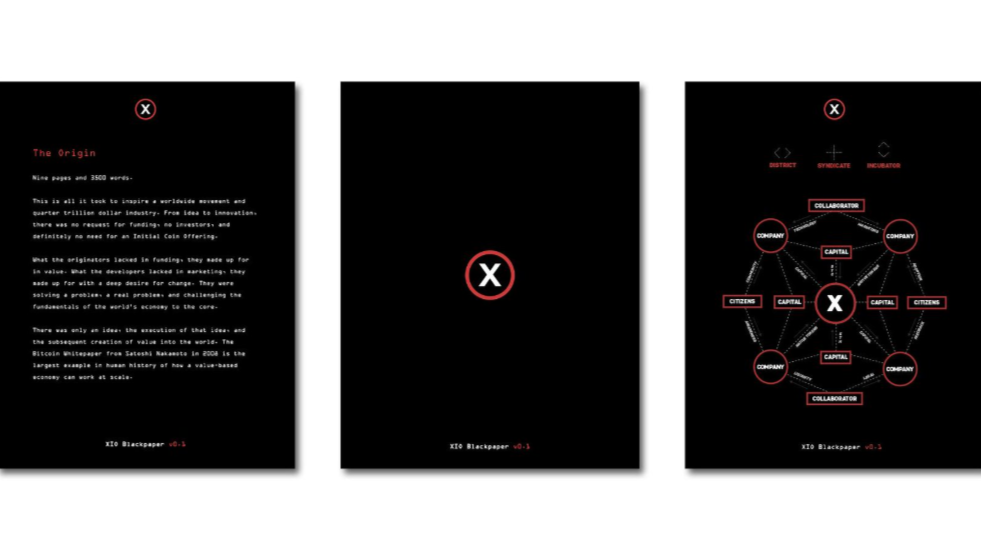 Hi folks! We saw a ton of awesome new projects join hands with ParJar this week. Read on to find out more. Here’s your week at Parachute + partners (26 Jul – 1 Aug’19):

Sentivate’s SNTVT token (learn more about Sentivate by clicking here), OST Platform’s OST token and MetaMorphPro’s METM token were added to ParJar this week. Three new communities have started experiencing the joys of tipping. Yay! Chris announced that the prize pool for the Premier League Challenge started last week will be 500k PAR. Say what! That is some sweet sweet dough. We marked Ethereum’s 4th birthday with a fun event hosted by Jason: Create an art work using only MS Paint. 25k PAR for the winner. Super! Jason continues to lead the Big Chili Race. The Tazman Black is at 49 cm now. Just 1 cm more to go.

Johnny Gonzo’s stickers and artwork are always on point

The TTR shirt design competition started last week had some stellar entries. Ogey designed the winning entry to win the contest. Big up to ya! Prompted by Johnny Gonzo’s discussions on a cross project treasure hunt, Games master Jason’s devious puzzle making mind sprung into action. Watch this space for more. *wink *wink. Jason’s about to drop something massive. Unique’s tiproom trivia for this week had 25k PAR up for grabs. 10 Math questions. 2500 PAR each. Noice! Big up to Foo and Julio for spreading the word on ParJar through their Uptrennd articles. Our resident king of memes, Victor, is now in charge of handling the brand new Parachute Instagram. Make sure to give it a follow! Alexis announced the start of the TTR – Supermarket this week – a P2P marketplace “where you can trade your private stuff or offer services”. Admins will help escrow there. Only PAR will be allowed for now. 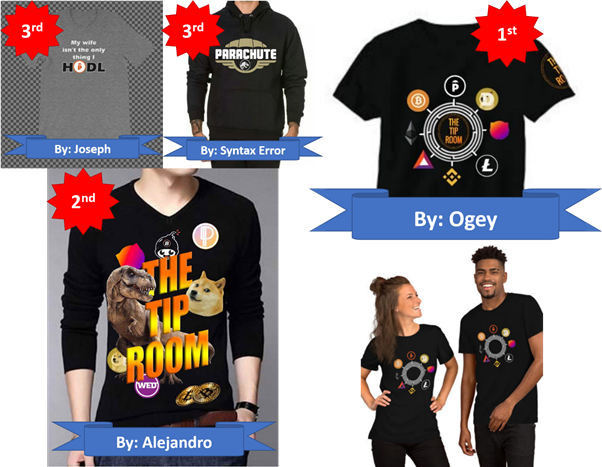 BOMB, Uptrennd and Hydro had a spontaneous live chat this week. Hope you had a chance to catch it. The Telegram Takeover Challenge started last week already has 125 applications. That. Is. Crazy. Good! The first sneak peek of the BOMBX Blackpaper was also released. Wysker founder Tobi posted after a while about the latest on the dev front. The app is going social. Wysker’s “new motto from now is to shop with your friends”. Read more about the update here. The update is available only to iOS users for now. For Android users, an Instagram waitlist handle has been set up which they can follow. Catch up on the latest at aXpire’s from their weekly update video. The updated aXpire roadmap extending into 2020 was released as well. 20k AXPR were burned as part of the weekly burn event. The WednedayCoin Reddit airdrop post is back! Mike took feedback from the community and will be making changes to the WednesdayClub app. So the airdrops will again be conducted from Reddit for some time. If you’ve been wondering why the Birdchain team is focused on adding the SMS feature to their app, have a read of this article. Here’s a glimpse from the team’s beta testing phase. Last week’s video on the SMS feature was followed up this week with a follow up interview with an industry veteran.

2gether launched the Founder Plus Program to incentivise app usage. Read more about it here. Make sure to also have a look at 2gether’s Ambassador Program if you are want to get some 2GT by helping raise awareness. Moving on to news from Bounty0x, here’s a quick company update that covers happenings from the past few weeks. The update was also shared on Republic. Congrats on crossing 64k active bounty participants on the platform. Woohoo! BNTY got listed on Shiftly. If you participated in The Collective bounty campaign, make sure to check out its transparency report. Fantom won a community vote hosted by Pick-A-Crypto to review a project for free. Expect a cool review report soon. Fantom announcedthe start of its stablecoin initiative – Statheros. They also got into a partnership with World Blockchain Innovation Association this week. For a quick recap on the latest at Fantom check out the July Second Half Recap article and Innovation Labs update. A CZ retweet is always a great way to close off the week.

2gether Ambassador Program rewards are planned to be distributed every Sunday

ETHOS got listed on Voyager this week. This listing allows the token to be traded for USD directly for the first time. That is awesome! Voyager is currently available in the US for iOS users. Here’s a quick how-to guide for trading ETHOS on Voyager. Still not sure what Voyager is and what ETHOS has got to do with them? Fret not. This article should answer all questions. The Universal Wallet Update 2.0 is live now. Faster performance and new assets on the platform. Check out this post to see what’s in store in the latest update. The dev dashboard is also a great way to catch up on the latest on the dev front. Horizon State’s community update for July was published this week. Credit card payments are now available on Opacity. Woot! Hydro released a sneak peek into their roadmap this week. Hydro announced that its remittance solution, Hydro X will be integrated into the Hydro Pay app. Confused by the multiple moving parts in Hydro? This article tries to break them down and explains how all the different protocols together will make Hydrogen a key player of Web 3.0. 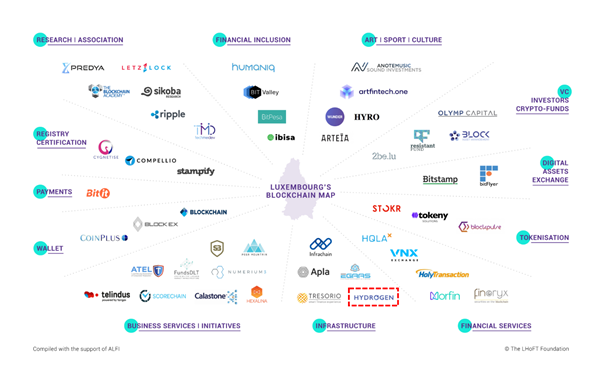 Hydrogen features prominently in the The Luxembourg Blockchain Map

Uptrennd will be burning a big chunk of 1UP’s total supply. Read this article to know more. Remember Electroneum had won the last public vote to get a free review from the Uptrennd team? Well, here it is: a deep dive into the project compiled by Romana. Last week, we mentioned how the Uptrennd community invested into the long term vision of the project by using 96% of newly issued 1UP tokens to level up on the platform. This week it is 99.9%! You heard that right. 99.9% of all upvotes this week were locked in i.e. used to level up on Uptrennd. Truly an incredible community. Need more proof of how much they rock? 1UP got chosen to be listed for free on Altilly all thanks to the community’s support in the public vote. Dang! Missed any Uptrennd news from July? Check out this post to catch up. In District0x news, Meme Factory got into a lolarious war of memes with Kyber Network on Twitter. Check out this thread. Lmao! Brady says: “…they used the name Meme Factory for their contest title and it started a fun meme battle so we picked this as the theme for our new contest”. The weekly update can be found here. If you haven’t had an opportunity to read up on District0x yet, these 2 articles should come in handy: Use-case of DNT token and Introduction to District0x districts. 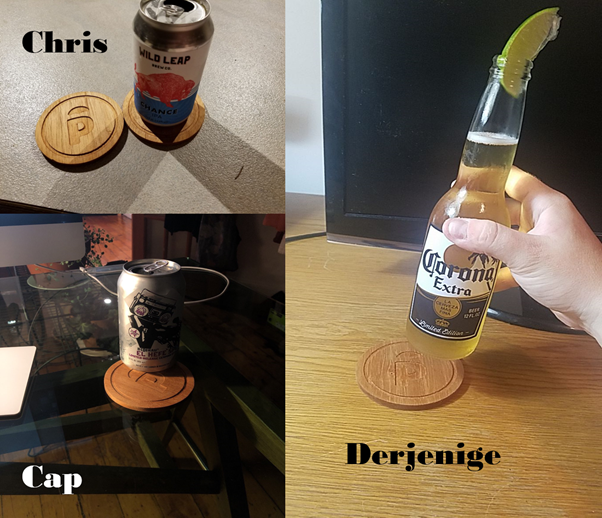 Derjenige's PAR coasters put to good use across the world

And with that, we come to the end of another eventful week in ParachuteLand. Hope you enjoyed reading it. See you again soon. Cheerio!