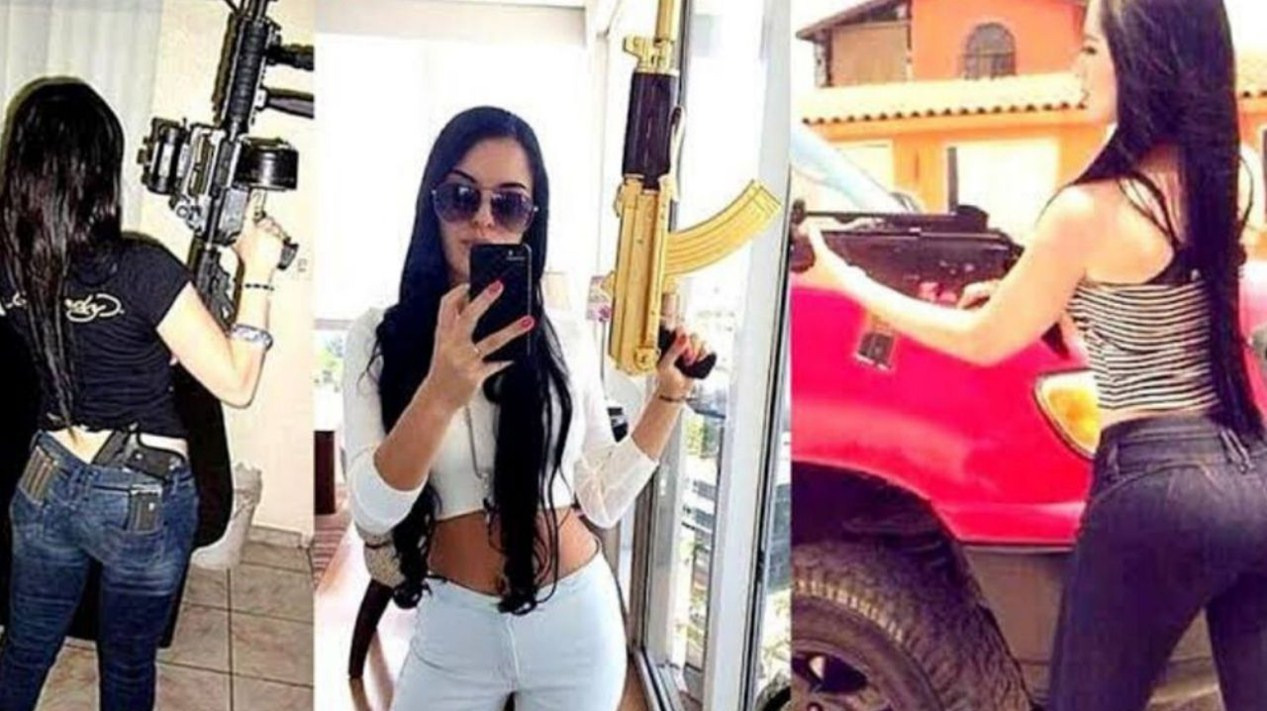 In October 2019, a convoy of 5 Michoacán State Police cars was ambushed by the Cártel Jalisco Nueva Generación in Aguililla, Michoacán.  13 cops were killed, and 9 were wounded.  There were 20 survivors.

A 21-year-old "jefa sicaria" was in charge of the operation.  This is a real picture.  Her name was Maria Guadalupe López Esquivel, a.k.a. “La Catrina." 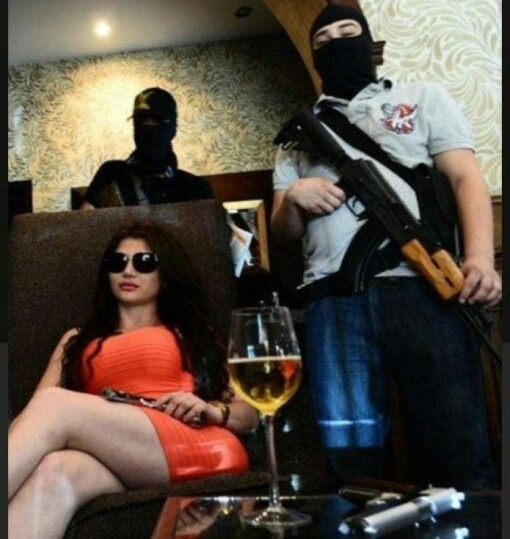 "La Catrina" is an archetypal death figure in Mexico.  Since Mexico is The Halloween of Nations, you see her everywhere.  She's the female companion/counterpart to Death himself.  She looks like this: 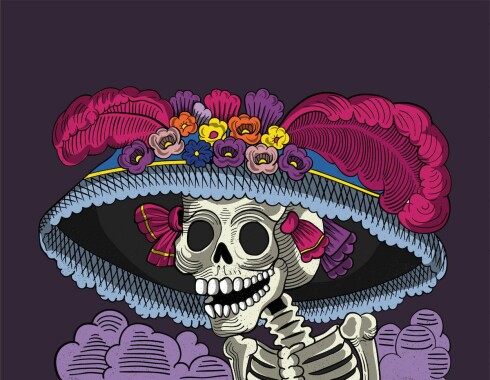 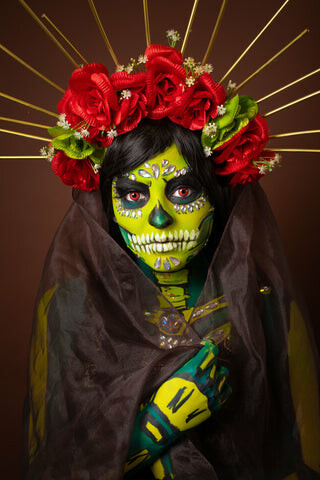 Diego Rivera put her in a mural next to his wife and other historical figures: 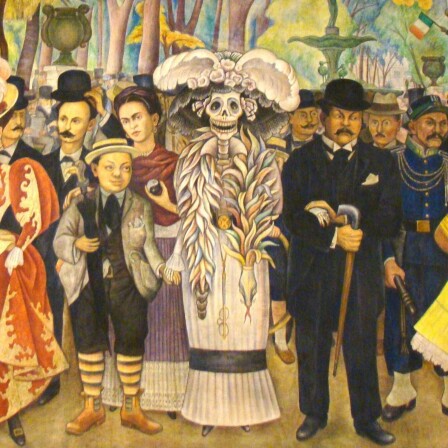 Creepy.  Or hot, depending on the interpretation you're looking at.  It's a compelling image, many people are attracted to. 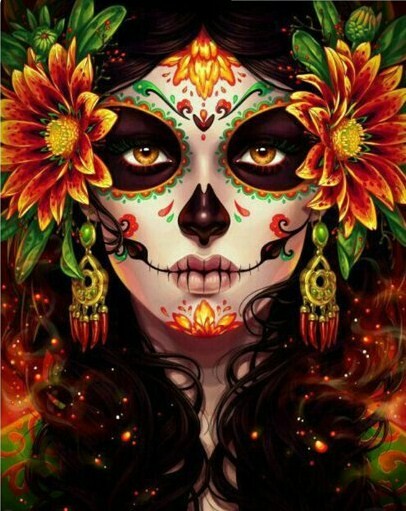 After hooking up with a commander in the CJNG cartel, Maria Guadalupe López Esquivel became a boss over their hitmen.  So she decided to call herself "La Catrina."  She was hanging out in a safe house with some of her boys, when they got an anonymous tip that they were about to be raided.

She was killed in the ensuing gun battle.  Shot in the neck.  Here's a still image from a badge cam, of her bleeding to death with a makeshift tourniquet around her throat: 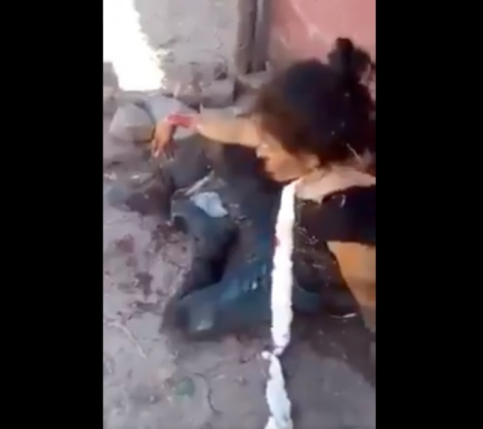 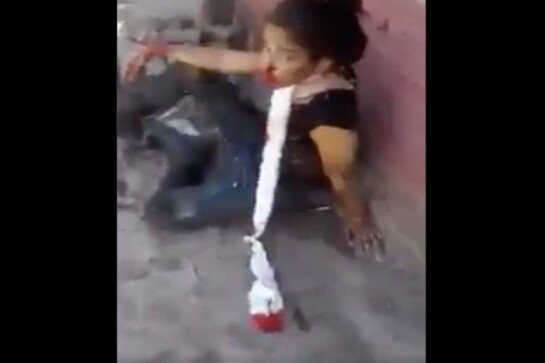 The security forces tried to save her life, 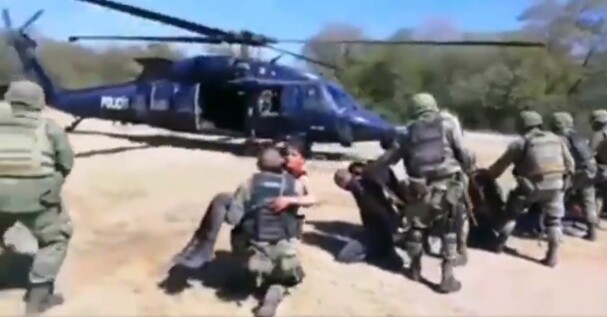 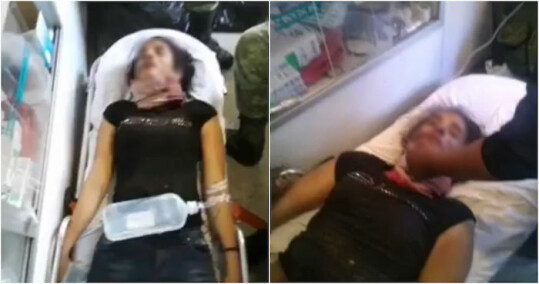 Don't worry, I'm not going to preach about this one, at least not too much.  The story preaches itself.  It's heartbreaking on every level.  Her death, the death of the 13 cops (and who knows however many others), the shattered familes, the grieving mothers.....  It makes me angry at the higher-ups who entice these kids into this life.  This chick probably was just seduced by the gangster, rock & roll lifestyle.  Tons of money, limitless power, total personal freedom.....  Like a female Billy The Kid with more money and better style and hygiene.  It makes me sad.  She looks like a poor, scared kid in the bloody tourniquet photos.  The devil's payout.  The high, unpayable price of being the queen of badass: 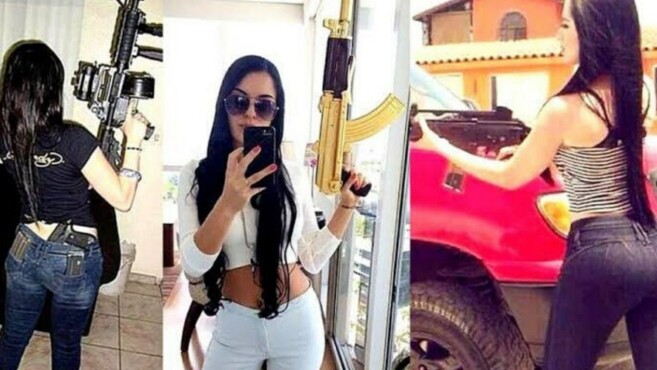 Pretty cool.  The "hot" version of La Catrina.  Well, she's on The Rough Side of Christmas Village now.

God have mercy on her soul.

Even if she was called "The Cruel Sicaria" by some.

God have mercy on her anyway.

While I'm on the topic of young, female sicarias, the story of Joselyn Alejandra Niño is another interesting, harrowing tragedy.  A suspected assassin of the Gulf Cartel, her picture was posted anonymously to a Facebook page devoted to security updates and organized crime leaks in the state of Tamaulipas.

Her dismembered body was found inside a cooler in a supermarket parking lot, along with another dismembered female and a decapitated man.  Her date of birth is not known, but she was in her late teens or early 20s when she was killed in 2015.  Heartbreaking: 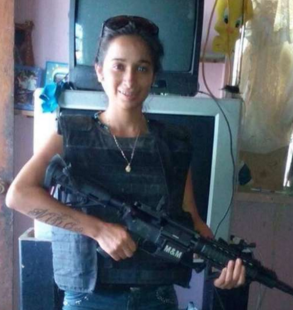 The gangster tattoo on her forearm doesn't match the look of youthful innocence on her face, but what do I know.  Maybe she was a hardcore badass too.  I guess everyone is, at some level...  when they're at war.

Interestingly, her nickname was "La Flaca" (The Skinny One), which is also a reference to, yup, you guessed it:  Our Lady of the Holy Death, the anti-saint with the skeletal frame.