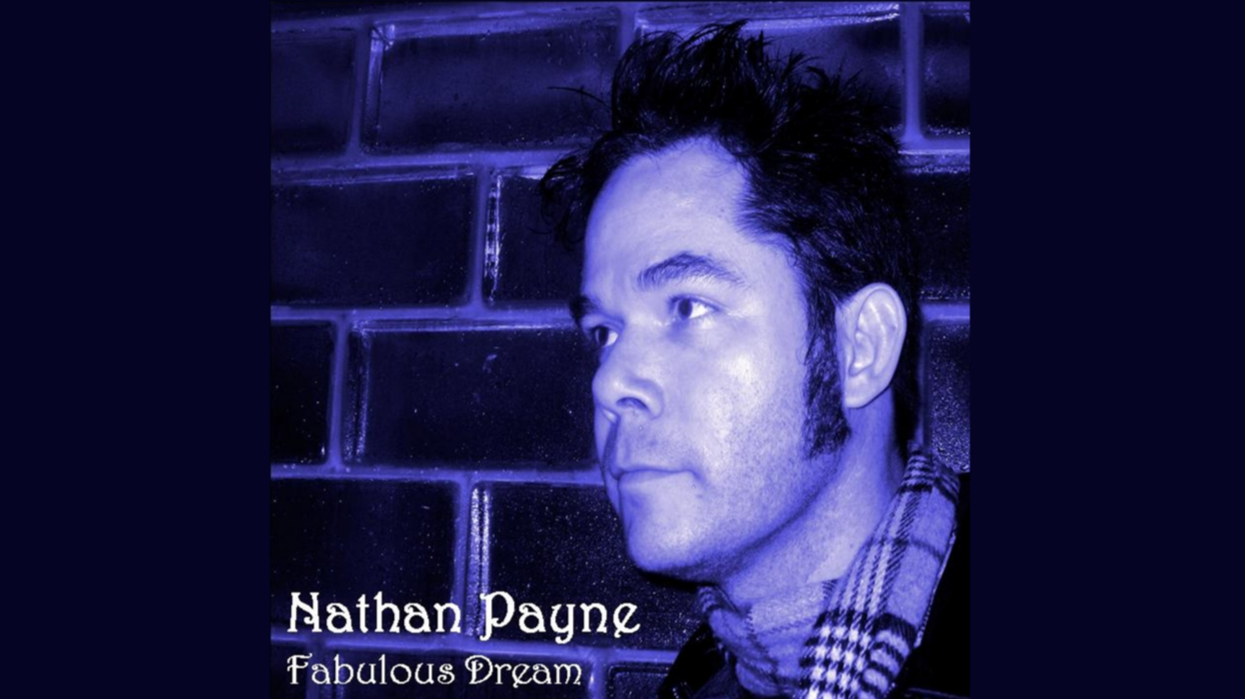 Life is a Fabulous Dream

I call them "sister albums."  Albums which are opposite sides of the same coin, usually made in tandem with each other, like twins.  Vampire Cats and Blinded By Faggots are sister albums.  So are Your Arms Inside Me and Is It For Real?  There are others.  Sister albums hold hands and spin around as if playing a game of centrifugal tug-of-war, and it is only their clasped hands meeting in the middle that prevents them from flying into orbit, or falling off the spinning wheel into the trees and feet of the kids standing to the side.  Sister albums circle around each other like moths beating a spiraling path through the night sky, away from the easy, civilized death by buglight or campfire, and toward the uncertain fate that awaits them in the stars. 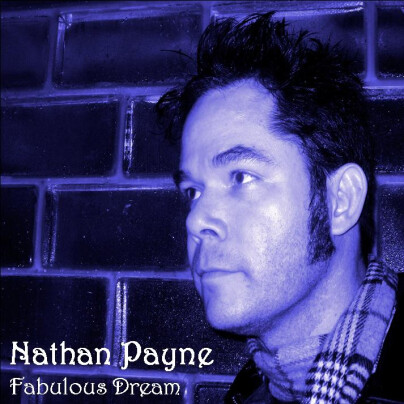 It starts off with the song "Fabulous Dream," which is about 2 different girls in Austin, one of whom I didn't meet until a few months after writing the song.  It was inspired by one ghost, but in fact is mostly about a different ghost.  Most if not all of the events in the song actually happened to me and the girl I met after writing the song.  The speechless meeting in the cemetery, the dancing in the gutters, the cars falling from the sky.  Cars didn't literally fall from the sky.  But if you were there, which you probably weren't, you know that they might as well have, and for all intents and purposes, did.  "Fabulous Dream" captures the descent of the heart into the depths of hell as well as I've ever been able to capture it, and is probably the best love song I've ever written.

"Lonely Road" was inspired by the so-called "Loneliest Road in America," which is Highway 50 in Nevada.  It runs through the middle of the state from Fallon to Ely, and beyond.  I was searching for a home, as usual, and couldn't find one.  In fact I found the Loneliest Road to be quite well-traveled.  Lots of lonely people out there, it would seem.

"Where I Belong" is a daydream about my personal utopia, which involves a lack of violence and douchebags, heavy amounts of solitude, and, perhaps paradoxically, a lively fair full of animals and kids.  "It won't be long, where I belong."

"Hotel Room" is about a hotel in West Texas that reeked overwhelmingly of whiskey and cigarettes.  I was enroute to the 2nd ghost in the "Fabulous Dream" song, who I idiotically married in Las Vegas not long after, but what a trip.  It was a mistake, one which I'm still paying for, but I can't entirely say I regret it.  My regret is near total, of course, but it was an honest and beautiful mistake.  We had no idea what we were doing, but we did it anyway and we meant it and it was an unforgettable night.  Nothing like rolling down Las Vegas boulevard looking for a wedding chapel with your girl after driving through the desert all day.  There's also nothing like being eaten alive by circus bears, which doesn't mean you should do it.  But we did it anyway.  I've never heard anybody say they learned anything the easy way.  Everybody learns everything the hard way.  It's the only way to learn.

"Ghost Song" is the only suitable way to follow a song about getting married in Las Vegas.  It depicts the graphic death of an unsuspecting protagonist whose heart has been frozen to death by love.  His lack of faith in love does not prevent him from being torn to pieces by hungry wolves in the cemetery which is the only suitable place for him anymore.  He asked for it, after all.

"Radiation Song" is an instrumental recorded during the Broken Bird sessions, only a few months after the Fukushima incident in Japan.  I tried to capture the creeping onslaught of radioactive volcano death as beautifully as possible.  The song didn't fit on Broken Bird, so I set it aside for later, and it ended up here.

"Down You Go" is a guitar part with lyrics on top.  Technically, that's what all guitar-based music is, but this isn't really a chord-based piece of music.  This is a guitar riff I threw some lyrics on top of like anchovies on an ice cream sundae.  I hate the lyrics.  I've never in my life shot a bird with a BB gun.  We shot cans with our BB guns.  I would never kill anything just for the sake of killing it.  But it's what jumped into my head while writing the song, and it stuck.

"Cold Dead Night" is a love song from the late 90s, I wrote for some chick in Chicago.  It's actually an amalgam of chicks in the song, which happens a lot.  One chick in one verse, another chick in another verse.  I did actually read that the one girl would never repent, on a newspaper in a break room at some warehouse job in Chicago.  I picked up the newspaper and it said clearly, "she won't repent."  Sometimes God speaks clearly.

The end of the song about the drug overdose is another story.  You can read about it in the article The Last Days of "El Futuro" if you like.

"A Little Love" is an old song from I don't know when.  The 90s, maybe.  I laid down the basic tracks during the Broken Bird sessions, but it didn't work for that album so I chiseled away at it while recording Fabulous Dream, and it worked.  It's a rare occurrence of a key modulation in a song, which I never do.  The end is in an entirely different key, though the riff and chord structure is the same.  Often, I have bass players who need me to point at the fretboard to teach them the songs, and songs like "A Little Love" are simply too hard for the band to play.  It's not disappointing.  There are lots of songs that take priority over "A Little Love" in a live setting anyway.  But this has always been a personal favorite of mine.

"Bus Stop" was written in 2008 in a trailer behind a fake Christian ministry in Oceano, California, where me and the 2nd ghost were broken down after our transmission blew up on the 101 enroute to Oregon.  That's another story.  Suffice it to say, the fake prayers and cult-like idiocy was such that we chose to MOVE INTO OUR CAR AND DRIVE TO SAN FRANCISCO to get away from it.  That was a tense, unforgettable season.  We lived in the car with our cats in San Francisco rather than living behind the women's halfway house controlled by a fake preacher who was into control and subjugation.  It was the last time I ever visited S.F.  We played in the BART stations for a living, which is why we bathed at the library and spent our time off hanging out in the park.  The park, always the park. Though I do know one guy who has managed to live for years, indoors, in San Francisco, from what he makes busking in the BART stations.  At any rate, threlationship wouldn't entirely die until I put work and ego first during the Slow-Burning Fun sessions in N. Hollywood several months later, but car life in San Francisco did a lot of damage, not to mention being stuck behind the weird cult house.  Whatever the circumstances surrounding it, the song itself is all about a guy who's stuck at a bus stop in the snow, and decides to meet his girlfriend on the windowsill like Peter Pan.  They go flying around, and he observes his bored, freezing body waiting for the bus below, and wonders what he's doing there.

"It's Gone" is a rare incidence of throwing some chords under a piece of writing about social issues.  Which is why the chords never change for over 9 minutes.  The song does progress vertically, though.  I enjoy writing songs like that from time to time.  The "falling cars" from "Fabulous Dream" make a cameo as the ceiling of the unkempt warrior protagonist who appears in the beginning of the song.

"When Patience Becomes a Necessity" is a relatively rare example of a "rock" song with a poppy, catchy refrain and mostly ridiculous lyrics.  I've always enjoyed rhyming "parasol," "aerosol," and "tear us all."  As in, to shreds.

"The Heart Makes Up Its Mind" was a spontaneous, improvised performance of an idea I came up with while sitting at the recording machine.  I had the first few measures, the E major with the G# to Eb line in the melody, or maybe a strong Major 7th vibe, I can't remember.  I haven't played it since I recorded it.  I can't.  I made it up as I went along.  It was a fun one to record, and is a suitable ending for an odyssey from hell to heaven by way of the heart.

Fabulous Dream may be the blue, dead sister lying on the steel table at the morgue while her flailing, broken sibling takes drugs in Las Vegas, but in the end, she's the one who finds peace.  Recording is the art of musical taxidermy, after all.  Playing live is like putting on a circus show full of live animals doing tricks; recording is the art of stitching up the dead elephant into a reasonable semblance of a living creature.  Make it stand on its nose, stitch a smile on its face, sell the frozen corpse to as many people as will buy it.  Nevermind if the eyes are made of glass.  It's an album, recorded in a freezer.  Maybe this is why Fabulous Dream is my favorite album of mine.  It's not the most seamless stitching job, but the animals happen to be freeze-dried into particularly beautiful shapes, even if their eyes are obviously dead.

Fabulous Dream turns 10 on January 28th.  I plan to prop it up in a chair, put a lit cigarette in its mouth, and take a picture, like a squirrel holding a beer.  The illusion of life is sometimes enough.  Like love, it isn't morbid if it isn't real.