PDF Converter V8.6.4 - You Can Now Add tools/Features To Your Favorite List, Convert From Excel, Or Image Zip Files TO PDF files, And Sort Your History Page With The Filter Feature. 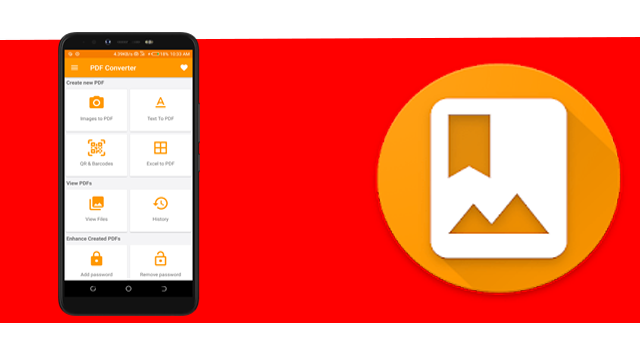 PDF Converter V8.6.4 - You Can Now Add tools/Features To Your Favorite List, Convert From Excel, Or Image Zip Files TO PDF files, And Sort Your History Page With The Filter Feature.

I don't think I have ever seen any female developer that is as brilliant as Swati4star. If you've not used any of her projects, then, I'm wondering what type of conversion tool you've been using.
Also, if you missed my introductory post to one of her projects, then, I'm wondering what blog you've been reading. 🤦
But, you don't have to stress yourself because I have placed the links to my previous reviews in the last subheading of this blog post. I recommend you to check them out.

If you've checked my previous posts, you'll notice that the project had only released one version since I reviewed it over 3 months ago. So, why am I hyping the developer?
You need to get the app downloaded to see the lists of features in it. So, head over to Playstore to download, and install it.

If you've downloaded, and used the available features, that's awesome. But, guess what? Swati4star have just added four new updates to the app.
Below is the list of the new updates in the latest version.

After using the latest features, I appreciate the developer for her ideas in this update. While using the changes in the latest version, I noticed that new features could be categorized into two parts.

My Experience, And Thought About The Features

Despite the fact that PDF converter already had numerous tools embedded in it, the developer still found spaces to add two new ones. This is awesome, and I give kudos to her.

I personally don't work with Excel files. So, I have never thought of needing the feature. But, there are users out there who might be in need of it. And it's awesome that it's now available for them.

If a user needs a tool, the first thing they do is to search on Google. In most cases, most of the results suggested are online tools which I don't recommend. The reason being that, it requires an internet connection. The Excel to PDFconverter in PDF converter is an offline tool. It doesn't need any connection.

This tool works like charm. Very similar to other types of file converter in the app. They do requests for the file to be converted. And after they've been selected, it needs a single tap to set the name, and then, pressing on the OK button converts it immediately.

The second new tool in this update is the Image Zip to PDF converter. This tool is somewhat strange to me.
The app has a feature that converts Images To PDF, which I have always Loved. But for zip file to PDF? Nah! I have never seen that before.

Note: ZIP to PDF is different from Image Zip to PDF.
I had to confirm this after I selected a random zip file to be converted to PDF, which I got a prompt error message saying that, ''there isn't any Image in the selected file''.

In the older version of this app, there's an option to convert an image to PDFwhich is great. But, there are times I download images, especially icons that are zipped for easy transportation. Unzipping the downloaded icons to images has always been a tough experience for me. But, I am happy to see the Image Zip to PDF tool that has just been added to PDF converter. With this tool, I don't have to use any other application to unzip my icons packs.

This is what I usually do:

I believe you've seen why I made the statement that, Swati4star is a brilliant developer. She's always adding new tools to the app ❣️

Apart from the new tools explained in the previous part of this article, Swati4starwas able to include two new features to enhance users experience with the app.

Firstly, you have to agree with me that there are several file converters embedded in this app. It's a fact, and I have stated that at the beginning of this article.

Scrolling down to the tools I use the most is somewhat stressful. Because of this, the developer added a button with a sign of love/heart (💓). This button helps users to add their favorite features, or tools to favorite page.

So basically, this new feature is a button that adds favorite features to an interface.

Swati4star placed the favorite button to be shown on every part of the app, irrespective of the page you're in. Clicking on the button opens the list of favorite tools/features.

Filtering is similar to sorting. So, the page is actually sorting the activities according to how the user needs to view it.

PDF converter Vs Others

The very first time I reviewed This project, I compared it with a similar app on Playstore, with the name PDF Converter. They both share the same name, but with different feature.

PDF converter by Swati4star has different types of tools, which aren't present in its competitor's project.
Also, the latest feature in Swati4star's project, which sorts activities seems to be present in the competitor's app. But I was disappointed after using it. It lacks sorting features
Take a look at its sorting options; 🤦

A few hours ago after the release of V8.84, I have already seen a commit from the developer to add the ability to Extract Text from a Pdf file.

If you are someone who does file conversion from one format to the other, PDF converter by Swati4star is the best tool. I recommend it to you, and you should also do the same to others.
Thank you for reading my blog once again. And, don't forget to check out my previous reviews from the links in the subheading below. Bye.