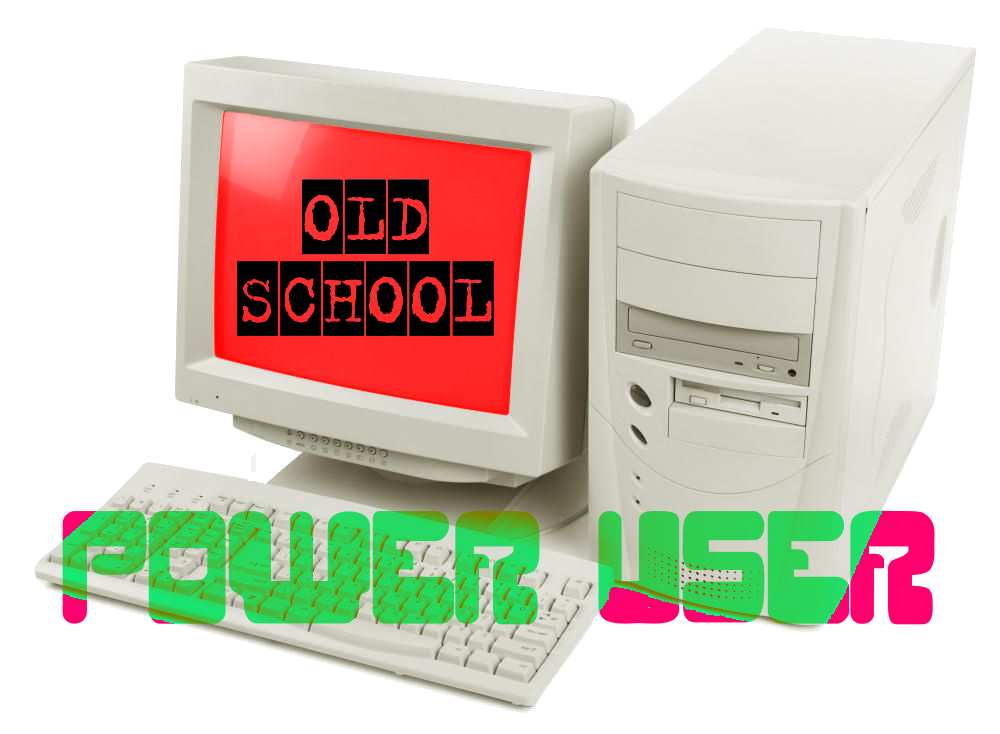 Since this is my first post for Old-School Power User, I want to quickly tell you a bit about who I am.

When it comes to Cryptocurrency, I'm a Schmo, but when it comes to computers, I'm a Power User. I have a Bachelor's Degree in Computer Networking. Even though I went to college in early 2000s, I was still required to learn DOS 6.22 and Windows 98 (two books still sitting on my bookshelf). I was a child of the 80's and "technically" my first computer was the original Nintendo. My family did eventually get a 486. I witnessed the evolution of computers before my very eyes, and even though there has been great innovation in recent years, taking computers to being incredibly fast and efficient, it is still based on the princples I saw as a boy. I came from a generation where we tried to use our mice as little as possible and we saved our work religiously, unlike today where everything requires mouse usage and there is auto-save.

Perhaps you call my a fuddy duddy, I just say I'm Old-School. However, I still know how to get the most from my computer.

I've used Internet Explorer, Opera, Safari, Firefox, and Chrome (never Edge though). My browser of choice was Firefox, and for the last fifteen years it's been my default browser. A few years ago, however, a change in how Firefox did things cause many websites not to function on Firefox (such as YT Hangouts), and I was forced to use Chrome. For the last few years, I've used both Firefox and Chrome at the same time.

Why did I never just fully switch to Chrome? Truthfully, Firefox feels like a glove, it fits me perfectly. Chrome has always felt weird too me, like it was more an oven mitt. Probably because I used Firefox for much longer of a time, though I do feel more comfortable with Chrome now than I did many years ago. I just used Chrome to do things that I couldn't do on Firefox, felt like that was the right thing to do for me.

What I needed was someone who uses it, someone's whose opinion I could rely on. My Pathfinder DM was one such person, as he was recommending one of our players with a slow computer to try using Brave to run Roll20.net. So I asked him his impression of Brave, and he gave it high praise. So I decided it was time for me to use it.

Setup was easy enough. I migrated Firefox and Chrome's cookies, bookmarks, and other related stuff. I did have a problem with Gmail integration, which seems like a common problem, with no real solution. They say to delete your cookies, which I did, but still wouldn't work. I finally found a solution.

Doing all of that allowed Gmail to work. Likely taking Gmail cookies from Chrome caused the issue.

As promised, it loads websites fast. Being Old-School, I know a few tricks of the trade on how things appear fast when in truth they're not. Such as the dial-up days they offered download accelerator, which was just loading a lower quality picture first before loading the higher quality up afterwards (or not at all). Most people wouldn't notice the lower quality, so they thought it was faster. On my wordpress site, I have it set that it only loads what you see, and in the background loads the rest except pictures. As you scroll down, then it loads the those pictures. These are not faster, these are just illusions that the general user won't be aware of.

As of writing this, I've been using Brave since Thursday night, so two full days. In that time, Brave tells me it has saved me 2 minutes of time. Doesn't sound like a lot, but given that 1 second of load time can seem like an eternity for some users, two minutes is impressive, so site loading is improved. I see it when I load pages. I also use a password manager, and before when loading a page on Firefox/Chrome, it would load but the userid and passwd wouldn't be in there right away, or at all. Now, it's in there waiting for me the first moment the site appears before my eyes. It's impressive.

But the speed is not so much a concern for me. I lived in the era where resetting your computer could take upwards of five minutes. Now my computer can do it in 90 seconds (thank you SSD). The big question for me is, how well does the site handle? Very well. It feels smoother, crisper, so much easier to deal with. This is a minute thing, but I bet on a subconscious level many people would enjoy how it handles even if they can't consciously tell that it is better. It's like going from on-board VGA to top of the line GPU. It isn't just things load faster... things flow. I don't know precisely what Brave has done to create this, but it's like they removed all the bloatness of Chrome to make a better user experience. It's wonderful.

Adblocking was not a feature that really swayed me. To be fair, I haven't really tested Brave in this way. In two days time, I've blocked over 2000 ads. I haven't noticed any sites telling me to turn off my adblocking however, but that may also be inhereted from Firefox that I turned it off for those sites already. I am hoping with its integration within Brave that it proves more efficient, but it being open source and Brave becoming more popular, someone will find a work around. Then of course Brave finds a fix to the workaround, and just becomes a vicious cycle.

One thing I'm hopeful for with ads in Brave is the concept of basically bribing its users to look at ads. We'll give you a small bit of cryptocurrency if you look at this ad. I hope that becomes the future. We've seen this on the internet where you can take survey for points to get gift cards, so not exactly a new idea, but I do like use of crypto and blockchains. I think ads take away from the experience of the internet, but understand it's a necessary evil as well. This use of crypto for advertisement would make internet usage so much more enjoyable.

I will say that this is a good replacement for Chrome. I say that, because I am still using Firefox. Despite how lacking Firefox has become over the years, there are still a minority of websites that work better for Firefox than they do with Chrome (and by extension, Brave). That said, with use of Brave, I've reduced my usage of Firefox to only those sites, and now use Brave as my default browser instead of Firefox. Funny enough, this makes Firefox a little faster since my use of it is reduced.

As much of a glowing review I give it, I will say that Brave is not your mamma's or poppa's browser. All the other browsers in some ways have spoiled the consumer base that many things are turned on by default, which in Brave are turned off. For instance, Facebook didn't make the ding when someone messaged me. I found something up top that said it prevented auto-play feature, which I then turned on. A general user might not see or understand what that is, or is likely to forget if you explain it to them. I love this, as many times I go to say a news site to look at an article and the site automatically plays a video of a different news story I could care less about. If autoplay is turned off by default, I don't have to hear it. Brave allows me to choose what to hear, rather than Firefox and Chrome assuming I want to hear everything.

I recommend when setting this up for the first time to go through every setting. You may find that something you enjoyed in other browsers off by default, and you might want to turn them on. I rather a browser assume I want the most efficient experience possible rather than assume I want to be overloaded.

I do dislike the new tab page. I use new tab pages for Firefox and Chrome and I like having a quick guide to navigate to which website I need to go to on the fly. I use an extension in Firefox to keep track of 25 websites and Chrome to keep track of 8 (remember that Firefox was my default browser until Brave). The one thing lacking is that Brave only keeps track of about 5. And you can't edit this page. Brave has acknowledged that people desire to edit this page and a future update may address this. This gives Brave an incomplete feeling. Not everything is put in place to give the complete browser experience that Chrome and Firefox can give. Doesn't mean it will always be like this.

One way to bridge the gap of the development of Brave, since this is basically Chrome on speed, it still allows for use of the Chrome Web store. What you could install on Chrome, hypothetically you can install on Brave. I say hypothetically because there is no guarantee it will work. So far I haven't found anything that wouldn't work.

As an Old-School Power User, this is not only my new browser and replacement for Chrome, it is now my new default browser. I'm still using Firefox for a small number of sites that don't quite work with Chrome/Brave, but most of what I would have used with Firefox a week ago, is now on Brave. I highly recommend this product, but only for those who understand how to use their computer. This may not be a good fit for novice users.

Even though I am a power user, I'm a bit more old-school in how I use computers. 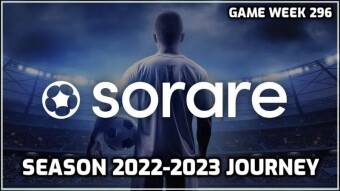