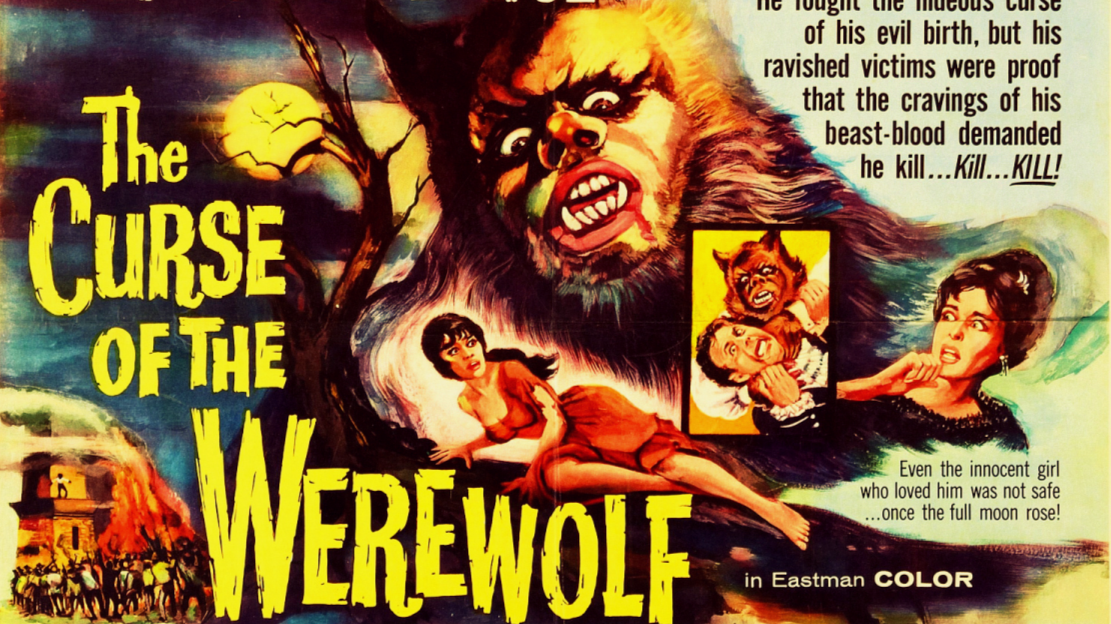 No-Nonsense Review: The Curse of the Werewolf (1961)

This movie exists in the Hammer Film universe of the 50s, 60s, and 70s, and is distinct from the earlier Universal Wolf Man movies starring Lon Chaney Jr. as Larry Talbot/the Wolf Man.

Fifteen minutes into this 1961 film, and it's booooring. It lacks the charm Lon Chaney Jr. brought to the Wolf Man franchise. Here, a Beggar gets taunted by a Marquis, then locked up and forgotten. Beggar's only contact is his jailer and the jailer's mute daughter. Marquis hits on Mute but she refuses him, so he has her locked up with Beggar. Beggar rapes Mute and dies. 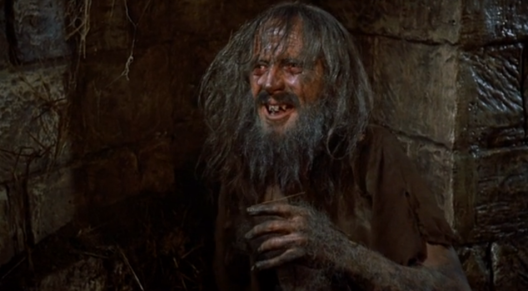 Mute gets out, stabs old guy to death, runs away, and hides in the forest like an animal. She is found and taken into the home of Wife and Husband, where she is tended to. Mute is pregnant and dies in child birth on Christmas Day. This is bad because... something something, werewolf? We are about 1/3 of the way into this movie, and it feels like not much has happened.

Wife and Husband have the child baptized, but he develops a taste for blood while out hunting. Uh oh.

The child grows to be a man, but also a werewolf. A Man Wolf.

Man Wolf leaves Wife and Husband to work at a winery, where he befriends Co-Worker and falls for winery owner's Daughter. Co-Worker takes Man Wolf to a brother, but Man Wolf does his wolfy-thing and kills Co-Worker and a woman. 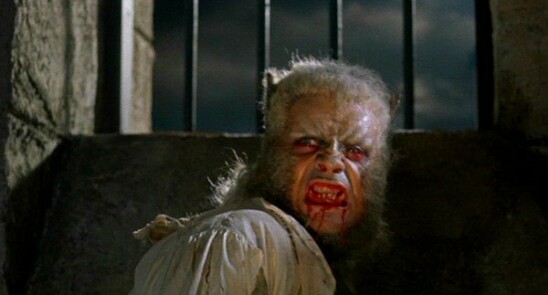 Man Wolf discovers Daughter's love can prevent him from changing, but too late--he is arrested for murder and locked up. He's worried he will transform again, and begs to be put to death. Unfortunately, nobody believes him. Predictably, he changes to a wolf and kills a few people.

Finally, the townsfolk ask Husband to help. Husband makes a silver bullet out of a cross, and kills Man Wolf--the boy he'd raised from infancy.

Watching this movie was a chore. The pacing is inconsistent, there is too much story and it isn't delivered in an efficient or satisfying way, and there's far too little werewolf for a werewolf movie.