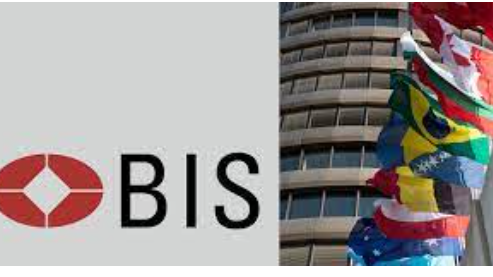 It is easy to get distracted when thinking about CBDC's the evil centralized control, the tyranny of them shutting off access to 'money' just because you have different thoughts and beliefs than the drivel they are ramming down throats.

The dark blue areas are area's served by BIS

When you take a global overlay such as Bank for International Settlements (BIS) developing two CBDC prototypes you know how serious they are about CBDCs despite how many ways they spin their stories.  Take for example earlier this week the Central Bank of Japan said they were not working on a CBDC and you sprinkle in these comments from the BIS it easy to see how the two go together.  Technically Bank of Japan is not working on a CBDC they are relying on BIS to do their dirty work for them.

Bank for International Settlements (BIS) platforms has wrapped up testing in four areas:

Wonder what regions are up for testing next?

What did the testing in the four regions show?  "The project's findings also affirmed that any such arrangement should be subject to the governance deemed appropriate by central bank participants, including allowing them to retain control of the application of rules on a jurisdictional and currency level."  Bank for International Settlements (BIS) testing showed that their platforms are a natural fit for international settlements.  WOW, did you get shivers?

Summary - Take from this what you will it is clear the plan is for each nation to declare they are NOT working on a CBDC solution while willingly working with Bank for International Settlements (BIS) behind the scenes on how to fit their CBDC platform into use.