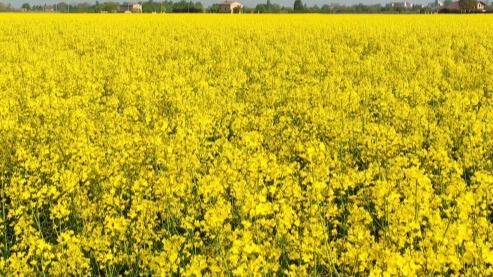 It had been a few weeks that I had promised myself to go and photograph a field of yellow flowers on the hillside that I saw from afar, but first I had to go to a store.

After the shopping, I took the car with the aim of reaching the hills. I was supposed to drive for about 20 minutes, but I stopped almost immediately in front of this incredible vision. 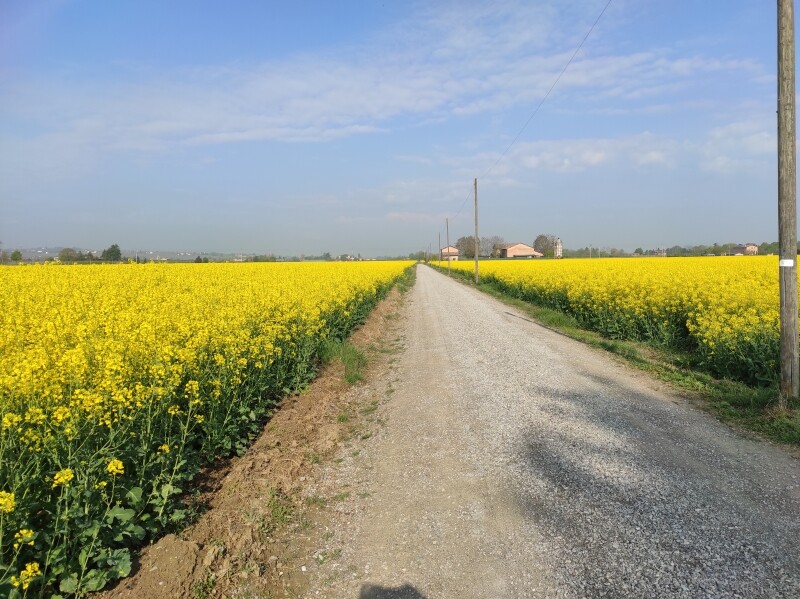 The yellow field was larger than I had ever seen. 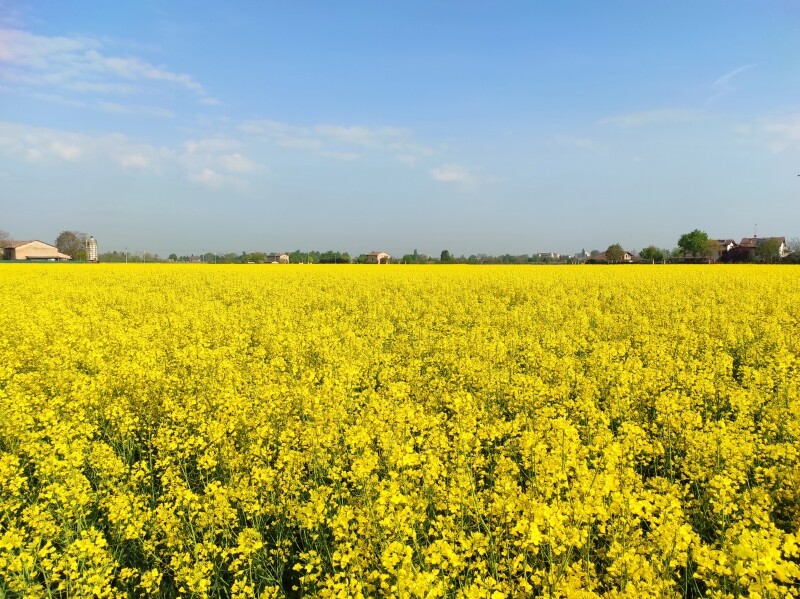 I had difficulties in trying to see where it was the end of the yellow. It seemed it was melting in the skyline. 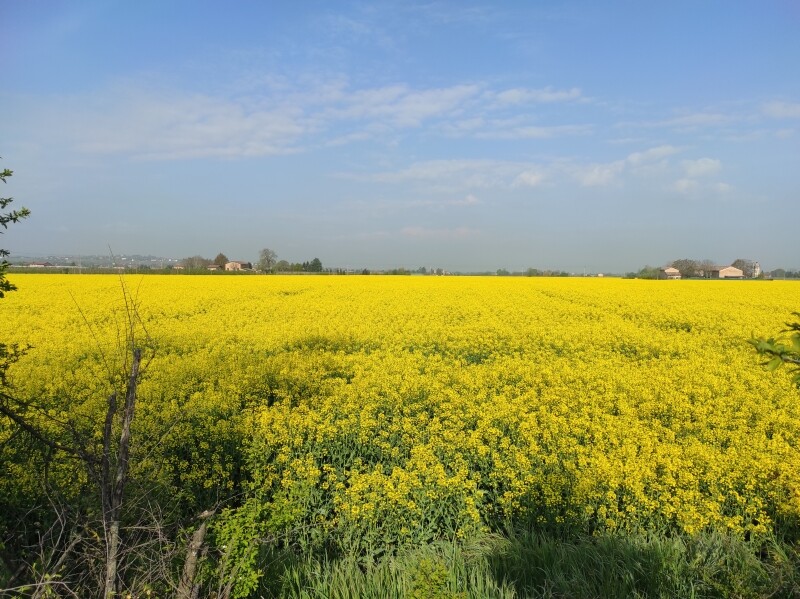 I found a place where I could immerse myself in the yellow sea without doing too much damage to the crop. 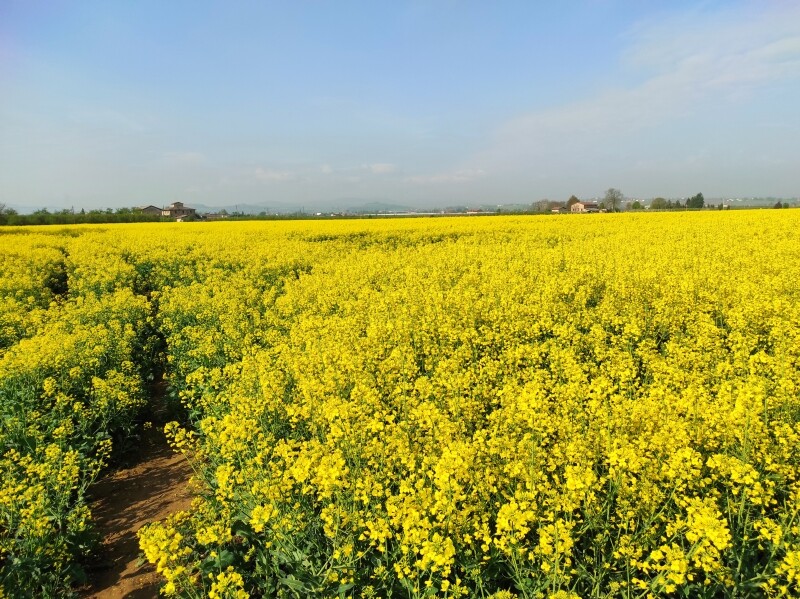 I could even bend down and disappear from the sight of passers-by. The plants were quite tall. 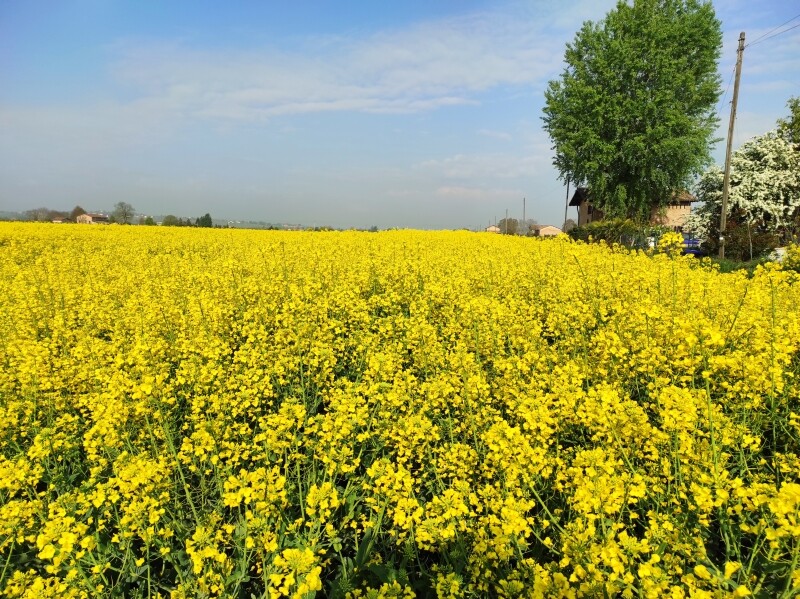 I am not sure, but I think they were rapeseed plants (Brassica napus) cultivated to be used as fodder for cattle. 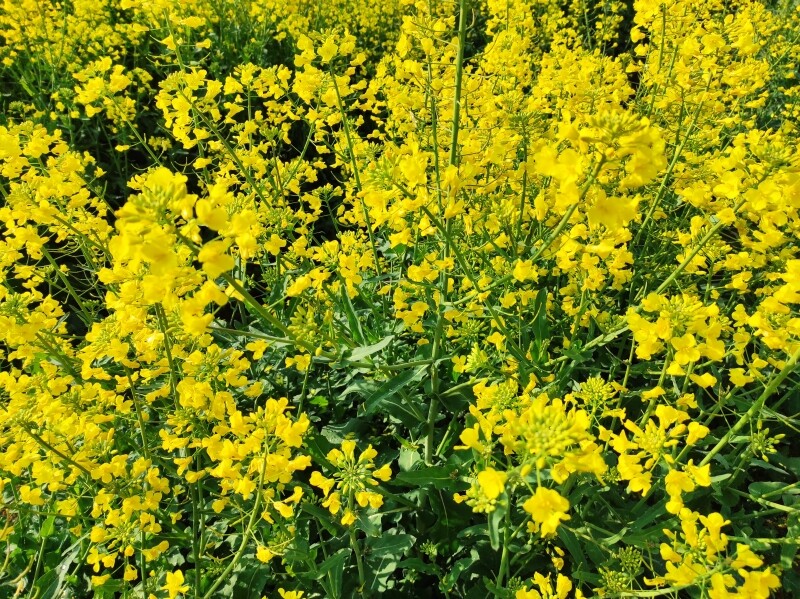 All images were taken by me with the smartphone camera.