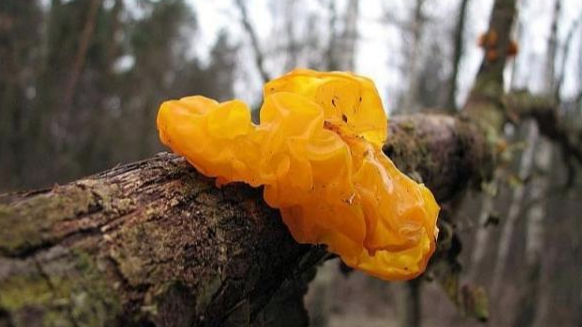 Tremella mesenterica - (common names include yellow brain, golden jelly fungus, yellow trembler, and witches' butter) is a common jelly fungus. It is most frequently found on dead but attached and on recently fallen branches. The gelatinous, orange-yellow fruit body of the fungus grow up to 7.5 cm diameter. It grows in crevices in bark, appearing during rainy weather. This fungus occurs widely in deciduous and mixed forests and is widely distributed in temperate and tropical regions that include Africa, Asia, Australia, Europe, North and South America.