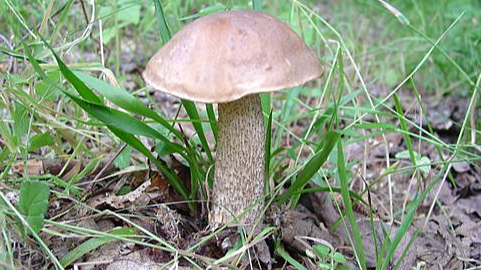 Leccinum scabrum, commonly known as rough bay boletus, stalk and birch mold, is an edible fungus. Widespread in Europe, in the Himalayas in Asia and throughout the Northern Hemisphere, and in Australia and New Zealand. The hat has a width of 5-15 cm. Initially, it is hemispherical and later becomes flatter. The cap's skin is light-brown to red-brown, later often more or less brown, smooth, bald, dry and rather slippery when wet. The stem is 5-15 cm long. After cooking, the birch becomes black. A very tasty edible mushroom.