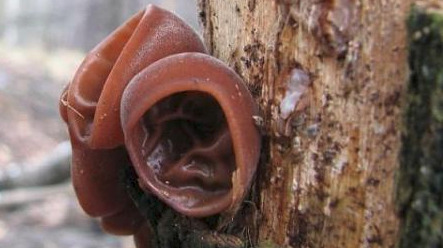 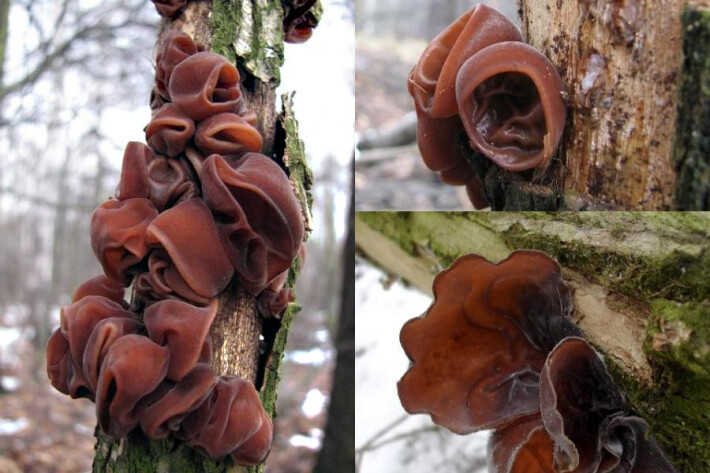 Auricularia auricula-judae, known as the Jewish ear, wood ear, gel ear or a number of other popular names, is a species of Auriculariales mushroom found throughout the world. The fruiting body is distinguished by its clearly reminiscent shape and brown colouration; grows on wood, especially the older one. Mushroom can be found throughout the year in temperate regions around the world, where it grows on both dead and living wood.

In the West A. auricula-judae was used in folk medicine in the 19th century in the case of ailments such as sore throat, eye pain and jaundice and as astringent. Today, mushroom is a popular ingredient in many Chinese dishes. Modern research on possible medical applications has shown that A. auricula-judae has anticancer, hypoglycemic, anticoagulant and cholesterol-lowering properties.