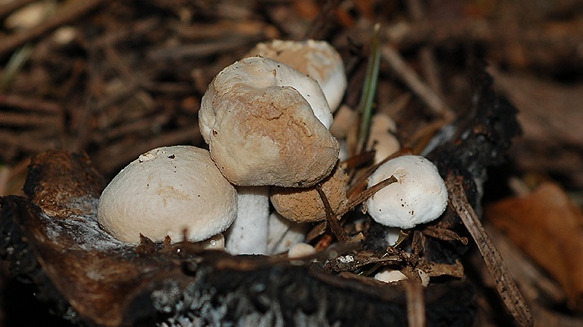 Stem 20-50 mm high, up to 10 mm thick; even, dry, smooth or velvety; young whitish, later brownish. The base is covered with white mycelium.

Occurrence: In forests, it parasites on old, rotting fruiting bodies of Russula doves and Lactarius dandelions, especially on dove Russula nigricans and Russula densifolia. In groups, from summer to late autumn.