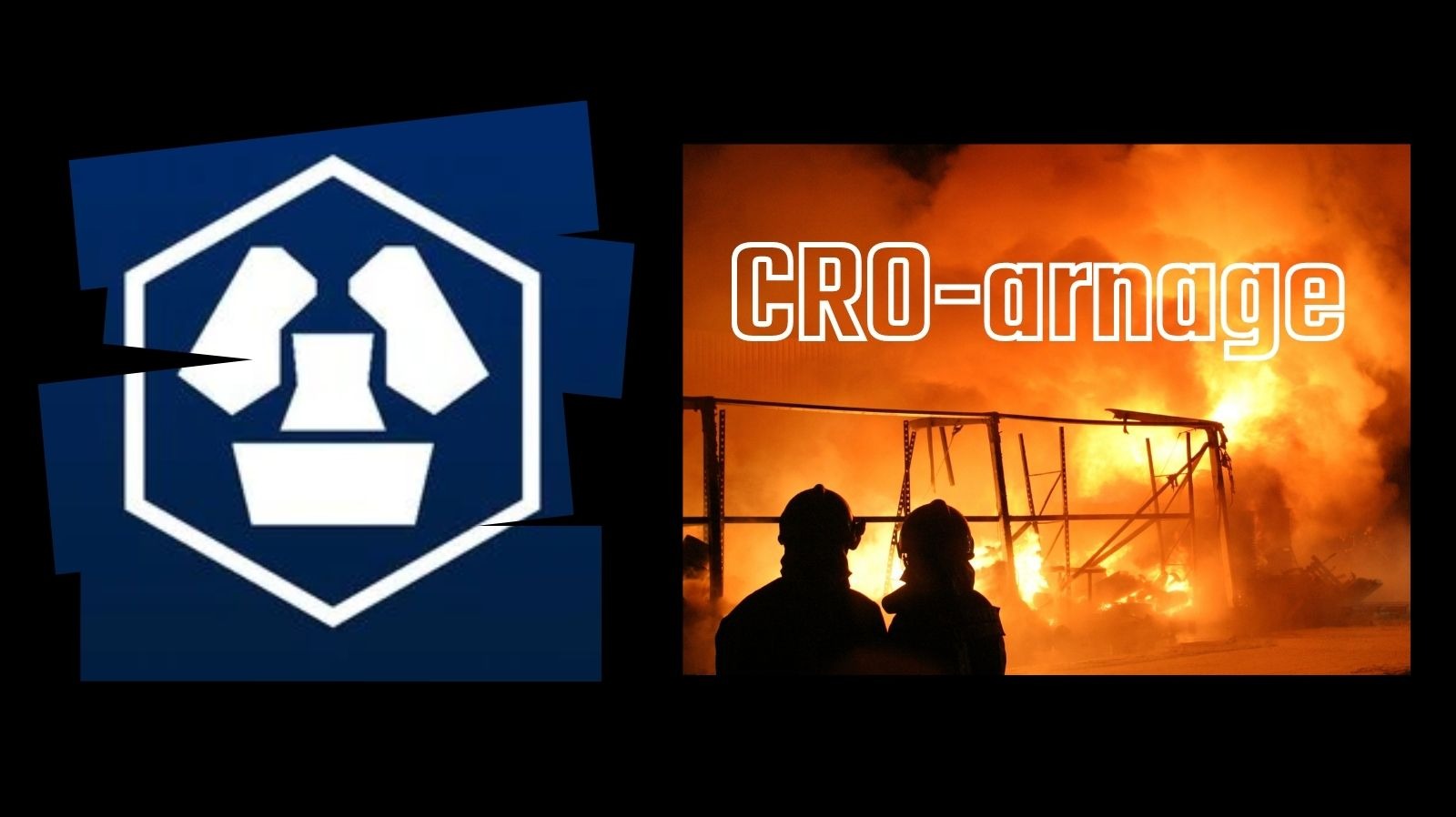 CRO-arnage - The Importance of a Usecase

We have all probably read the news about the updated terms for crypto.com bagholders/cardholders.

Another passive crypto income has been lost for me as they have scrapped the cashback and destroyed most of the perks of having a card.

The benefits have been too good to be true and for those who got in early, the last 2 years have been a nice windfall.

However, those who got in recently and bought CRO at some of the higher prices are now getting a big rug pull.

As of now at $28,97, CRO is -69,9% from its all-time high. Those with locked in CRO are possibly looking at some large losses as many users abandon their visa cards.

CRO fell over 25% this week from an already weak position

For crypto.com, a centralised corporation, the main focus is on maximising its profit and the visa card has been a great gimmick to attract users. Now they can focus more on their exchange business with high spreads and CRO (now a top 10 crypto by Marketcap) can be a purely speculative crypto.

The difference between a centralised and a decentralised system can be seen clearly here with this rug-pull. In order for a token to be successful, it needs a use case and crypto.com has thrown this out in the pursuit of profits. A community and development are also important for success and they have taken a dump on those too.

The use of CRO as a reward for spending with their card was great in driving demand for CRO and new customers. Without this, why would anyone hold CRO except for some staking rewards that they can get out of nearly any crypto? Such as a stable coin with a fixed-to-fiat value to protect the downside.

In a typical centralised fashion, totally missing the upcoming monetisation of everything, I believe crypto.com are taking a step backwards here as the future tells us that we will get crypto rewards for doing literally everything in the future, including spending fiat money (if it exists in the future).

As we have seen many times before, corporations who start off with good intentions, end up cannibalising what made them great in the first place. As an example, eBay was built on the back of an active community, but the corporate money was too much for them to resist and they turned on their community and destroyed what was good about it, the same as crypto.com is doing now to their community.

This is why centralised businesses like Twitter and Facebook are no threat to web3 decentralised platforms, they just cannot compete. The reason for this is that they cannot align the interests of all the stakeholders as web3 does. Shareholders, Managers and Employees' interests are not equally balanced. Add into the mix the corruption from the elite causes destructive tendencies instead of creative tendencies and problem-solving like what you see in community-focused projects. 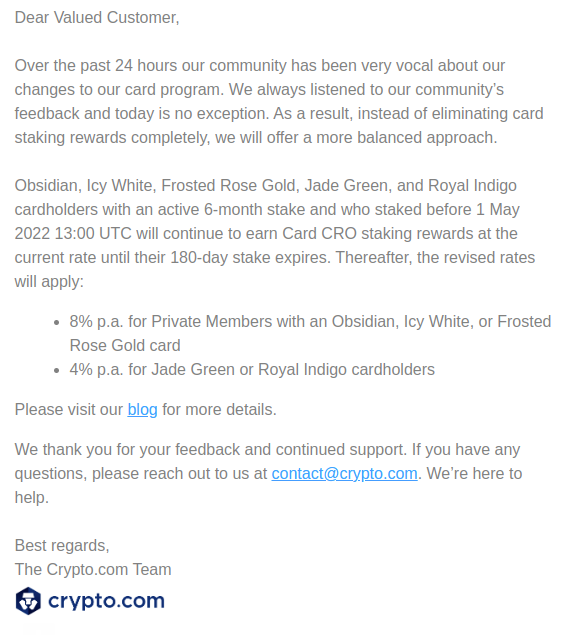 The outrage from the community caused Crypto.com to soften its changes to some of the biggest bagholders, but it looks like the damage has already been done. There were pictures of cut-up cards and cards being burnt all over social media. The fact that so many changes and so quickly were introduced seemed to come as a shock to many, even though it was all too good to be true.

What to do if you are holding CRO in a loss situation?

With the reduced staking rewards and fewer incentives to buy CRO, there could be less inflation in CRO in the future causing higher prices. So it may make sense to hold onto your CRO and stake further in the Defi wallet at 12% until you go back into the profit zone.

The other outlook could be there is already a lot of CRO in circulation and the exchange business is not enough of a use-case for this demand. Therefore we could see a further devaluation of CRO. For sure there will be fewer users buying and holding CRO and now that it's a top 10 crypto, where will the demand come from?

What do you think is next for CRO?