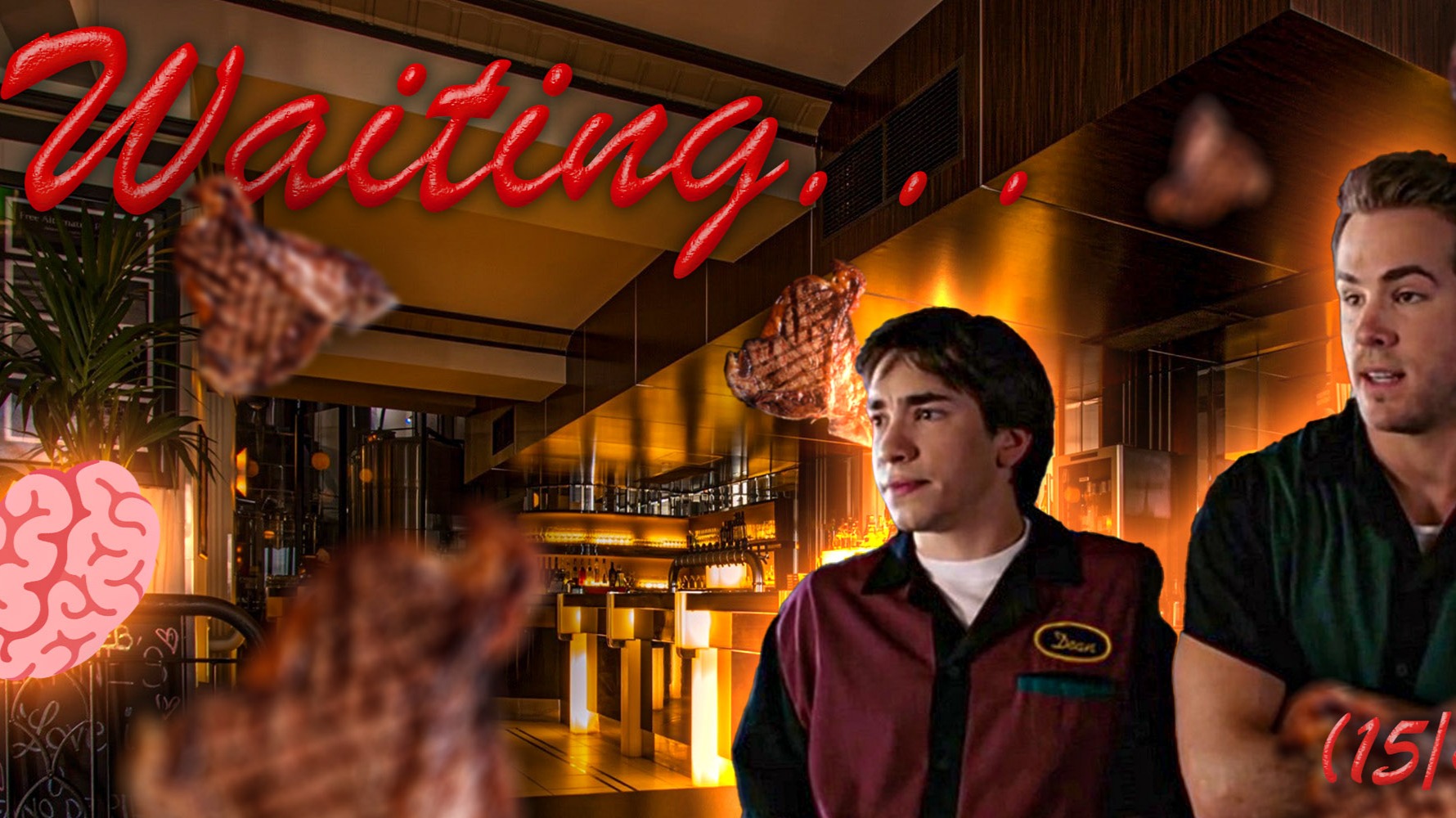 We are actually waiting

All along the movie, we really don't know at all what will be the end. We are waiting for something to happen to move everything. But nothing.

Each character are having their story and we are waiting for all of them something new in their storyline to see where they will end up, but that never happens, until the really end of the movie and that's a strange end.

The only thing we can see during the movie is a social exposure of how a bad restaurant can end if no one is smart enough to stop all the terrible things coming.

There are a lot of sex jokes. One of the main idea of the movie is that everyone in the movie working in the restaurant is trying to surprise the other worker with their balls. Sometime just showing them but also trying to mark some point with imitating a brain with their ball sack.

They all are jerks in a way. For different reasons but most of the make are sexually harassing all their female coworkers and the women want to humiliate the others. The worst being the many always talking about sex. And I don't know why but all the men are attracted my minors.

Today the movie would probably not be approved because there are really too many jokes about rape and harassment bu Fortunately, at the end most of the characters realize what they said, and RR wants to wait one week before a girl turn 18 before having sex with her.

The cast is incredible. Every actor fits perfectly his character. I can't really explain but they chose the good actors for each role as much that I could not even thing about other actors for most of the characters. Ryan Reynolds being probably the easier to replace but you will still need to find a 25-30 yo handsome and sporty man being know for a lot of sexual and ironic humor.

I'm currently rewatching The Office and David Koechner's character is so much different. In the office he's probably the worst character, sexually harassing everyone he can, boys and girls and being one of the worst people on hearth, while here he's most of time not that bad. Even if he tries to flirt with his 17 years old waitress and trying to use his influence to make her be interested.

In this movie, they made something interesting about him. First of all he looks pretty young. Younger than AmityVille or Blade Trinity. But he really seem like he really is the young version on him in Blade but fortunately at the end he decides to stop being so much a dick and maybe change instead of making more and more jokes based on sex.