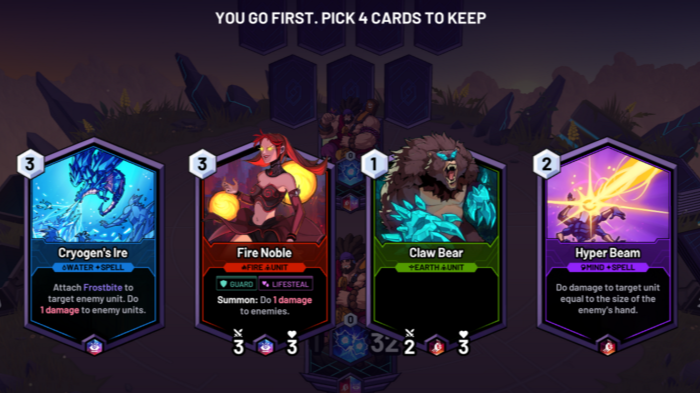 I have not written anything for about 2 months, because I have been quite busy with my day job, but a lot has happened since then and I will try to give a short update on my experience with a few P2E games here. I am planning to publish two more in-depth articles on Sorare and Gods Unchained as well as an article on my experience with crypto in general but this depends on how much free time I´ll have in the next week or so.

As I have mentioned before, I have started playing Gods Unchained in May and I still like the game a lot. If you enjoy Magic: The Gathering, I´m sure this is the right P2E game for you.

I won´t get into the details of the game here, because not a lot has changed since my last article and there are numerous other sources for you to read up on it. The main reason for me to include Gods Unchained here are the two recent airdrops of $GODS and $IMX.

Immutable X, a layer-2 scaling solution for NFTs on Ethereum, have announced their $IMX airdrop in July and retroactive rewards to players of Gods Unchained who had cards minted on Immutable X received their airdrop in November based on the number and quality of their cards. I have been fortunate enough to have won a number of very decent cards before the snapshot, which has gotten me an allocation of around 1,000 IMX without having invested anything apart from a lot of time spent on Gods Unchained.

On top of the IMX airdrop, Gods Unchained itself has also launched its $GODS token and there has been a separate airdrop recently. You can check here whether or not you are eligible and see the screenshot below for the eligibility criteria:

I was absolutely thrilled when I saw the amount of $IMX and $GODS that had been allocated to me through these airdrops, especially when I realized the combined value was higher than what I was making from my day job this month.

Because I had had a bad experience with P2E tokens before (I did not actually lose money but the tokens I had earned were worth a lot less than expected), I decided to swap all $IMX and 50% of my $GODS tokens for ETH immediately. The value of $IMX has gone up quite a bit since then but I am still very happy with that decision.

A lot of ups and downs: Sorare

As someone interested in football and crypto, of course, I am playing Sorare. I have made lots of mistakes while playing it (you can find descriptions here; not everything is still applicable, though)and may or may not have made a few more recently.

By the end of October, I had a very good run which had me win 0.02 ETH (roughly €70) almost every weekend, which was an amazing return on the ~€750 I had invested into my team.

I spent most of these earnings on new players and did a lot less research on each individual player than I should have done, which led to a few unnecessary purchases and I decided to come up with a proper strategy for the future. The questions was: Sell my best player, Shamar Nicholson from Charleroi, and cash out my initial investment or keep him and use the weekly earnings to build a second team with chances of winning? I decided to sell him for 0.235 ETH, a lot more than I initially spent, but was never quite happy with the decision; especially after not earning anything the weekend after. So in the end, I decided to buy him back for 0.23 ETH and I am glad to have him again (even though he is struggling to perform right now).

I´m sure the smarter decision would have been to cash out and only play Sorare with what I have earned through the platform but the $IMX and $GODS airdrops mentioned above certainly influenced my decision to keep the money in Sorare.

Another “game” I started playing very early in my crypto journey is AlienWorlds. To call this a game is a bit of an overstatement, it is better to understand it as a “gamified faucet” for their $TLM token.

While it was never exactly fun to play, at least I could earn a few € per week in TLM that maybe might have some benefit once AlienWorlds has become a real game eventually. Since they have launched their “Missions” functionality (basically, missions are a way to stake TLM for a fixed amount of time) and I tried to use it, I am just disappointed.

Joining a mission costs 200 TLM (~60€) and rewards depend on the number of players joining a mission. As I had almost exactly 200 TLM, I was looking forward to using this functionality to gain extra TLM and probably an NFT or two. At first, I received several error messages and was not able to join any mission but after trying a few times, I succeeded. Or so I thought….

In the end, AlienWorlds has taken the 200 TLM mission fee from me but did not assign me to a mission, meaning the TLM is lost. I have been in touch with their support team for a couple of weeks now but they are not the slightest bit helpful. As far as I remember, I have not received a single message about my specific case but only general information.

I can only recommend everyone reading this not to spend any money on AlienWorlds.

Fun game but not really P2E, yet: Skyweaver

If you enjoy Gods Unchained, I´m sure you´ll also like Skyweaver. Both are similar games but Skyweaver has a few more innovative game mechanics.

Currently, Skyweaver is in closed beta and I must say it is a lot of fun. I don´t spend as much time on it as I do on Gods Unchained but Skyweaver is catching up. You can find two screenshots from my most recent match below.

Currently, you can use USDC for in-game purchases but I hope they´ll take a similar route to Gods Unchained in the future. The only P2E mechanism in the game is winning “silver” and “gold” cards that are minted on the blockchain but I have not been able to win a card, yet.

Once they introduce their own currency and introduce something like Gods Unchained´s “Blessings of the Gods” , I am 100% sure this game will take off immediately.