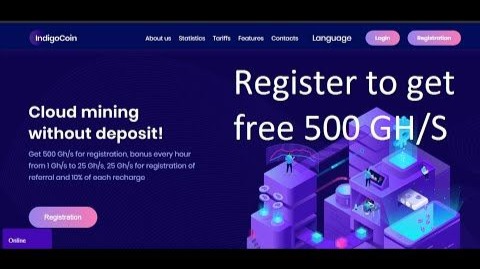 By Mattianazionale | My blog on cryptocurrencies | 14 Jun 2020

Indigo Coin is a site that allows you to mine 4 different cryptocurrencies: Bitcoin, Dogecoin, Litecoin and Monero. Indeed, for the service it offers, cloud mining, this site would have to be taken into consideration, in fact it allows you to start with a mining power of 500 gh / s with the possibility of increasing this power every hour. In fact, in the "bonuses" section, it is possible to request an increase in the random mining power between 1 gh / s to 25 gh / s. In addition, you can also increase this power by reinvesting the mined coins in your account.
Obviously, this site also has other sections such as the one called "refill" where you can buy mining power with other cryptocurrencies. This section is not recommended because in any case such sites over time, at least most of them, become scams.
Another method to increase your power is to invite other people to register on this platform, each invited person can earn 25 gh / s.

So far it seems like a nice initiative, especially because at the beginning the site was serious and paying, but now evidence of non-payment is spreading and many people testify that the site no longer pays.
One thing that already "smelled" to me was the fact that when I registered there was a timer and at the end of the timer the initial bonus of 500 gh / s should have ended, but by entering the site the next day from another device I noticed that the timer, which must have already reached 0, was never finished.
As already mentioned, sites like this often become scams, in fact at the beginning to advertise and to try to prove serious they really issue payments, however when people start spending money to increase the mining power these sites become scams.
My advice is this: if you are faced with sites that apparently pay a lot without having to give anything in return, do not trust. Obviously if it comes to free sites / apps where you can also choose not to pay and you don't waste much time of course try them, but afterwards don't be surprised if they don't pay.

I will sincerely continue to use this site to reach the withdrawal figure and personally check if the site is still serious and paying or if it has become a scam.
If you want to check yourself, I leave you the link with my refferal to be able to see for yourself.

In this article I have given my opinion and I absolutely do not want to damage the IndigoCoin.cloud site and / or other such sites.

I talk about crypto currencies

My blog on cryptocurrencies 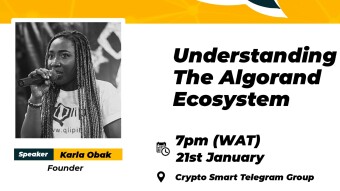