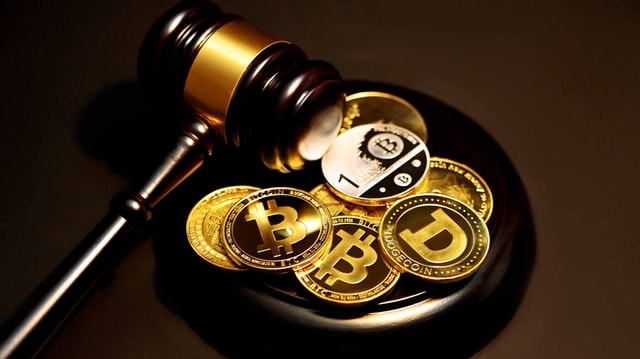 Final edit: The 3.75 billion period 1 committed Algo value is incorrect. I published a new post summarizing how I arrived at the erroneous amount, how I identified the issue, and how it was solved, here. I'm going to leave this post up for transparency.

Edit: Some reddit feedback rightly pointed out that the algorandstats.com governance period 1 page doesn't show an initial commitment Algo count of 3+ billion. I traced the discrepency to an Algorand wallet account that made several very large period 1 commitments -- the "mysterious whale" I discuss later in this post. I'm not sure if this account is a test account of some sort and should be ignored, so I'm going to reach out to the Algorand Foundation to get clarification. If you have an answer, please comment! I'll update this post when I get more information.

There are already fewer governors eligible for Algorand's second governance period than the first at an equivalent time -- and its only been a little more than week since registration closed. Those who remain by April should expect a handsome reward for their participation if the governor attrition rates are similar.

Here's why I think there's a good chance period 2's rewards will be higher, as well as other observations I stumbled across while examining Algorand's governance data.

Algo holders commit a number of Algos in order to have voting rights on measures brought forward by the Algorand Foundation. Check out an earlier post -- "Algonauts: don't forget to commit your Algos for Governance period 2!" -- for more details.

All governance data was queried from the Algorand Foundation's governance API on Jan. 15, 2022 with Python. 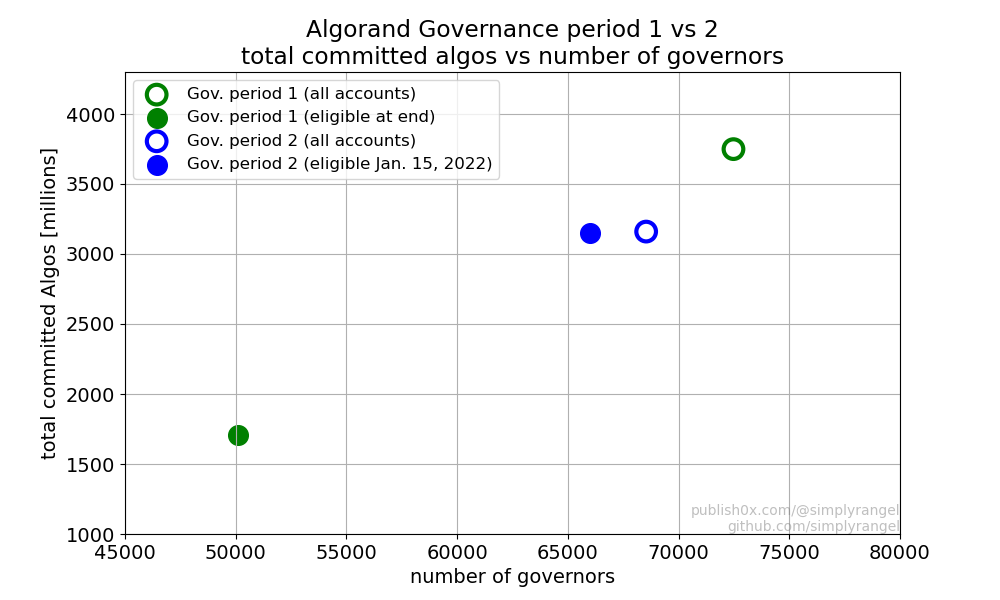 I'm not sure if we'll see period 1's changes repeated during period 2 however. Period 2 governors would have more time to understand the consequences of moving their committed Algos, especially if they participated in period 1. I would not be surprised if period 2's lower participation actually means more informed engagement.

We can divide each governor's committed Algo amount by the period's total committed Algo to get an idea of which accounts hold the most governance "power." The resultant scatterplot reveals a single account held over 35 percent of period 1's committed Algo with a near 1400 million Algo commitment before it lost eligibility later in the period. 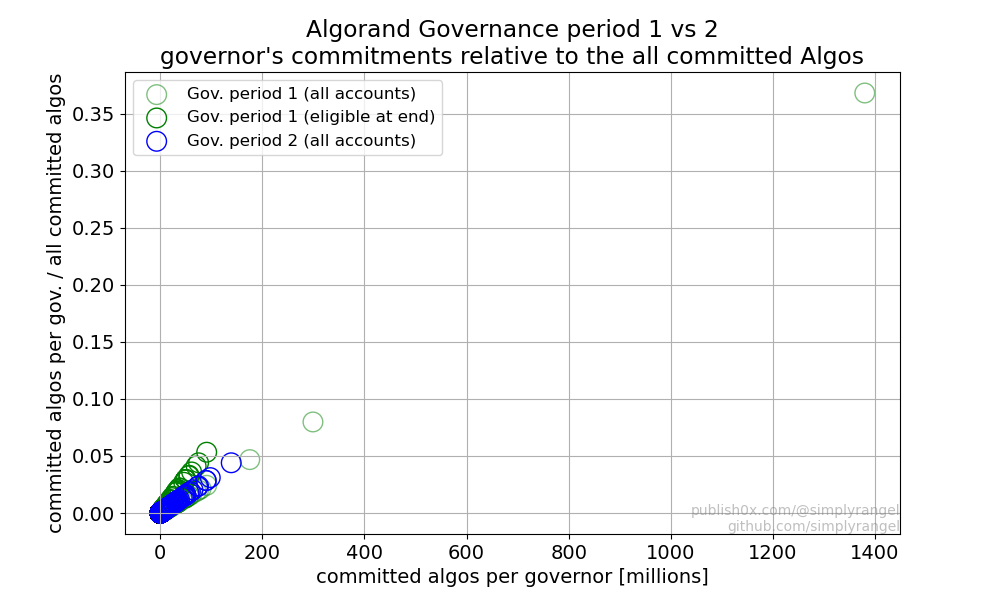 The 1400 million Algo commitment was by far the largest single commitment of period 1 or period 2, so much so that it pretty much ruins the plot by grossly extending the X and Y axes. I wonder who or what controlled the 1400 million Algo account. I'm sure a lot of the larger commitments represent exchange wallets, but it seems abnormal that one exchange would control more Algo than its peers by a factor of 10.

Solving period 1's fat whale mystery will have to wait however, and we can get a more informative graph by restricting the X and Y axis bounds to more reasonable values. 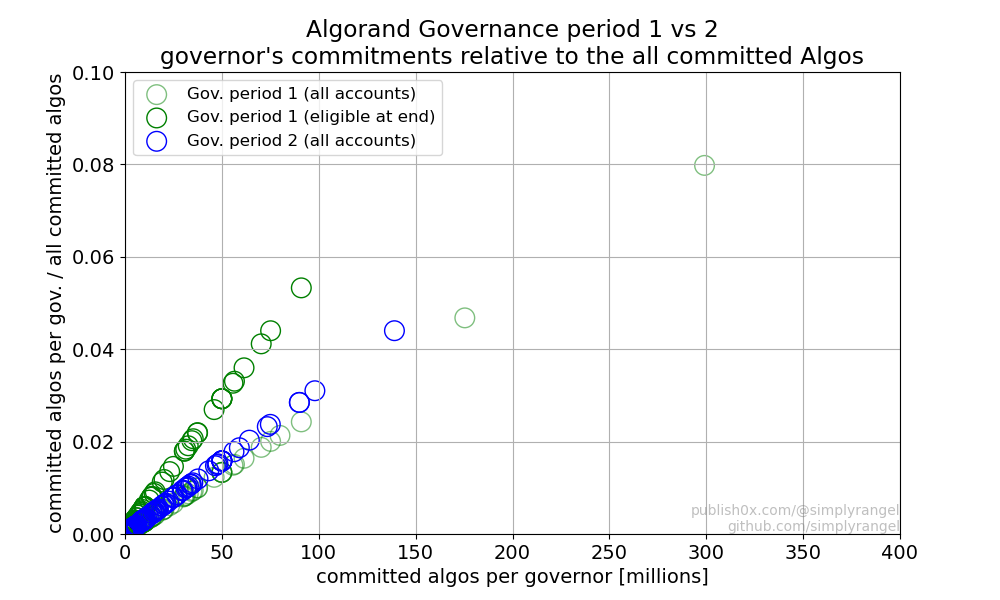 Two things stand out to me:

The Algorand blockchain has really caught my interest, especially the Algorand governance API. There's a few more governance analysis ideas I want to pursue but I'm always looking for more -- drop a comment if you're curious about more details on this post's contents, or other Algorand aspects.

EDIT: The original post contained plots that incorrectly converted microAlgos to Algos. The plots are now fixed. You can view the git pull request that implemented this fix here.

Thumbnail photo by Kanchanara on Unsplash.

This analysis was completed in Python. View the source code here: https://github.com/simplyrangel/crypto-publish0x, in the 2022-01-post-2 directory.