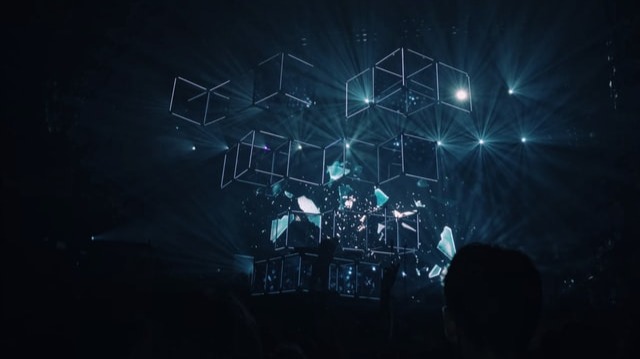 This post explains how I arrived at the erroneous committed Algo count, how the issue was identified, and how it was corrected.

In my first post I expressed skepticism over a large step decrease in period 1's committed Algos by several billion. I traced the large step decrease to one governor who appeared to initially commit 1.4 billion Algos -- over 35 percent of my calculation for period 1's total commitment at the time -- before becoming ineligible.

I was perplexed by this monster Algo commitment and did some digging. I extracted the governor's period 1 transaction from the period 1 governance database I previously queried via the Algorand Foundation's API, and used algoexplorer.io to interrogate the details. Sure enough, a transaction to commit 1.37 billion Algos to period 1's governance was made Oct. 14, 2021. 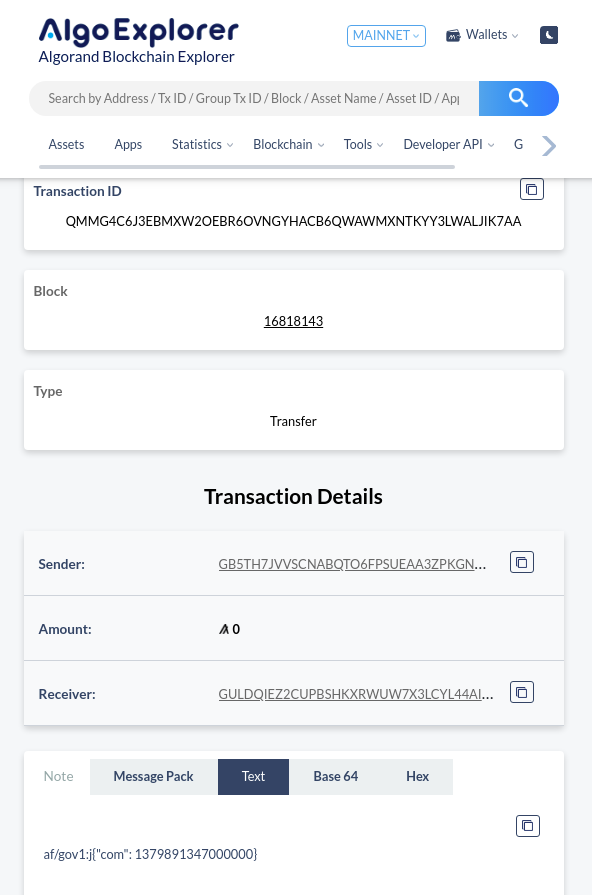 The "text" dialogue box in the transaction's Notes field shows a 1379891347000000 microAlgo commitment. Divide the microAlgo value by 1e6, and you get 1,379,891,347 Algos. I shrugged, referred to the governor behind it as a "mysterious whale", and continued with the remainder of the post.

After post publication I shared it to the r/Algorand subreddit, where the 3.75 billion committed Algo statement drew quick condescension. Luckily one or two redditors actually wanted to discuss the post instead of speculating about my sanity, and in the ensuing conversation one redditor suggested the "mysterious whale" mistakenly added several zeros to their Algo account's value when they hit "commit". 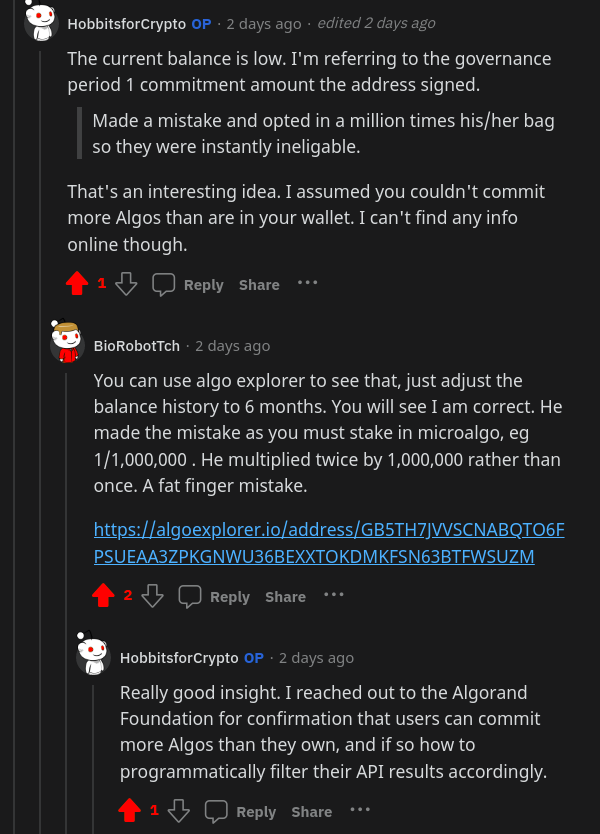 This made sense, but the idea that Algorand accounts can commit an arbitrary number of Algos to a governance period regardless of their actual ownership wasn't something I would take on the word of reddit.

The next morning I summarized the issue in a post on the Algorand Foundation's web forum. I speculated that there were four potential explanations to the mysterious whale:

A member of the Algorand Foundation responded that number four is the correct explanation -- users may commit arbitrarily large amounts of Algo to governance, however these commitments become automatically ineligible because the committed Algos are not backed by the address’ holdings. 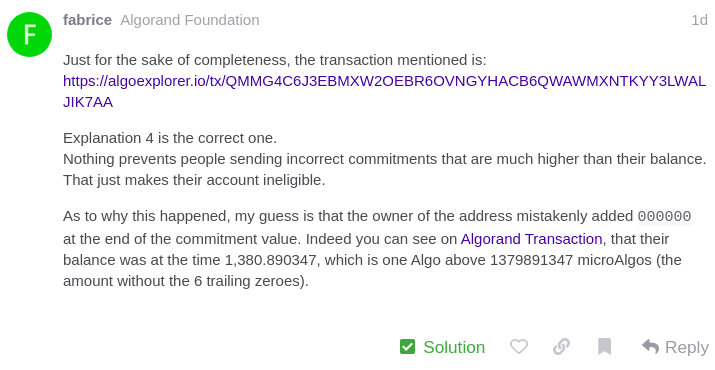 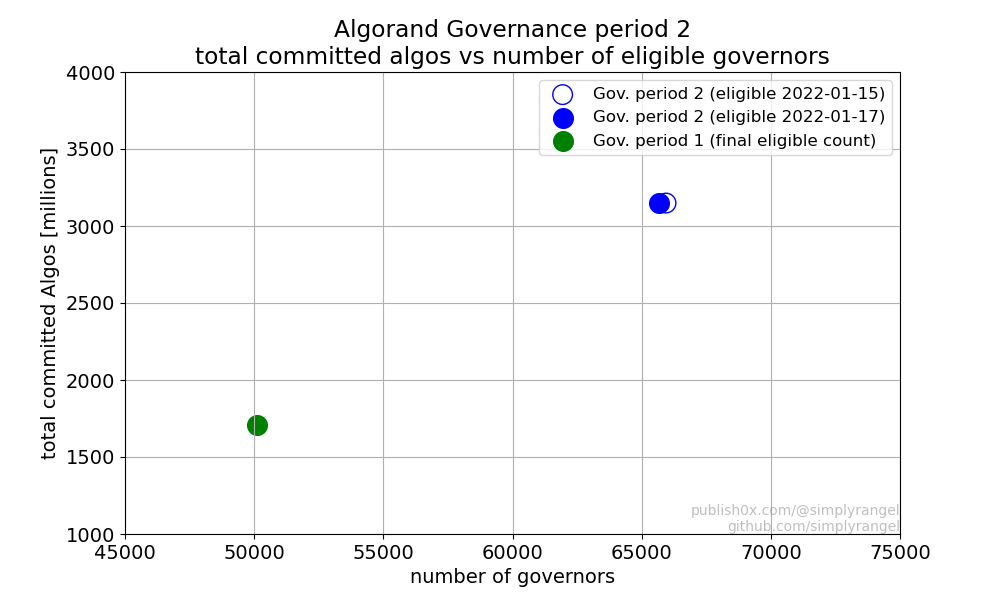 I definitely learned a lot about Algorand's governance, and how to disposition issues with the Foundation's API. My Algorand forum post prompted some suggestions on how to query historical governance data that I'll follow up on. In the meantime I'll set up a script that automatically queries the Foundation's API daily to snapshot eligible governors and committed Algos at that time. A good idea of historical eligible governance values are available in plot form on Algorandstats.com.

I made a commitment to transparency with my cryptocurrency blog, and I felt obligated to provide more than just a correction to folks. I hope it all makes sense.

Thumbnail photo by fabio on Unsplash.