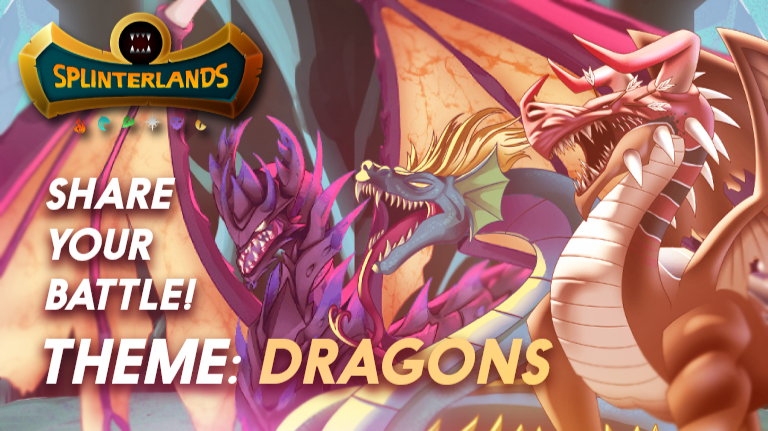 For this Share Your Battle Challenge we'll be focusing on Dragons, well one Dragon specifically where I use Kitty to defeat Yodin!

Normally I'd include more Dragons but it wasn't meant to be this time! Even so, I hope you enjoy this battle recap! Kitty is not only one of my favorite summoners but favorite cards overall and I think a lot of people share that opinion.

Kitty isn't really overpowered like Yodin or Llama can be but in the right situations Kitty is really strong and this battle is meant to highlight that capability!

This battle is from Day 2 of the Summun Infuria Modern Silver Invitational Tournament which has quite a bit of SPS on the line.

Before we get into the line up and the battle, here is the Kitty Poem from the Lore page!

"Be not distracted by cuteness and fluff,Byzantine Kitty is cuddly but tough,If you dare to think kitty is merely a pet,You haven't faced kitty in battle just yet." This doesn't necessarily take Magic out of play but makes it less effective. Armor and Repair effects become much stronger. Increase Melee attack and Speed when damaged. Values are multiplied by 1.5 and rounded up.

This ruleset definitely favors melee but all units will receive the speed boost. I love using Kitty in the Spreading Fury Ruleset as the +2 speed gets multiplied up even further after your monsters become Enraged from taking damage.

Not only that, but the True Strike Ability Kitty grants the team means we will never miss, no matter how fast the enemy team ends up being.

Tank heal is the Icing on the cake that makes Kitty perfect for this rule set! Chain Golem is one of my favorite front line tanks for Silver battles because it has a decent amount of health and armor while also having the Void and Shield abilities.

That means, it doesn't really matter what my opponent brings, Chain Golem's ability's reduce damage from Melee, Ranged, and Magic so it takes the guess work out of what my opponent is bringing.

On the offensive side, it has three damage which goes to five after the enrage and also won't miss thanks to Kitty so it'll be a pretty serious threat as well. At this level my Time Mage has 2 magic damage and of course the Slow effect that all Time Mages have.

In spreading Fury speed is so important but that doesn't mean just increasing my teams speed, we can also nerf the enemies speed to reduce their effectiveness.

At 7 Speed with Kitty, she'll become insanely fast after she takes damage and enrages! As a one speed magic monster she doesn't really fit the mold of what we're looking for in a Spreading Fury / Weak Magic ruleset.

However, Adelade has two great abilities in Repair and Resurrect that are incredibly useful here.

The repair will give Chain Golem some much needed sustain and Resurrected monsters come back with full armor which is great in Weak Magic. Is our fourth monster and while it isn't the most flashy card it's protect ability is very useful in Weak Magic.

This basically guarantees that all my monsters will be able to take at LEAST two hits before they can be defeated.

Synergizes very well with Adelade's Repair because now everyone on the team has armor that can be fixed up.

Synergizes very well with Adelade's Resurrect as no matter who dies, they'll be brought back to life with an extra two armor. The poison ability is always nice, unless they have Immunity or Cleanse but that's fairly rare so I'm not that worried about it. Lately I've been learning how important Speed is and since Supply Runner grants the team Swiftness (+1 Speed) I've been using him more and more.

It's no surprise I'd be attracted to this card in this ruleset given everything else I've already talked about with how important speed is for this one. Link To The Battle Here!🍒

I considered playing Yodin myself here but one reason I decided against it was Yodin likes a lot of snipers and opportunity attackers to try and hit the middle of your team and maximize blast damage but the downside of that is you can Enrage multiple enemies speeding them up and making them harder to hit down the road.

If I can get some key misses with my speed advantage we'll have a pretty good shot at winning this battle and since my opponent's team is almost all unarmored, low health, archers aside from Magnor they'll need to seal the deal quickly.

It wasn't the best round one for me but that's to be expected against Yodin who always comes out guns blazing.

Time Mage gets knocked out pretty quickly but Adelade Resurrects her and at 11 speed she dodges a snipe attack from Ferexia General who had an 80% chance to miss!

Unfortunately blasts can't miss so she does get taken out for good the second time.

The armor from Truth Speaker is really paying off as my whole team is taking damage from my opponent's aggressive attacks but they may have spread themselves too thin as for now we're able to withstand it.

Yodin continues the onslaught in round 2 because of course he does! However, Magnor goes down and we're starting to make headway ourselves defeating the Serpentine Spy.

Adelade gets off one last repair before she goes down and Chain Golem at 8 speed manages to dodge an attack by the enemy Supply Runner.

We're heavily wounded now but as my opponents archers head to the front line they'll start to lose a significant amount of damage with every enemy we defeat.

It ends up being extremely close and my eight Speed Chain Golem gets another miss on the three speed grenadier. With Kitty's Tank Heal they simply can't kill Chain Golem anymore and he ends up surviving the entire battle along with Doctor Blight and Supply Runner.

If my opponent had focused their attacks more they may have been able to finish off the Chain Golem but that's how it goes sometimes. Had I played Yodin and had a similar two health monster in the back like Grenadier the Sneak would have been a great play.

Kitty is a fantastic summoner in the Spreading Fury ruleset as we were able to take down a Yodin lineup in a high stakes tournament battle largely in part because of our extreme speed advantage.

Support from Adelade (Repair and Resurrect), Armor from Truthspeaker, and Speed changes from Time Mage and Supply Runner also played a big role in our success.

Doctor Blight didn't end up being particularly key but his poison added some much needed damage.

Thanks for reading and have a great day!

Beginner's Guide, How To Spend Your First $1,000 For Ranked Play

I Won The YGG SPL WEEKEND CHALLENGE Twice In a Row!