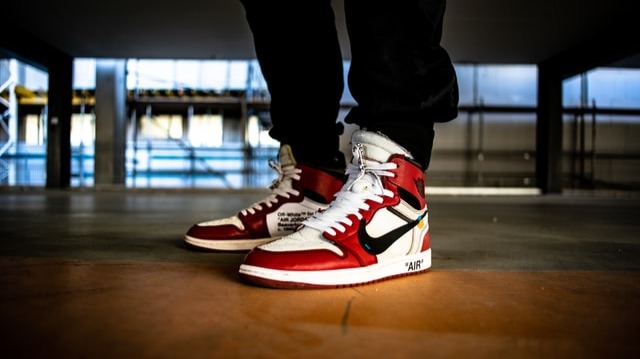 A unique pair of Nike Air Jordan 1 High basketball shoes was sold in a Christie's auction on Thursday, August 13, 2020. The shoes were worn in a game by Michael Jordan during a 1985 exhibition game in Italy. Most notably, he shattered the backboard during the game, and a glass shard remains imbedded in the sole of the shoe!

The record-setting winning bid was $615,000, "shattering" the previous benchmark of $560,000 that was set just a few months earlier in May (date in the tweet below is not correct), for a game-worn, autographed pair of Nike Air Jordan 1's from his rookie season in 1985.

Prices of Jordan sports memorabilia have spiked upwards just like Ethereum prices since ESPN aired the 10-part documentary The Last Dance in April and May, which have helped provide a new generation an in-depth look at arguably the greatest basketball player in history. Please leave a comment, and say hi to Heruvim78 and to Etson0x for me if you visit one of their posts!