Cub Finance - the rise and the fall!

Cub Finance went live on the 9th of March as a fresh DeFi yield farming platform of the future, with smart contracts and base layer application adapted on BSC to create an unique UI. I welcomed this new player online, and staked 400 $CAKE and $224 BUSD in the first hours. I paid 4% for the deposits, about $200.

I power farmed $CUB all night and in the early hours of the morning I had 200 CUB tokens staked in the Den. I watched $CUB surging to $12 per token and sold 50 CUB tokens when the price went under $7 for 333.48 BUSD.  This covered the 4% fees I paid and added some profit. I added the BUSD back into the Den to farm more $CUB and kept them in there until all pools went inactive. Until the end of March I farmed 400 CUB tokens, which I left in the Den to multiply. The CAKE and BUSD Dens were closed and with lots selling their airdrops and early farmed CUB, the price went down. The downfall continued in April and May, reaching a value under $1.

As a CUB holder, I was happy when the Kingdoms were announced, and even happier when they went live. The Cub Finance Kingdoms are auto compounding vaults where liquidity can be added to earn an underlying asset. The LP position will be automatically compounded via smart contract and the LP reward will be sold and the profit will be auto reinvested in the base assets. Pancake Swap V2 Exchange was used for V2 Kingdom LP tokens until the V2 exchange for Cub Finance was added.

On the 28th of May, when they went live, I was there waiting. I wanted to be ready for staking at high APY and power farm for at least few hours. I was hoping that this new feature will refresh the $CUB token and push it up from $0.70 to a higher value. The CertiK audit will give the Kingdoms a security and stability label which will attract "investors".

The initial fees were set as 0.9% for management, 1% for staking and no withdrawal fees. However, everything turned up differently as some glitches and errors happened in the staking process.

As I prefer a single token staking instead of pairings, I decided to move all the $CAKE I had to the CAKE Kingdom. I withdrew 99.9 CAKE from the Chromia (CHR) pool and the 347.7 CAKE I had in the auto-compounding pool on Pancake Swap. 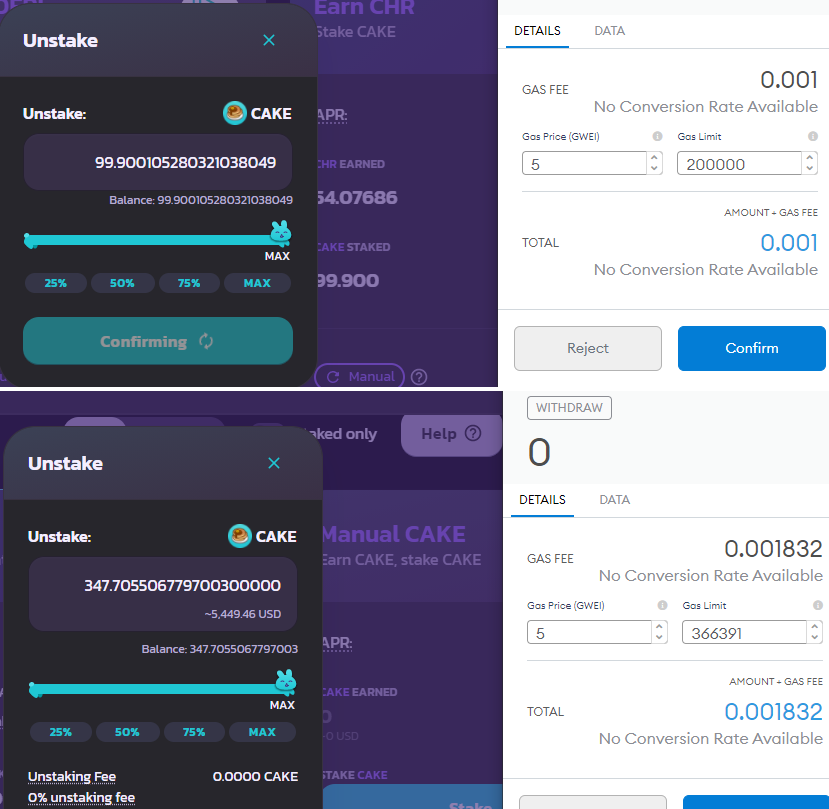 I headed to Cub Finance and started the staking process. The minimal fee on Binance Smart Chain never stops to amaze me! Paid $0.11 to allow Cub DeFi to spend my CAKE. 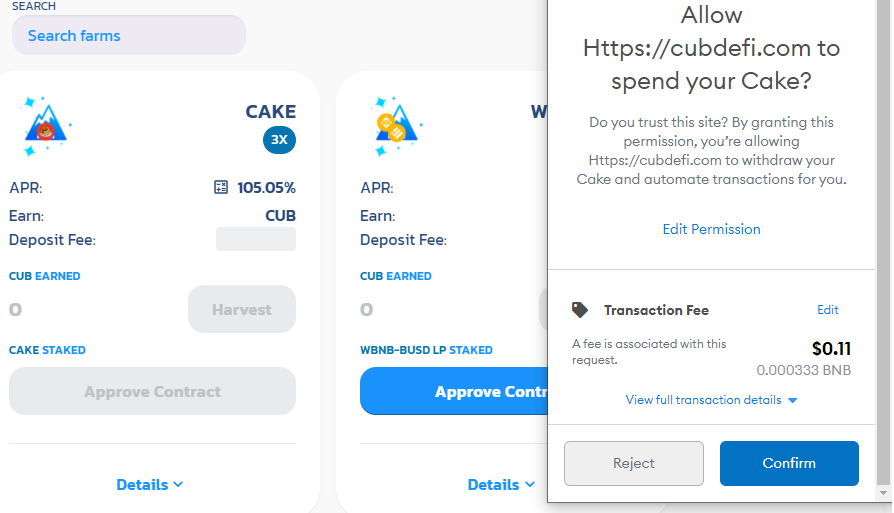 The first curious thing was that my staking amount was 445.7 CAKE not instead of 447.7. Even if the 1% was deducted, the amount of CAKE deducted for the fee should have been 4.47 CAKE. 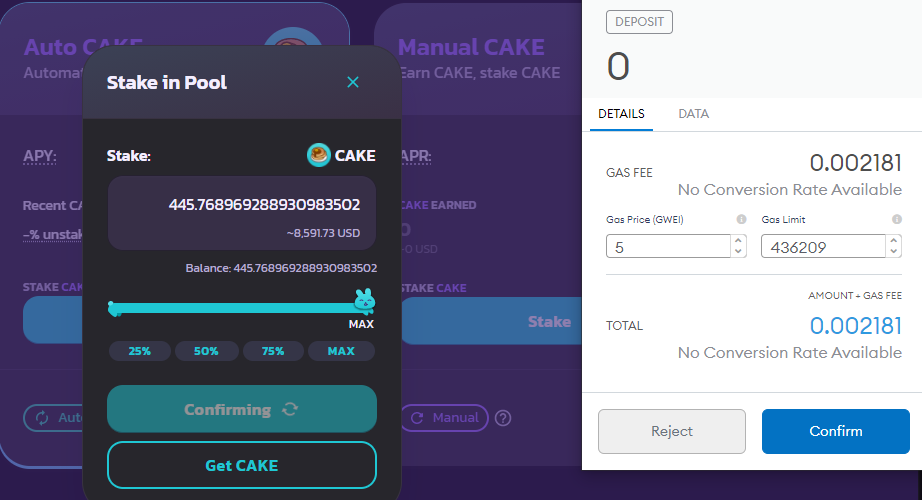 The issues and errors continued after staking as the amount of CAKE staked was 416 tokens. Somehow 30 CAKE went missing, which at that time was 600 USD. I panicked a bit but relaxed when my brother told me that they are aware of the issue and the tokens are not lost. However, you cannot just trust someone who is reassuring you that everything is fine ... until everything is fine! 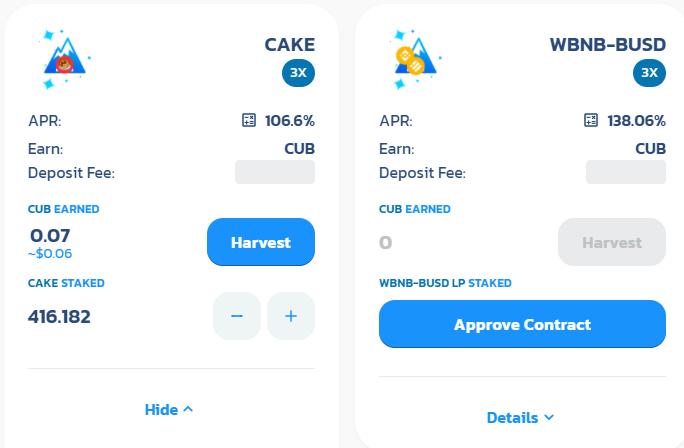 After few days, the balance showed the correct amount and the amount of CUB farmed was really good. The FARM APR was 86% with 138% $CAKE farming APY and 110% $CUB APR. The total APY for the $CAKE Kingdom was 248.99%

After one week I checked the earnings. I had 30 $CUB farmed in the Cub Den and 107 tokens farmed in the Cake Kingdom. I withdrew them and staked them in the Den, where the APR is still good, at 75%

The Cub Den has a 15x multiplier and with 75% APR is generating profit at an excellent rate. Started June with 604 $CUB tokens and not planning to unstake any time soon. I can see the potential and I will HODL until CUB will reach a value between 20-25 USD.