Bedtime story: the Aelf Prince, the Supreme Wizard and the Thieves Guild

Bedtime story: the Aelf Prince, the Supreme Wizard and the Thieves Guild

I will tell you a folklore legend, a story that my grandfather told me in the early 2030. Stay awhile and listen ... the story of the Aelf Prince, the Supreme Wizard and the Thieves Guild.

Once upon a time, before Count Dracula used the Bran Castle as his stronghold, many thousands of year before, when fae was ruling this world, this castle was the seat of the Aelf Prince. He was aided in wisdom and diplomacy by the Supreme Wizard, who was using his magic to defend the castle from any invaders and the Aelf Prince from assassins, poisons and any natural and un-natural danger. The Aelf Kingdom and the Cross-Chain Transfer Protocol spell!

The Aelf Kingdom was rich, and the treasury was hidden up in the sky, between clouds, protected by many fantastic beasts, traps, wards and spells. The reason behind such a rich kingdom, was the block-chain that allowed interaction with other block-chains from other kingdoms, making trades safe and simple. No market was ever raided, no village was looted and no merchant was ever ambushed.  The Aelf Prince was a good ruler and he solved the three major issues  which limited the block-chain synergy. He has forbidden by law limited performance and asked the Supreme Wizard to bless the block-chain with high efficiency and scalability to handle transactions/applications. The Supreme Wizard also summoned the mountain dwarfs to give high flexibility to customize smart deeds for crafters such as blacksmiths, tailors and all sorts of artisans.

As the castle treasury was growing bigger and bigger, the Supreme Wizard thought that a stronger spell is required. He conjured all his power, and used an immense amount of mana to cast the Cross-Chain Transfer Protocol spell. The spell acted as a ward against outside attacks but made possible quicker cross-chain asset transfers between block-chain systems and cross-chain asset exchange between block-chain systems. The Thieves Guild and the Trial of Valor!

Years has gone, and no one ever succeeded to break in the vaults, in fact, no one ever succeeded to steal a single coin. The Aelf Kingdom was crime free and no one ever tried to defy the Prince or the Wizard. By now the Prince daughter was old enough for marriage so Aelf tinkered an amazing plan, which will provide some entertainment and will test the castle defense. The sent ravens in all the kingdoms, and informed all kings, knights, warlocks and thieves, that whoever will succeed to break into the treasury will receive 88888 ELF golden coins and the hand of his daughter, and will automatically became the hair of the crown. Hearing the news, the Thieves Guild summoned their leaders, and chosen the best lock-pickers, shadow-walkers and spies for this task. They tried and tried but they failed to infiltrate the castle and to breach the treasury, leaving the bounty unclaimed.

As no one could break the Cross-Chain Transfer Protocol spell, the Aelf prince raised the prize to 1,000,000 ELF golden coins, and sent word even to the infamous Assassin's League and the Ravenholdt Manor thieves, hoping that someone will pass the gates and the defense matrix, and will provide an challenging duel, as the Prince in person was guarding the Treasury gate, waiting for any enemy lurking in the shadows.

Thousand of years later, and still no one was able to provide a single ELF golden coin from the Treasury as a proof that the spell was broken, and the Cross-Chain Transfer Protocol spell made many other kingdoms flourish because the spell didn't isolated the treasures from their owners, it made it easier for them to move or swap bounties, and to use them for development and reconstruction. I listen the story hundred times, and grandfather always insisted at the end of the story, that the Aelf Treasury is still unbroken, covered by rubble, thrones and the sands of time, waiting for adventurers. I don't know if the legend is true or not, but he had such a passion in his voice, and I swear I could see a sparkle of magic in his eyes, every time he was flicking that strange and rusty golden coin.

Aelf Project - Changing the world one step at the time!

Are you using BraveBrowser and Preasearch to earn BAT and PRE while surfing online?

Join  Lbry.tv or follow me @ MindPuzzles to earn crypto by watching videos 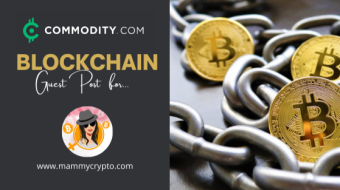 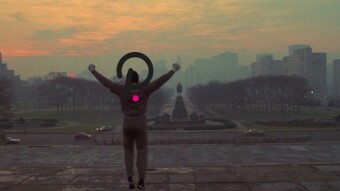 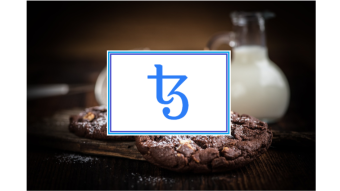