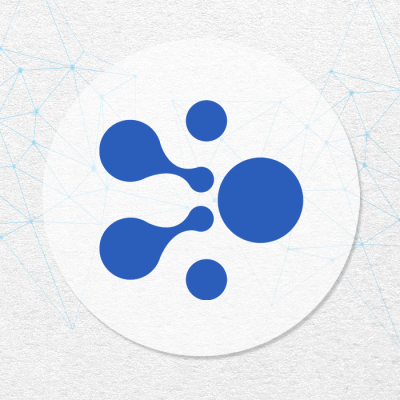 The team says that there are three elements to the platform that make it an ideal choice for cloud computing: high performance, resource segregation, and optimized governance structure. As described by the team, the first is achieved through the consensus mechanism, the second through the use of side chains and cross-chain communication, and the third through the token structure that allows users to vote on how the platform evolves. The platform is marketed as a highly customizable OS that the team wants to be the “Linux system” for blockchain.

The key areas of development are facilitating a highly customizable OS, cross-chain communication, performance improvements and private chain modules. Another important area in the team’s vision for the platform is in the ecosystem. The team will focus strongly on ecosystem development in three major areas: technology, business and capital. Targeted industries include financial services, digital identity management, the Internet of Things and smart cities.

In 2019, Aelf has worked to expand its ecosystem. It is now supported by both Microsoft’s Azure cloud platform and Amazon’s AWS. Partnerships include Japanese gift card provider Amaten. 2020 will see the project move into phase 5, which will test and enhance features that have been developed in the field.

The aelf Sidechain Economics: How Does It Work?

Blockchain technology is progressing rapidly as the underlying technology of cryptocurrencies. But that is not the only area that blockchain managed to reform, as its infiltration into other sectors is undeniable. More platforms are coming up trying...

ELF sees a spectacular surge of 60% in price following the announcement about aelf’s imminent release of its mainnet token swap. At the moment, ELF is changing hands for $0.85 and has a market cap of over $450M. The much-anticipated aelf mainnet toke...

Hi dear friends, hope you are well and welcome to the new update on aelf (ELF) token. After the extreme sell of, on daily time frame chart, the price action of ELF has extended the final leg and formed bullish Shark . https://www.tradingview.com/cha...

All ELF rewards for the aelf Mainnet Full FunctionTryout will be replaced with mainnet ELF Token with a new Referral Prize Pool!

The aelf Mainnet Full Function Tryout is in full swing, offering prizes worth up to $200,000 USD. Up to now, the TVL has exceeded 17.3 million ELF, we’d like to say thank you to our community members for your active participation. In response to th...

Before token swap, aelf will carry out the mainnet’s full function tryout for the community. Join the event and you’ll have a chance to win prizes worth $200,000 USD, including ELF (Mainnet Token), a Tesla car, iPhone 12, PS5 and a lot more! Users...

On February 17, 2020, the aelf Economic & Governance model was announced on Twitter with a link to the Economic and Governance Whitepaper. This whitepaper provides insight into the financial structure of running a node on the aelf blockchain. It...

On 25 December, aelf’s first side-chain was deployed on the mainnet. So far, aelf has launched the main chain and side-chain step by step. The multi-chain structure of the mainnet is now up and running. As of 16:00, 31 December, the data for the...

Review of aelf’s Achievements in China in 2020

The year 2020 is coming to an end. In this ‘Magical’ year, although the coronavirus swept across the world, it did not affect the development of the blockchain industry. Public chains and their ecosystems have made great breakthroughs. Moreove...

The launch of the aelf mainnet on December 10 means that aelf has entered phase 1: Mainnet Security Monitoring. During phase 1, we will actively access the mainnet with the exchange to prepare for token swap. But before that, we launched the aelf w...