This is painful to talk about but hey ... welcome to the crypto life! Some will say no pain - no gain, but this kind of events have nothing with do with the level of risk in an investment. Beanstalk was hacked and the ETH-based stablecoin protocol lost $182 million to exploit!

According to PeckShield, the hacker stole $80 million, funneled through the crypto mixer Tornado Cash. The flash loan attack also faked a protocol improvement proposal to gift funds held in the Beanstalk treasury to an Ukraine Aid charity 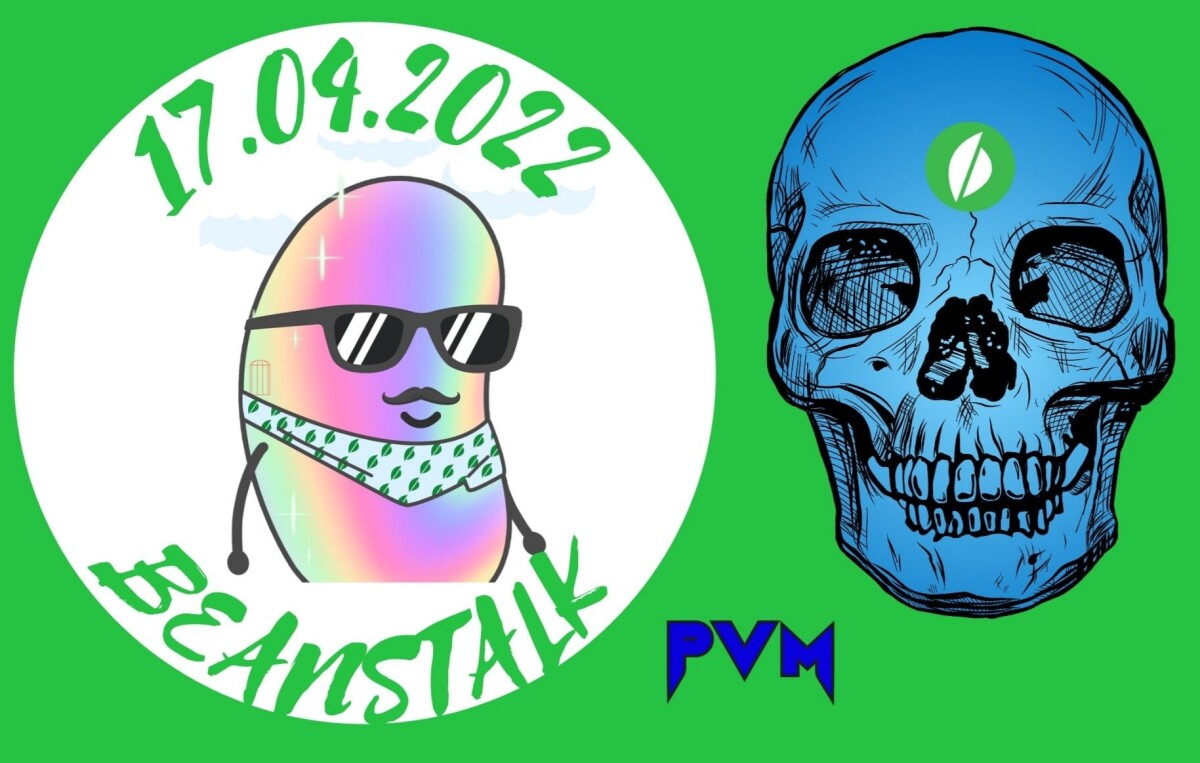 I was affected by the Harvest Finance hack and the Pickle Finance exploit but this time the bag value went from 32,000 USD to zero! I discovered Bean Money in November 2021, and I was impressed by this new decentralized credit based stablecoin protocol built on Ethereum. The first Beanstalk product is $BEAN, an ERC-20 USD stablecoin with a variety of passive and active opportunities to earn interest. The unique feature of Beanstalk Protocol is the use of credit instead of collateral requirements, which creates price stability. My review is still up and you can read it at - Dreaming at Bean Money while Climbing on the Beanstalk Protocol Time goes quicker in the Cryptoverse had a fun approach when the project celebrated 100 days! Many started their climb up the beanstalk, in the search of a golden goose, and this created an organic community. Me, you and you as well ... we are Jacktoshi! We are those who went up the beanstalk and reached the DeFi clouds. Have a laugh while reading Climbing up the Beanstalk - 100 days for Jacktoshi and the Golden Beans The true story and my Beanstalk adventure started in March, when a poker tournament was organized. I will write the tension and success I experienced that night in a different article, because now the focus is on the hack and on the huge amount of money that was stolen. Beanstalk Farms Poker Tournament - Fill your bag with $BEANS and $PODS 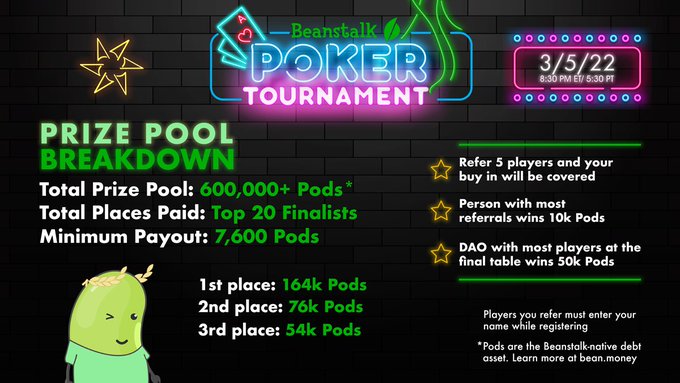 The important aspect is that the prize pool had over 600,000 $PODS, which in time would have become $600,000 worth of $BEANS. The top 20 players received prizes, with a minimum of 7,641 $PODS for the player that will finish 20th in the tournament. 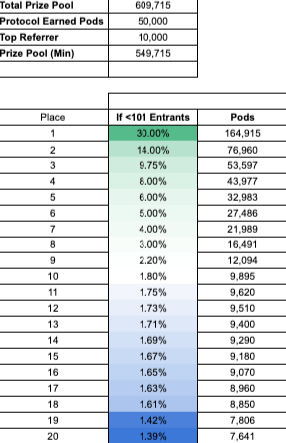 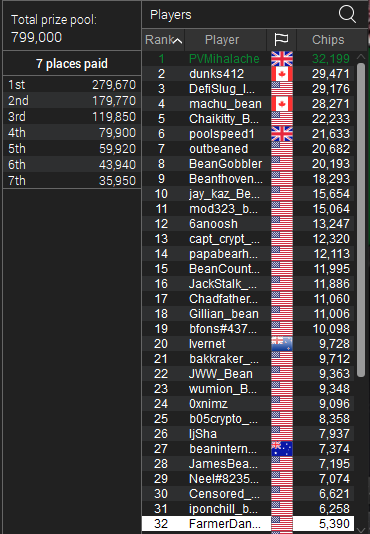 All I had to do was to wait in line for my pods to become BEANS! I had 627.2 million pods ahead to transform but I was ready to wait. Didn't want to swap PODS for 20-30% of the BEANS value so the long wait was the only option! Until the sh*t happened! 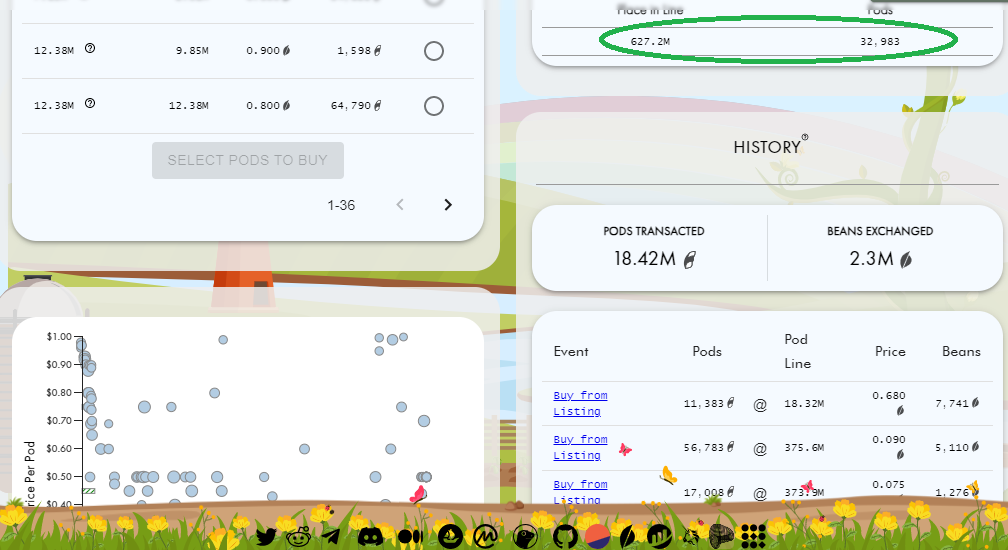 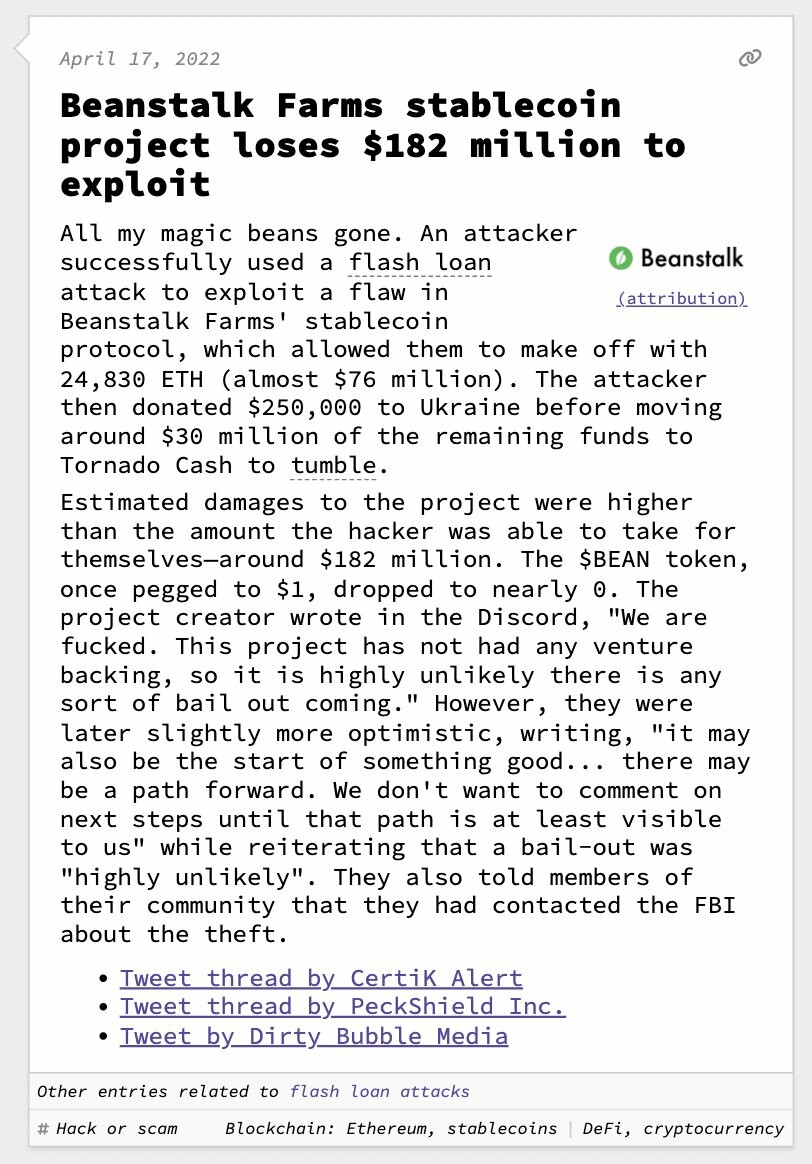 It looks like the flaw was there, and someone just took advantage of it! The auditor missed the code flaw as well, and the team emergency preparation was equal to none! 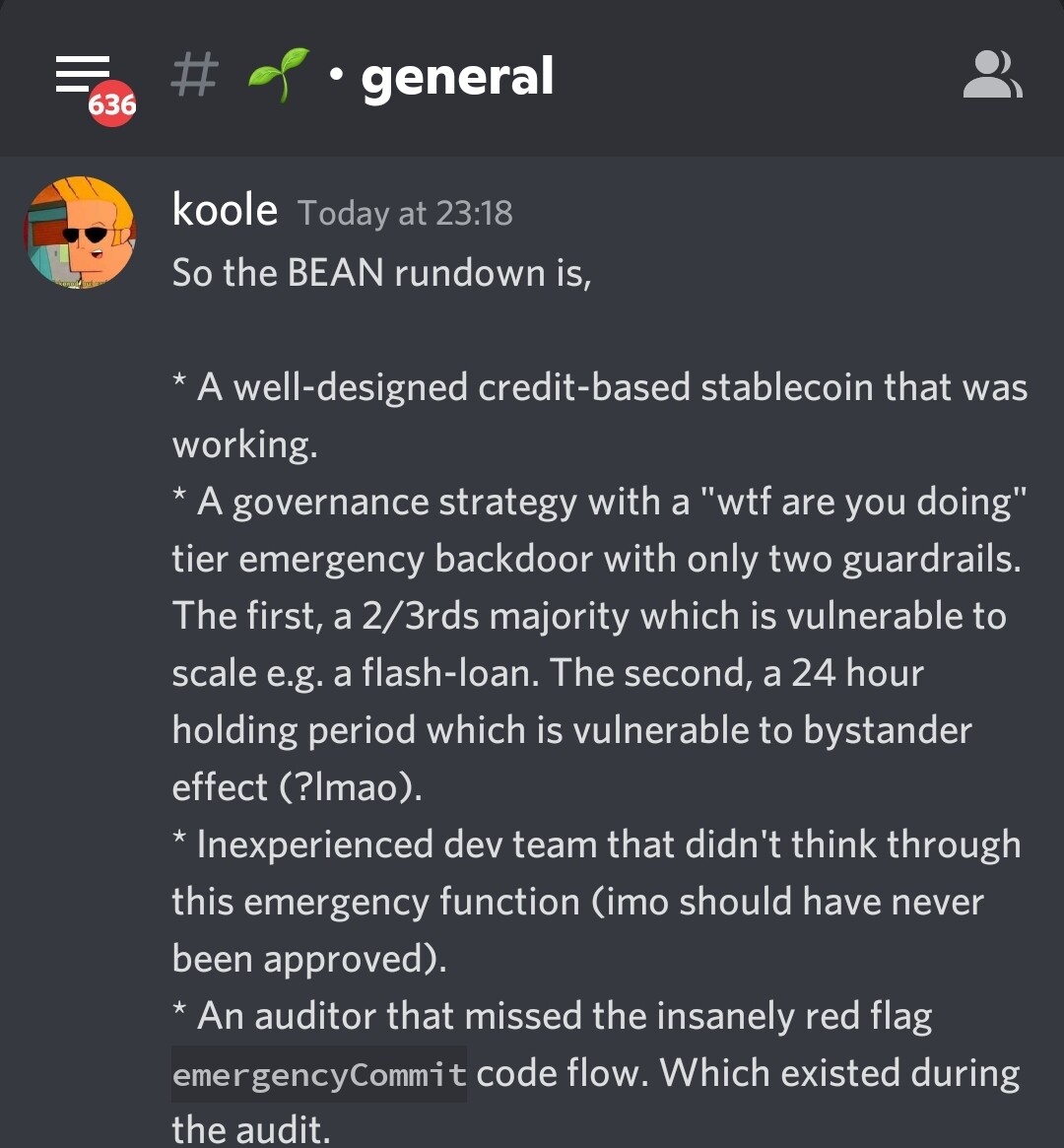 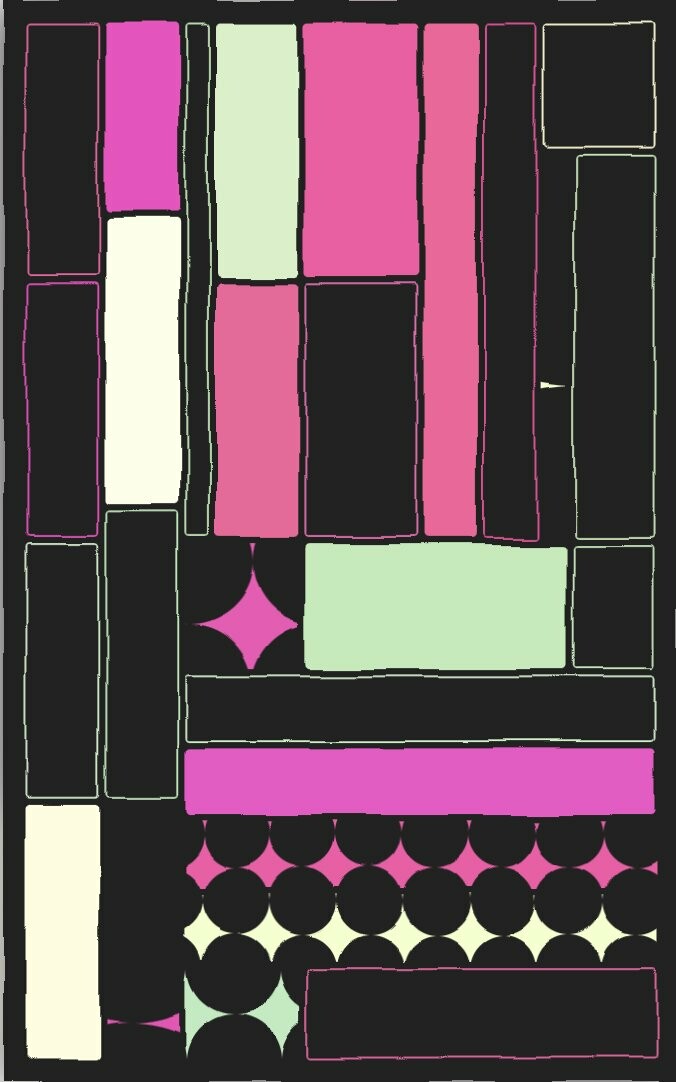 The team apologized for the lost money and the suffering, but highlighted that the protocol had no backing ... making the recovery of funds highly unlikely. 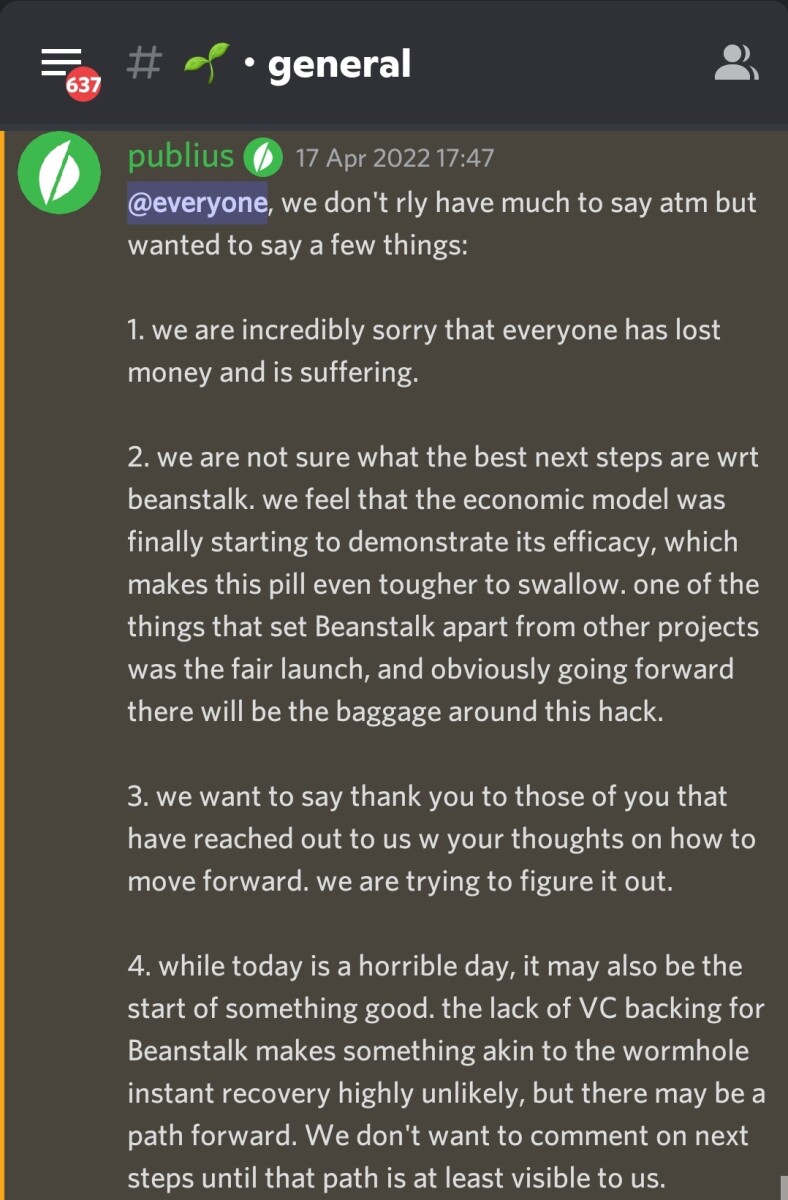 The three leaders and creators (Benjamin Weintraub, Brendan Sanderson and Michael Montoya) disclosed their identities because of the events. They wanted to prove that they had nothing to do with the attack on Beanstalk, no involvement and no prior knowledge. They said they lost their assets, like all other investors. The FBI was contacted and the team will fully cooperate with them to track down the perpetrators, and hopefully recover everything that was stolen. The $76 million in non-Beanstalk assets stolen from the liquidity pools where giving value to $BEANS, therefore the token has no value after the hack. Jack the Hacker cut the Beanstalk! The golden goose is dead!

Beanstalk was designed and implemented as an open-source, decentralized system that could be improved over time via on-chain governance. The same governance procedure that facilitated the adoption and implementation of over a dozen BIPs since launch, which have dramatically improved Beanstalk, was ultimately used to attack it. 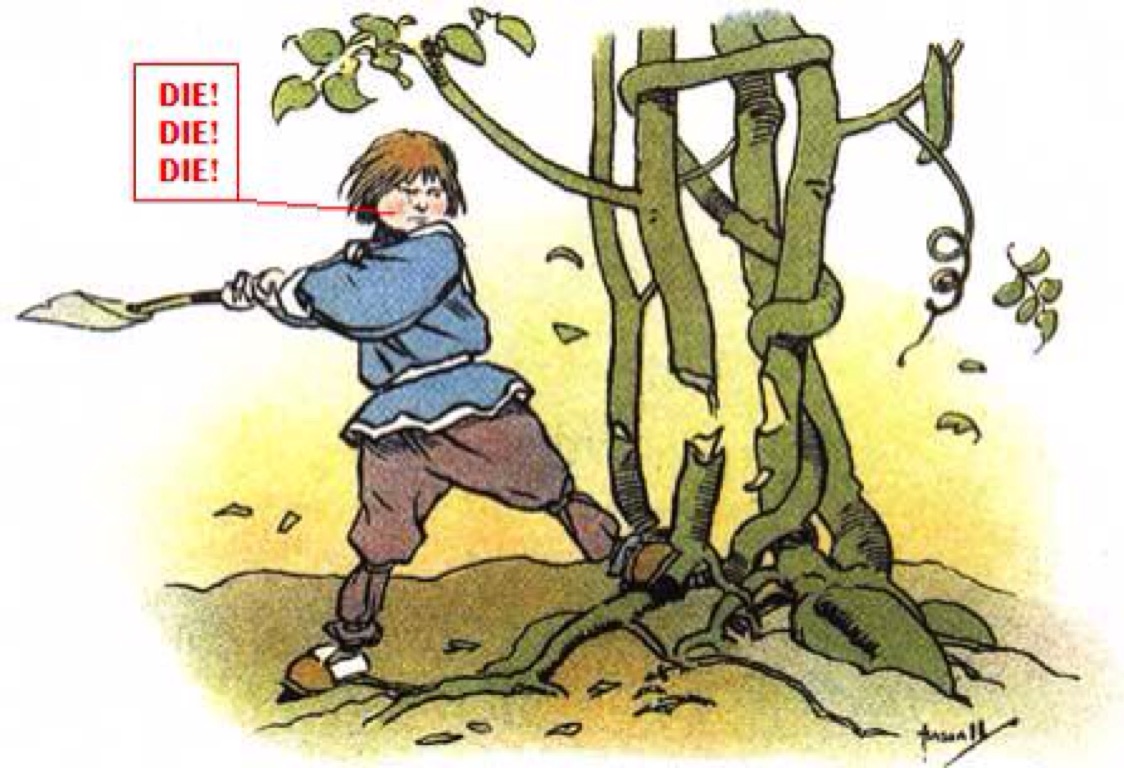 I will not lose my faith in Beanstalk! The vibrant community and the team can recover after this unfortunate event!  The Beanstalk are so unique and innovative that the Cryptoverse needs it! Let's show our support and make Beanstalk great again! 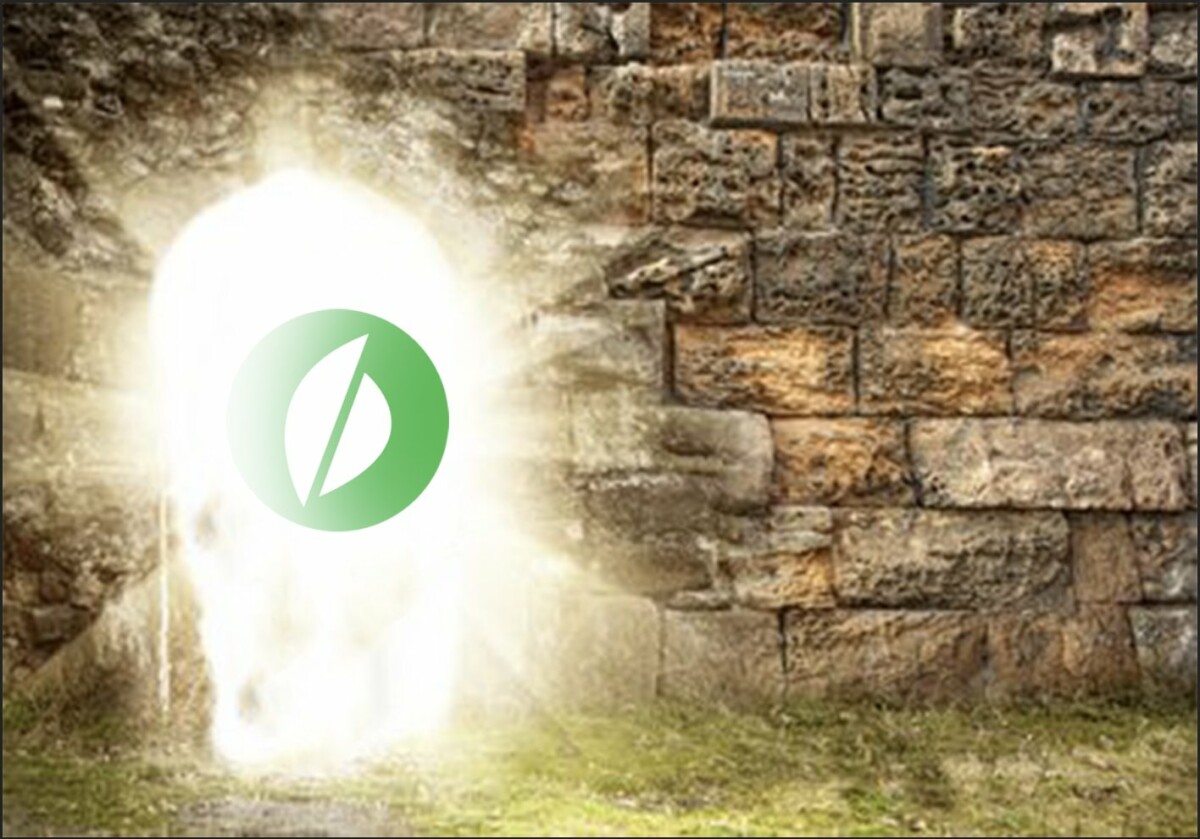