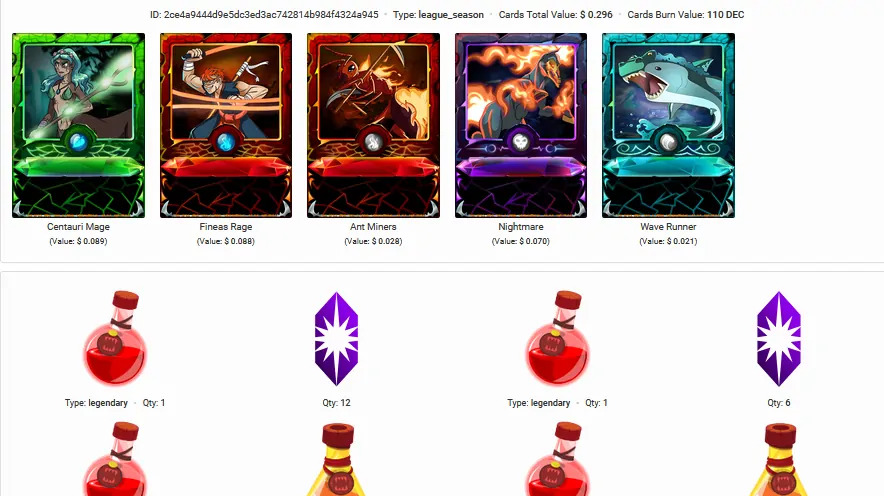 Another season ends and this time I hit a ceiling a Gold III. With that I only earned 22 reward chests. I did not get anything that stood out but did okay overall considering only 22 chests. My best was rare cards.

Kind of disappointed in return of DEC for now my total balance is just around 7.5k DEC. This collection was in the span of about 8 weeks.

For the season I stood around silver league the longest trying to get myself into the top 100, but was unable to. I do not think it is lack of cards rather lack of skills. I look forward to the new season to improve.

On the note of my card collection I have now reached over 100k DEC in burn rate and am close to 1,000 bcx. Although the latter will shrink since I have not merge reward cards for quite some time and plan to do so. The goal is to strength my selection in cards with which ever splinter I can. For this last season I was able to obtain a win streak of up to 21 wins which is a record best on this account. I look forward to breaking this record down the road.

Next month will mark my one year anniversary starting splinterlands on this account. I have added a decent amount in rewards but look to do better in year 2. The land expansion will be interesting to see it play out as I expect it to make the game more competitive.