Gateway Arch and the Old Courthouse

These pictures were all taken by me last summer when we attended a festival featuring BBQ masters from all over the United States. While there was tons of great food featured we did quite a bit of walking around and enjoying the historic scenery of this interesting city.

Downtown St.Louis is rich in history and contains many scenic panoramas all within walking distance. The Old Courthouse shown above framed by the Gateway Arch is a restored federal courthouse where the famous Dred-Scott case was fought for the right to be freed from slavery. It’s also where Virginia Minor fought for women’s right to vote. St. Louis is bounded on its eastern border by the mighty Mississippi River. Running all the way to the Gulf of Mexico, the Mississippi is the 2nd largest river in the North American continent. It rolls by Hannibal, MO - the hometown of Mark Twain - and was featured in his famous stories about Huck Finn. In 1993 the Great Flood occurred at this very area and was one of the most costly and deadly floods that were ever recorded in the United States and resulted in $15 billion in damages. The Gateway Arch is the world’s tallest arch standing 630 feet tall. It’s also the tallest man-made monument in the Western Hemisphere and is encased in stainless steel. It was built in the mid-1960s it cost $13 million. The Museum of Westward Expansion is located at the base of the Arch and you can take a tram ride to the top of the Arch and stand at any of the 16 observation windows from the enclosed deck. It boasts a view covering 30 miles of visibility. St. Louis is home to the Cardinals Major League Baseball theme and Busch Stadium is located in this area. For a city that loves its sports, the current lack of any activity in the stadium is greatly missed. Not to mention to hundreds of workers that are out of their jobs at this time. This current stadium was opened in 2006 and the project, including Ballpark Village, cost the developers $665 million. Home of the Blues Hockey Team

Continuing with the sports theme, also based here is the St. Louis Blues professional hockey team. The Blues play here at the Enterprise Center, also located in downtown St. Louis. They have made the playoff finals four times and won the Stanley Cup in this recent 2019 season. You can see that fact proudly displayed on the outside of the Enterprise Center. Citygarden is a sculpture garden that takes up almost 3 acres in downtown St. Louis. There are several secluded paths throughout the garden where you can discover 24 sculptures, green lawns, fountains, and children’s play areas. The park is open on all sides and you can enter and enjoy it from any direction. This sculpture is a bronze representation of the dismembered head of the Greek god of love, Eros. The artist, Igor Mitoraj, says the bandages that wrap the face are to show that his desires have been imprisoned. I’m glad that he gave us this description because I was having a hard time interpreting the meaning of this statue! The Civil Courts Building was part of a public works project that was completed in the 1920s. It is still currently in use by the 22nd Judicial Court of Missouri. This cupola atop the building is lit up at night and makes quite an impressive sight. After you’ve spent the day walking the beautiful downtown area, you have to come back at night to see the lighted fountains and take part in at least one St. Louis festival. This one is showing the recent Q in the Lou BBQ fest that was recently held. City blocks and Keiner Park were dedicated to showcasing the Midwest’s best Barbeque Masters.

There’s always something to do and see in “The Lou”, which makes it one of my recommended destinations for a getaway. When things get back to "Normal" this will be a great destination once again. 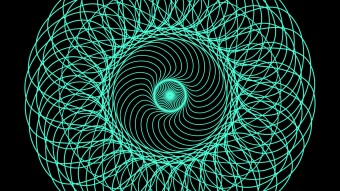