Linux Steam Marketshare Maintains Consistency: Could 2022 Actually be the "Year of the Linux Desktop"?
MyCryptoOutlook2022 BitYard Contest and Giveaway - $1,200 in ETH Prizes! >> JOIN FROM HERE << 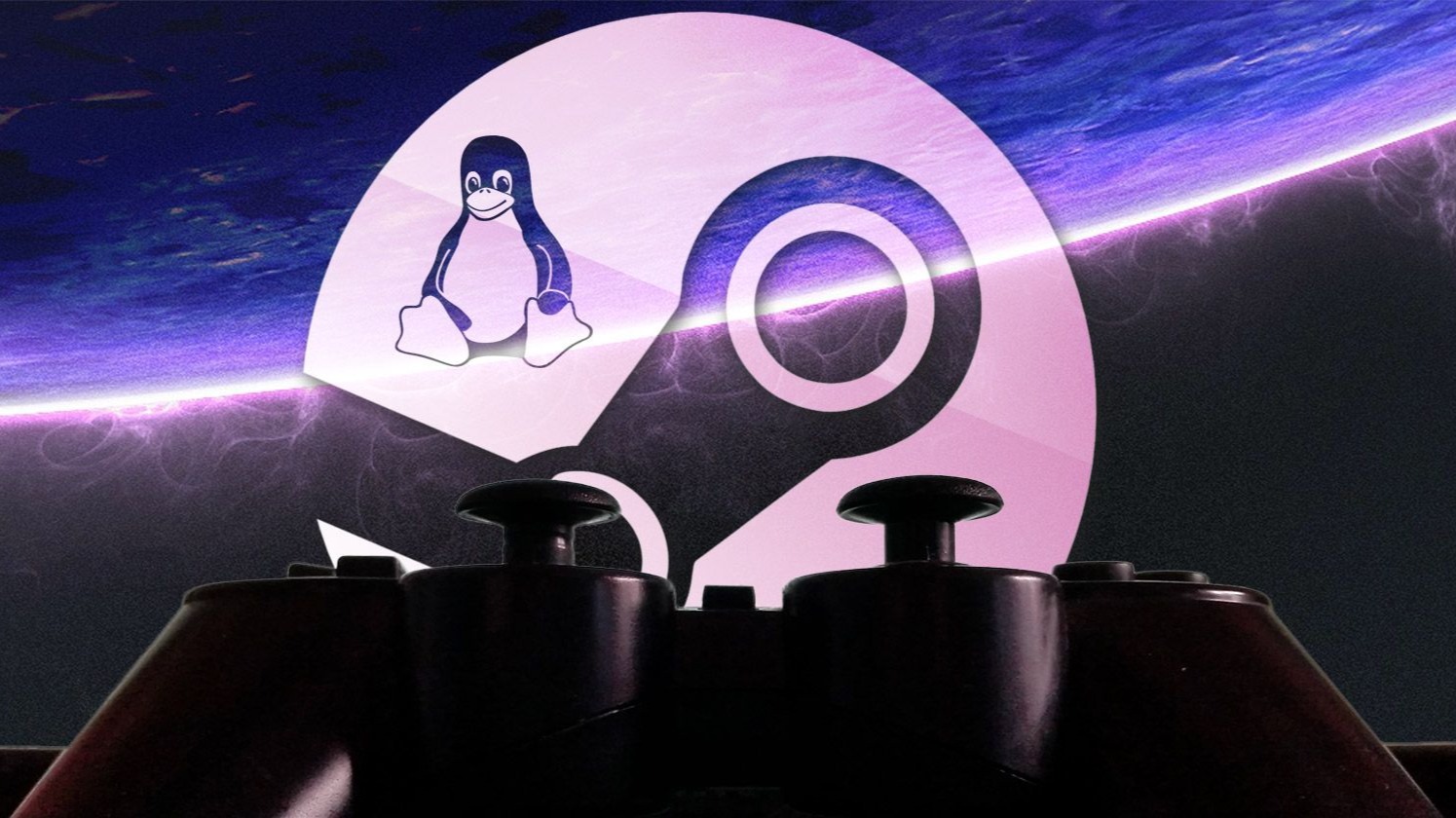 Linux Steam Marketshare Maintains Consistency: Could 2022 Actually be the "Year of the Linux Desktop"?

When Linux officially hit 1% marketshare on Steam's July 2021 hardware survey, I was pretty ecstatic. For three years since Valve dropped a bombshell that was Steam Proton, the marketshare would show an upward trend, but not quite get there. I had that triumphant feeling, but in the back of my mind, I knew that Linux could easily fall back down. In fact, I expressed as such in my writeup about it:

Is it time to pop the champagne and party? Is the "Year of the Linux Desktop" finally upon us? I can say for sure that it's usually best to practice cautious optimism. While Linux has finally reached what seemed to be a mythical milestone, it took 3 years after the launch of Proton to accomplish that. Not only that, as demonstrated by the above graph, the marketshare tends to fluctuate up and down, meaning there's a good chance it can fall back below 1% by the August 2021 hardware survey.

Just a few days ago, Valve released the results of August 2021 hardware survey and great news, Linux managed to marginally raise its marketshare to 1.02%! 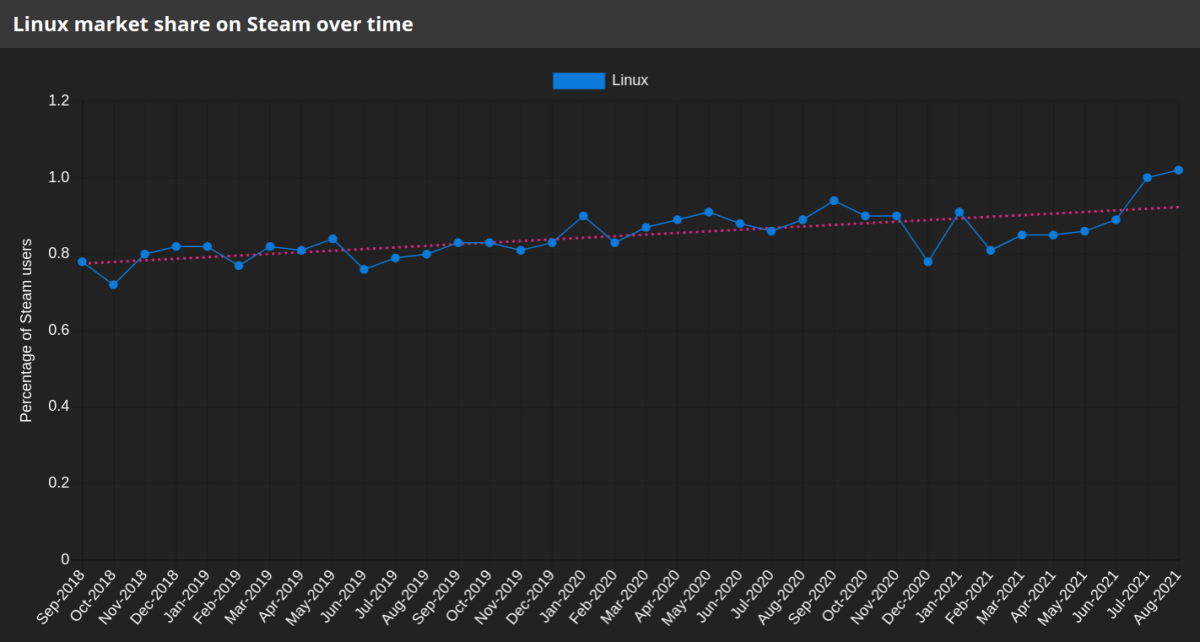 This is significant news as it shows that Linux hitting 1% in July was not a fluke. What was even more interesting, as pointed out by GamingOnLinux.com, was the fact that if you are to look at just anglophone users, the Linux marketshare among that demographic has been growing at a notable pace since May 2021. 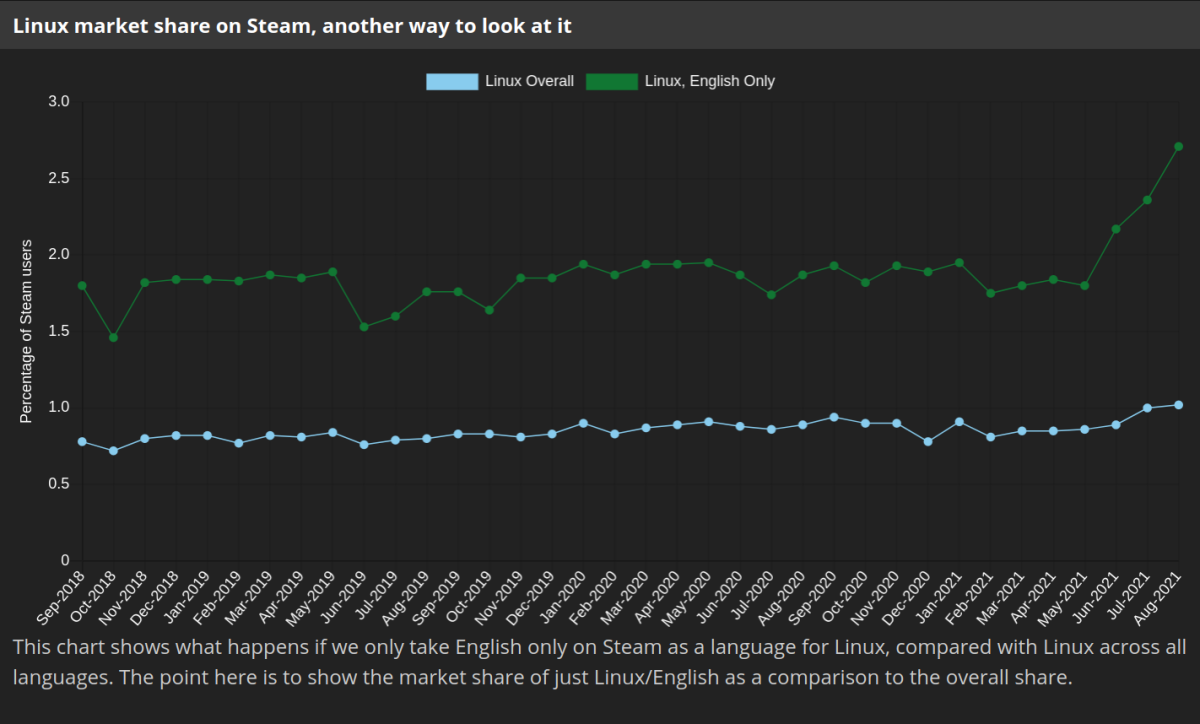 This implies that Linux gaming is growing in some of the biggest markets like the United States. Another piece of evidence is when you check out the hardware survey results, Windows's marketshare did not change, but Windows 10 took a notable decrease whereas the now unsupported Windows 7 rose in similar magnitude. This was also followed up by a notable reduction in English-speaking users whereas simplified Chinese Mandarin users made a whopping +7.21% increase. One can assume that the sudden rise in Windows 7 users came from China which is interesting considering the CCP's recent restrictions on how long children can play video games.

All of this leaves me wondering if 2022 may actually be the fabled "Year of the Linux desktop". Now, when I say that, I don't mean Linux dominating the OS market, but rather it getting big enough for both game and productivity software developers to take notice and perhaps, even make native Linux versions. Even though Linux has made pretty notable strides, to reach the status I just described is still a very big undertaking.

However, the Steam Deck could be that game changer (pun not intended) as I discussed in this writeup. Within the first 90 minutes of preordering, the Deck exceeded 110,000 preorders before Valve fixed the data leak. And that was in spite of the website frequently crashing. Assuming the Deck maintained that rate for the next 22.5 hours, then the the portable system would've gotten 1.76 million preorders. In 2020, Steam averaged out at 120 million monthly active users. Assuming that the MAU is similar for this year, then the 1.22 million Linux userbase on Steam will more than double when you include Steam Deck users (assuming they don't replace the preinstalled SteamOS for Windows). And the sales numbers may not just stop at 1.76 million. If you try to preorder one now, you won't be able to get it until Q2 2022 at the earliest. 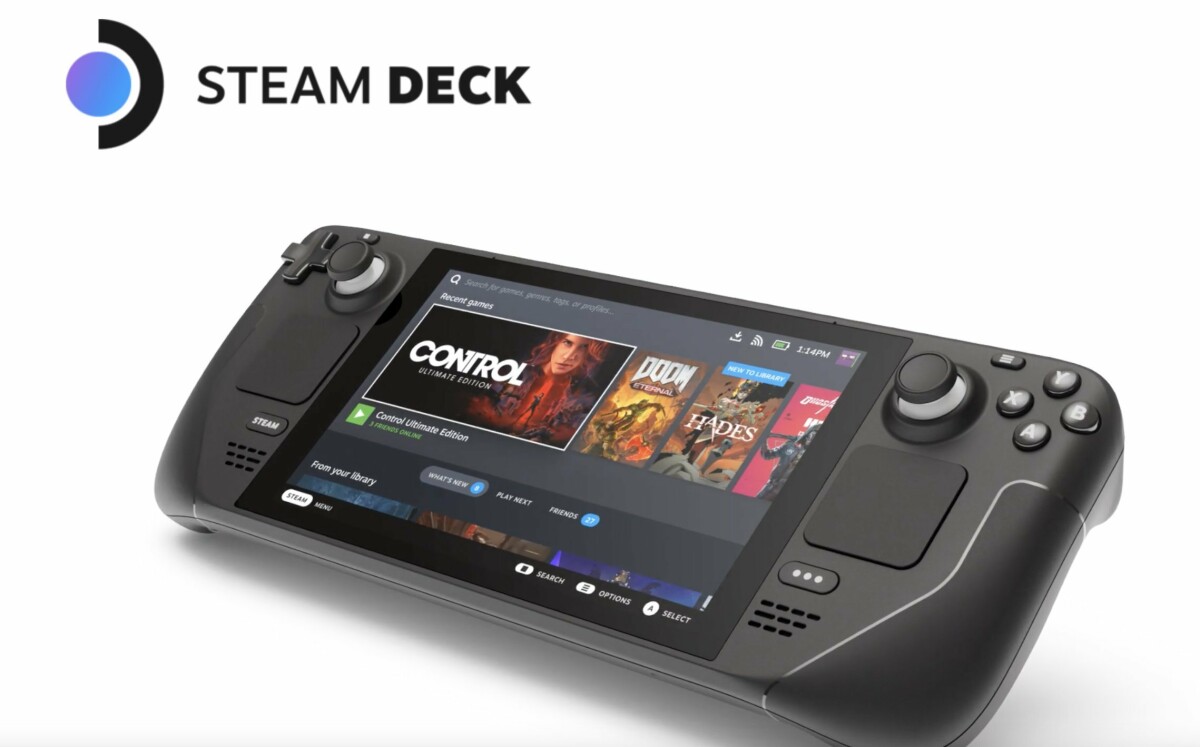 In addition, there just seems to be a general dislike and apathy for Windows 11 from both PC enthusiasts and the casuals. A month ago, when Gamers Nexus held a poll for its audience on what they would do, the vast majority was hesitant to install Windows 11 with a significant proportion preferring to stick with Windows 10. On top of that, many users in the comments section have either already installed Linux or are intending to do so. Microsoft has not helped itself either as I covered in this article where consumers were not happy with the company's stance on hardware support during its "Windows 11 upgrade paths and deployment tools" livestream (I am still surprised that Microsoft still has the like/dislike ratio public). Lastly, this purely anecdotal, but from what I have observed, people aren't excited about Windows in general and more so just tolerate it.

Overall, I think 2022 will shape up to be a big year for Linux, at least on the gaming side. Whether it will be the "Year of the Linux desktop" is on the eye of the beholder. However, there are multiple signs that suggest Linux does have the momentum on its side to make the "Year of the Linux desktop" more of a possibility than what is has been for years: a fairy tale. From the high Steam Deck preorders to Valve's huge commitment to Steam Proton to the general public's apathy towards Windows 11, I would expect the penguin to at least rock the boat. 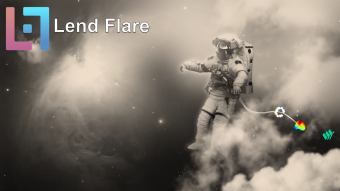