The Founder of IOTA Sold All His Tokens!

Sergey Ivancheglo, one of the founders and developers of IOTA, has announced the sale of all MIOTAs. Ivancheglo showed a conflict of interest as to why he had divested his tokens.

Ivancheglo has been a core member of the IOTA ecosystem for some time and has even been on Board of Directors of IOTA Foundation more than a year ago. In a blog post in August 2018, he described himself as "one of founders of IOTA and core developer of reference implementation". Ivancheglo's position on the board didnt last long and he resigned last June.

Ivancheglo has been working as an independent developer for IOTA since June. Ivancheglo, who appeared on IOTA's Discord channel under the username “Came-from-Beyond”, has admitted to selling all of its MIOTAs. The developer argued that to avoid conflicts of interest. How much MIOTA hired Ivancheglo is unknown. 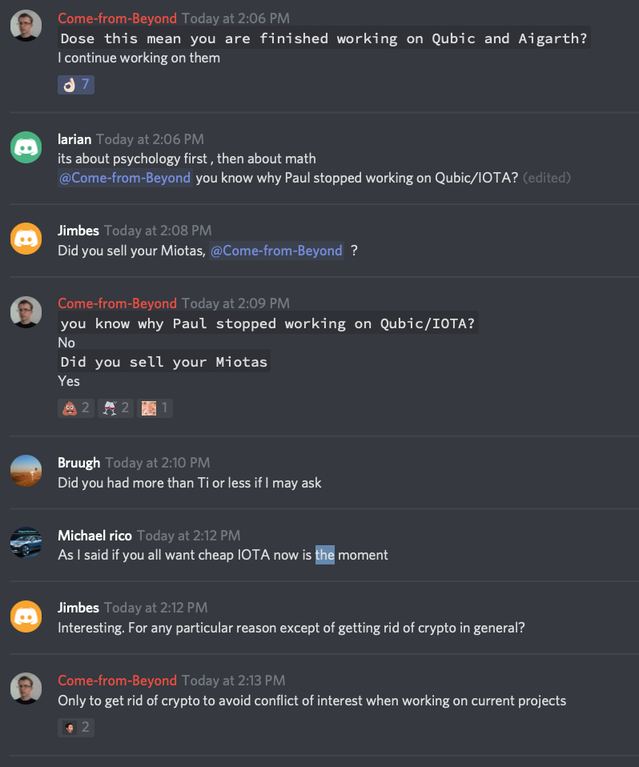 This immediately brought to mind the founder of Litecoin, Charlie Lee. Lee announced in 2017 that it sold all its LTCs. It is not known when Ivancheglo sold his MIOTAs, while the crypto currency is trading at $ 0.26 as of today. In late 2017, MIOTA found buyers for over $ 5.5.