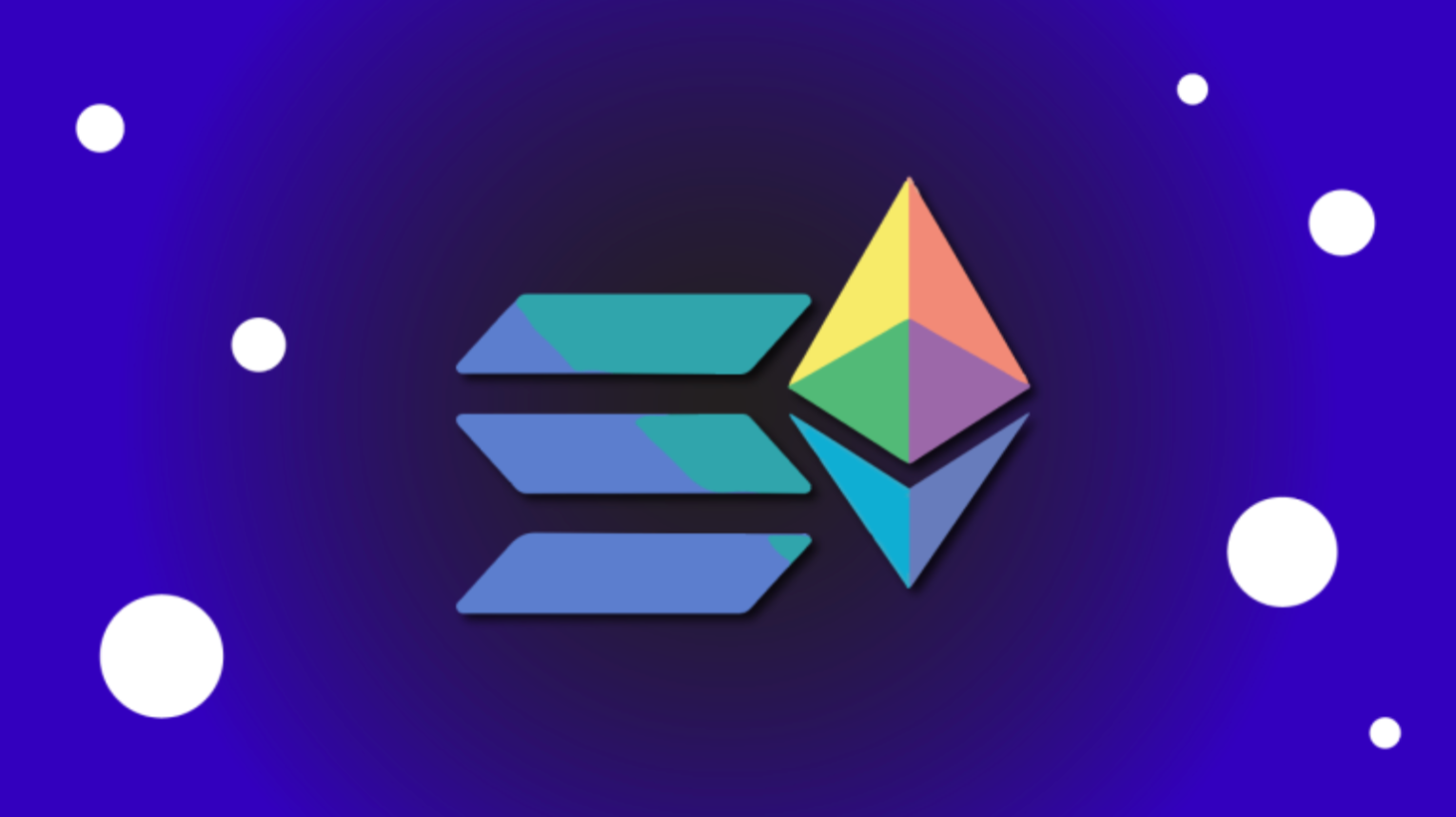 It has been a while now but we’re on our way to mass adoption of Non Fungible Tokens (NFT’s). When it comes to the most mainstream blockchains we could have easily seen Ethereum chain in the lead. The popular chain became meta for it’s users, looking to dig deeper into the DeFi underworlds, and to it's NFT sellers, which need the kind of audience that only Ethereum has been able to offer, like none other.

In this environment though, as we know, things have a strong tendency to change, and as of today, Ethereum it's quickly losing the grip among it's users due to it's limitations. As we’ve witnessed in the past few months, Solana has rapidly risen in popularity, becoming a Hub to many blockchain's users. This is mostly due to the fact that transactions cost way less compared to Ethereum and it’s purpose is to give to it’s users a better and cheaper solution with a higher scalability.

In this article we’re going to see why Ethereum has lost popularity and the reasons why Solana's blockchain is closer than ever in tanking down Ethereum’s blockchain and grabbing the lead.

Some studies have recently found that Ethereum’s NFTs volume share has fallen from 95% (at the beginning of 2021) to about 80%. If this trend will keep it’s pace it’ll most certainly have a heavy impact on the cryptocurrency’s price on the market. The scalability issues made individuals and projects on the blockchain soon realize that they had to move out in order to keep up with their “business as usual”. Even the recently infamous ApeCoin will need to migrate to it’s own chain in order to scale properly. Ethereum’s supporters finally came to realize that the project is a dead end. If the platform’s leader Vitalik Buterin doesn’t succeed in delivering Ethereum 2.0 in-between the next year or two, the chances of Ethereum failing are particularly elevated.

As an example of the reason of the out-chain migration, just five days ago Ethereum’s gas per transaction reached $12k and as many rushed their assets into other blockchains, others believe this is a way the industry it’s shaking off “dead leaves” out of the tree. But this is where speculation ends. The rest it’s still a big question mark and we’ll have to decipher it as we move forward in time. Does any of you remember when Mr. Gary Vaynerchuk started speaking about the fact that we were about to fall into a very long NFT’s cold winter? Only now we’re truly able to understand that he might have been referring specifically to the Ethereum ecosystem.

For starters, Solana it’s an eco friendly blockchain that works on a Proof of History protocol, which allows the blocks (on blockchain) to be processed faster and way cheaper than Ethereum’s proof of stake protocol. Nevertheless, it has recently started to empower it’s network in order to manage the high level of transactions occurring daily, and as it’s building it’s fundaments for the future is as well aiming at building trust, based on real facts, with it’s users today.

According to what Jonathan Choi, chief investment officer at Metaplex said: “Ethereum will always be a premier chain for launching NFTs and have one of the most vibrant communities in crypto, but due to some of its limitations, there will still be challenges and concerns for broader audiences and developers,”. And in part, that's exactly where Solana it's recently picking up it's popularity from. Solana has grabbed the opportunity and evolved to become the chain for excellence to many Ethereum users and not only. On one hand this is due to the almost free gas fees prices (0.0002 SOL per transaction) on chain compared to Ethereum and it's faster scalability. On the other hand it's because investors do obviously wish to capitalize and Ethereum gas fees became too hostile for many.

There's still a long way to go for either Ethereum and Solana in terms of building their foundations, but for the moment users preferred leaving Opensea's platform (Ethereum's NFT platform) and migrate their investments into the most recently mainstream ones like Magic Eden (Solana's NFT platform) that are experiencing an everyday growing adoption and that are more than ever ready to take their chances in becoming leader of the sector.

Thanks in advance for your time and interest in reading this article, I hope I managed to help someone along the way. For any question relating to the topic don’t hesitate to ask in the chat!

Some of the Hot News in the Cryptomarket at your disposal in one Blog.